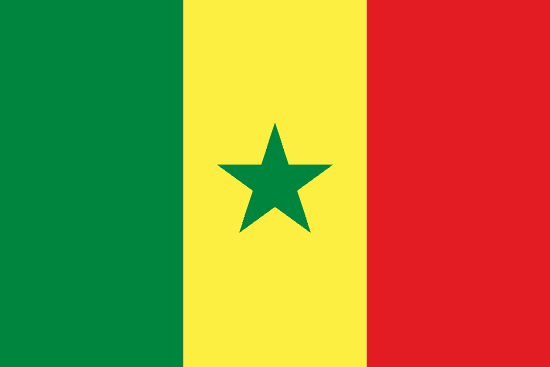 Located on West Africa's Atlantic coast, Senegal is surrounded by Mauritania to the north, Mali to the east, and Guinea and Guinea Bissau to the south. Perhaps more interesting, it almost completely swallows Gambia, with the tiny country carved into its larger neighbor. Senegal has been an entry point for Africa for many centuries. Its navigable river, of which the country's name is derived, has provided a transportation artery for locals and foreign powers alike. Indeed, the arrival of French imperialists in the mid-17th century changed the region's political trajectory dramatically. French influence was strong in Senegal, given its use as a base for French power projection into the rest of what would become the West African element of France's global empire. Senegal's development since independence from France in 1960 as one of Africa's, and especially West Africa's, most stable democracies has allowed it to cultivate a relative influence in the region and in the Francophone world more generally, despite a relative lack of natural resources, widespread poverty and ethnocultural cleavages. Nevertheless, the country has had to manage a sometimes-troublesome relationship with its neighbor, Gambia, which provided safe haven and alleged funding to a long-running secessionist movement in Senegal's southernmost Casamance region during the reign of Yahya Jammeh, Gambia's dictatorial leader. Jammeh's downfall in 2016 created a shift in relations between the two countries, leading to more cooperation across multiple fronts. Moreover, Senegal has emerged in recent years as one of West Africa's most promising countries for energy exploration and exploitation. The potential future financial windfall from energy production could help the impoverished country continue robust growth in the years ahead.