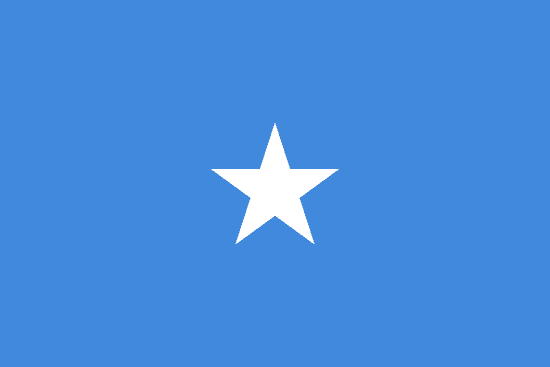 Located on the Horn of Africa, Somalia shares borders with Djibouti to the northwest, Ethiopia to the west and Kenya to the south. To the north and east along the Indian Ocean, the country has the second-longest coastline in Africa. Many have classified Somalia as the ultimate failed state, as civil conflict has gripped the country for decades. Some of Somalia's problems stem from the artificiality of the country's borders, as large ethnic Somali populations reside on the other side of the border in Ethiopia and Kenya. This weakness precipitated frequent external challenges to the country, especially during the Cold War when the United States and the Soviet Union staged proxy battles for influence in Ethiopia and Somalia. Somalia's biggest challenge lies in addressing a potent Islamist insurgency, followed closely by the need to reconstruct extremely fragile or nonexistent institutions. In addition to the threat posed by Islamist groups such as al Shabaab, deep-seated clan divisions have hindered efforts to foster unity. For example, the Somali National Army has received foreign financial support and training for many years, but it is largely incapable of defending the country amid its own internal divisions. Furthermore, Ethiopia, the region's landlocked giant, is eager to prevent Somalia from re-emerging as a regional threat, as it did in the 1970s. The massive internal and external challenges facing Mogadishu suggest that international efforts to stabilize the country will continue for years to come.