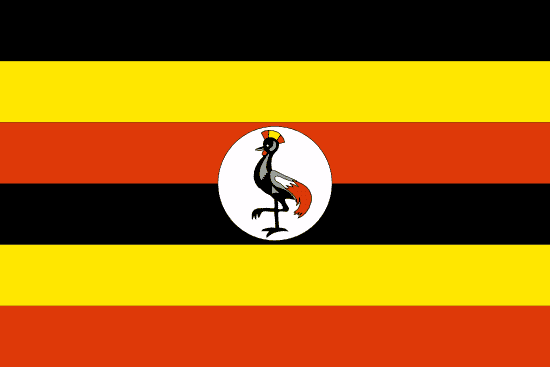 Landlocked Uganda is bordered by South Sudan to the north, Kenya to the east, Rwanda and Tanzania to the south, and the Democratic Republic of Congo to the west. The East African country has been recognized as one of the birthplaces of humanity, and its history stretches long into the past. In fact, its recent political trajectory was profoundly influenced by British exploration and colonization at the end of the 19th century. However, its geography and ethnic makeup have had a much deeper effect than British colonialism. For one, the country contains a significant portion of Lake Victoria, Africa’s largest lake and the world’s largest tropical lake. The lake has provided a transport artery for regional residents for hundreds — if not thousands — of years, helping facilitate trade and fasten more shared identities in this region as opposed perhaps to other African regions. The lake's trade benefits do not make up for the country's lack of easy access to an ocean and the international markets beyond, a situation that increases the costs of imports and exports to provide one of Uganda's chief challenges. In order to help manage this issue, Uganda must maintain positive relations with at least one of its ocean-facing neighbors, Kenya and Tanzania. This helps to explain why the Ugandan government has been a firm believer in regional integration into the East African Community. The fostering of closer ties helps bind the countries closer together in terms of political and economic relations. Relatedly, the shared ties and foreign interest in resources and goods of the region have helped spur infrastructure development in recent years, from which Uganda has benefited. In addition to external challenges, Uganda must manage its diverse internal ethnographic makeup. The country is home to many ethnic and linguistic groups, providing an additional difficulty in governance. The country’s leaders have not always managed this diversity well, with ethnic clashes and outright cleansing in the past. To overcome these issues, the country has more often than not turned to strongman rule to oversee the political system.