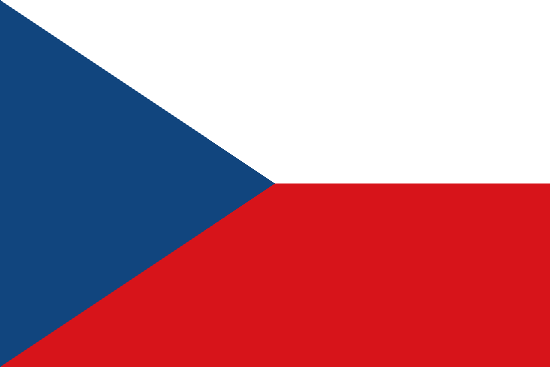 The Czech Republic is a landlocked country in Central Europe surrounded by Austria, Germany, Poland and Slovakia. Its capital and most populous city is Prague. The Czech Republic's historic regions are Bohemia in the west, Moravia in the east and Czech Silesia in the north-east. These regions coincide with the basins of the country's main rivers with the Elbe and the Vltava for Bohemia, the Morava for Moravia and the Oder for Czech Silesia. The Czech Republic's location and relatively flat landscape have historically brought prosperity to the region by placing it at the center of some of the oldest trade routes in Europe. Between the 11th and 19th centuries, the Kingdom of Bohemia was an essential part of the Holy Roman Empire and several of its kings were elected to rule as Holy Roman Emperors. But the Czech Republic's lack of natural barriers has also made it easy to invade. During World War II, for example, the territory that was then known as Czechoslovakia was occupied by the Nazis and, later, was brought under the Soviet sphere of influence. The end of the Cold War brought about drastic changes for the region and, in 1993, Czechoslovakia peacefully split into the independent states of the Czech Republic and Slovakia. The Czech Republic went on to join NATO in 1999 and the European in 2004. Currently, The Czech Republic is a dynamic, export-driven economy with low unemployment levels. But its deep connection to the German economy is both an advantage and a threat, as the Czech economy is subject to fluctuations in the economic health of its main trading partner. As a small country, Prague often seeks to balance its membership in blocs such as the European Union with protecting its national sovereignty. The country has so far chosen not to join the eurozone but has also sought to deepen ties with its Central European neighbors through the Visegrad Group, which includes Hungary, Poland and Slovakia. As the European Union's core membership insists on efforts to federalize, this will present a challenge for the Czech Republic.