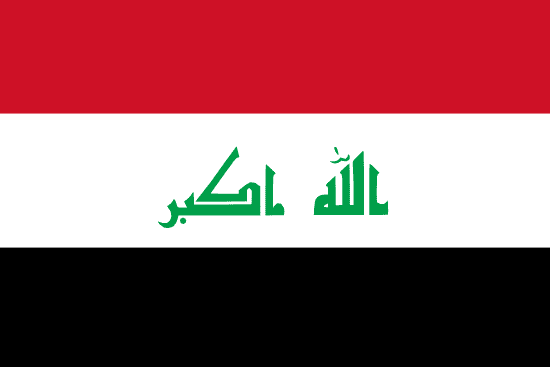 Iraq rests at the heart of the Middle East, wedged between large and small powers alike. The country is divided into three topographic zones: the riverlands of Mesopotamia, the land between the Tigris and Euphrates rivers; the western and southern deserts, which reach into Saudi Arabia and Syria; and the highlands of Iraqi Kurdistan. The southern deserts shield Iraq from attack, while the northern highlands impede any attempt at conquest from Anatolia. But the open Syrian Desert provides a route into Iraq from Syria, especially along the Euphrates River, and the country’s eastern frontier has few natural barriers to prevent invasion from Iran. The flat riverlands are similarly vulnerable to incursion from any power able to land an army from the Persian Gulf. Historically, foreign forces have used these routes as a means to penetrate Iraq’s borders. In premodern times, Iraq’s wealth came from its agricultural core, which forms the heart of the Fertile Crescent and stretches to the Persian Gulf. The country’s 37 million people are still mostly concentrated in these farmlands today. But the discovery of oil in the north, east and south have shifted Iraq’s economic core from the agricultural riverlands to the northern highlands and the Iranian border, bringing prosperity to cities such as Mosul, Arbil and Kirkuk. For most of its history, Iraq has been dominated by its neighbors, which have left behind unique cultural, religious and ethnic legacies. The Sunni Ottoman Turks and the Shiite Safavid Persians helped produce the country’s modern Sunni and Shiite communities, while the sparsely inhabited western desert continues to have tribal and sectarian links to Saudi Arabia, Jordan and Syria. Some of these groups have kept their relationships with Iraq’s neighbors, which leverage those ties for their own strategic purposes. Meanwhile, in Iraq’s northern highlands, the indigenous Kurds have managed to maintain a cohesive identity throughout centuries of foreign domination. This isolation occasionally gives rise to Kurdish secessionism. As the northern highlands drift further from the central government’s control, the Sunni, Shiite, Christian and other communities of the riverlands and deserts jockey with one another for dominance of the state. Iraq’s geographic challenge is therefore to protect its vulnerable oil fields while managing a diverse population that is susceptible to external influence.