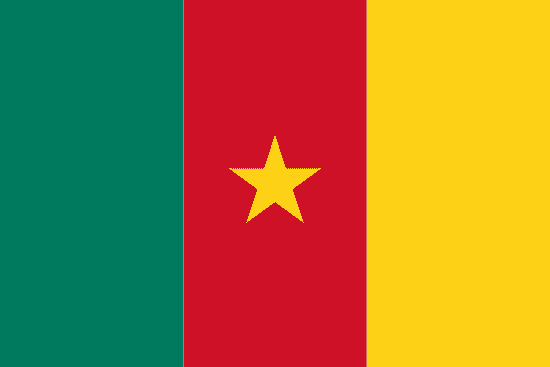 Cameroon is a Central African country which faces the Atlantic Ocean and is bordered by Chad to the northeast, the Central African Republic to the east, and the Republic of the Congo, Gabon and Equatorial Guinea to the south. The country has been profoundly affected by its unique colonial experience, passing from German control into Anglo-French dominion after a League of Nations mandate following World War I. The decades of British rule in the southwest and French rule everywhere else in the country helped pave the way for the country's challenges with unity. While Anglophone Cameroonians vote to join Francophone Cameroon in the early 1960s, Francophone authorities have struggled to allow for decentralization in the years since. Rather, Francophone rule in Cameroon has typically brought increased centralization and authoritarianism from longtime President Paul Biya. This has sparked cycles of violence and frustration in Anglophone areas, as well as heavy-handed countermeasures from Cameroon's government. Cameroon's position on the Atlantic Ocean has helped solidify its place as Central Africa's regional transport hub. Oil in landlocked Chad, for example, travels through pipelines in Cameroon on its way to the coast. Consequently, Cameroon's leadership is incentivized to focus on its attractive coastal position to drive investment and economic growth. However, this position does not fully mitigate the challenges of Central Africa, which is filled with weak states struggling to deal with militant groups creating instability. Wilayat al Sudan al Gharbi, better known by its former name, Boko Haram, has frequently attacked civilians and security forces near Cameroon's border with Nigeria. Mitigating threats from these and other militants will remain a key challenge for Cameroon in the years ahead.