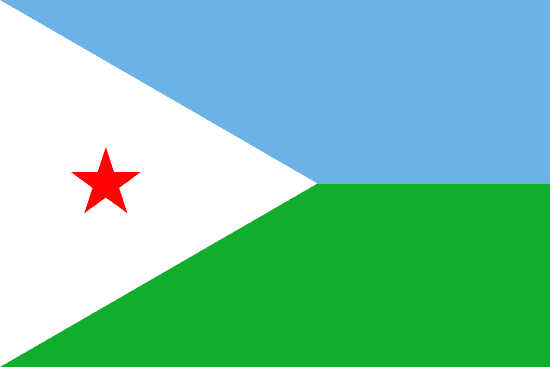 Djibouti is an East African country located on the Horn of Africa. It is surrounded by Eritrea to the north, Somalia to the south, Ethiopia to the east and the Red Sea and Gulf of Aden to the west. Throughout its history, Djibouti's geographic position has profoundly shaped the country. The location of the Bab el-Mandeb strait enticed French colonization of the area in the 19th century as the rise of maritime trade and the completion of the Suez Canal drove European interest in the region. Because France was unable to link its port in Djibouti with its holdings in Central and West Africa, Djibouti remained limited in size under the European power. After it achieved independence from France in 1977, the country's leaders were forced to grapple with nation building. Managing the country's internal divides has made this difficult, however, and the country fought a civil war in the 1990s as the country's main ethnic groups battled for political supremacy. Managing these divisions and resisting interference from regional neighbors seeking to destabilize the country are key challenges for Djibouti. Another crucial challenge is maximizing profits from the country's coveted geostrategic location. Djibouti hosts military bases from numerous foreign countries, including France, China, Japan and the United States. Because the country is relatively lacking in resources, generating revenue from its position will remain a key concern for Djibouti going forward. Relatedly, Djibouti wants to develop itself into the clear hub of logistics in East Africa. Already, the country benefits greatly from being nearly the sole conduit for Ethiopia's imports and exports. Consequently, Djibouti will need to continue proving its attractiveness to outside powers such as China and the United Arab Emirates as it seeks additional infrastructure developments to further its goals in the years ahead.