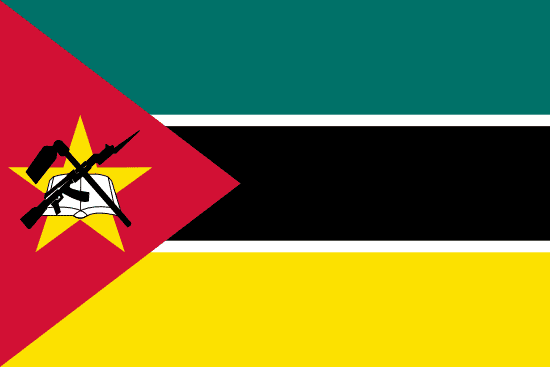 Located in southeastern Africa, Mozambique is bordered by Tanzania, Malawi, Zambia, Zimbabwe, South Africa and Swaziland. With a coastline of roughly 2,400 kilometers (1,500 miles), the majority of Mozambique's 23 million people reside in port cities. The capital, Maputo, is the largest city and the country's core — a result of its natural harbor and proximity to the dominant economy of South Africa. Founded in the 16th century by Portuguese seafarers seeking maritime resupply stations to and from Asia, explorers soon ventured inland for land and resources. Portuguese expansion was contained by rival colonial powers, which controlled the mountainous highlands to Mozambique's west. As a result, Mozambique is a low-lying landscape prone to malaria. The country's borders, made by European mapmakers, are Mozambique's main geographic challenge, as they do not factor in ethnic boundaries. Following its independence from Portugal in 1975, Mozambique struggled — often in armed conflict — to balance the country's two main ethnic groups. The Shangaan of southern Mozambique absorbed the colonial infrastructure concentrated in the core region. This enabled them to repel and contain the Shona of central Mozambique and other ethnic groups in the northern parts of the country. Since the end of its civil war in 1992, Mozambique has had one of Africa's highest economic growth rates. Recent exploration found a large coal basin in central Mozambique and a globally significant offshore natural gas basin in the north. These resources will force government attention away from the southern core to regions it must no longer sequester and now engage. Exploiting these natural resources without exacerbating ethnic tensions will test Mozambique's fragile unity.