Mexican Federal Police officers participate in the fourth National Search Brigade for people who have gone missing in the drug war in Huitzuco de los Figueroa, Guerrero, on Jan. 21, 2019. Mexico's breathtaking levels of violence show no signs of abating.

They're very brutal and they cause terror, but are they terrorists? That's the question Scott Stewart, Stratfor's vice president of tactical analysis, poses about Mexico's drug cartels in this engrossing discussion with Stratfor Chief Security Officer Fred Burton. Ultimately, terrorists spread terror for political ends, but that's not what Mexican cartels are doing, Stewart argues: "They don't want to govern, because it's expensive; it's a hassle. They just want to be free to conduct business the way they want to."

That, in turn, leads to another question: Why is Mexico using counterterrorism tactics against groups that aren't terrorists? Noting that "Mexico can't kill its way out of this problem," Stewart argues that Mexico must adopt a different strategy to reduce violence until the public can feel safe.

Listen in on Stewart and Burton's conversation for the state of play in Mexico's cartel war — and where it's going. 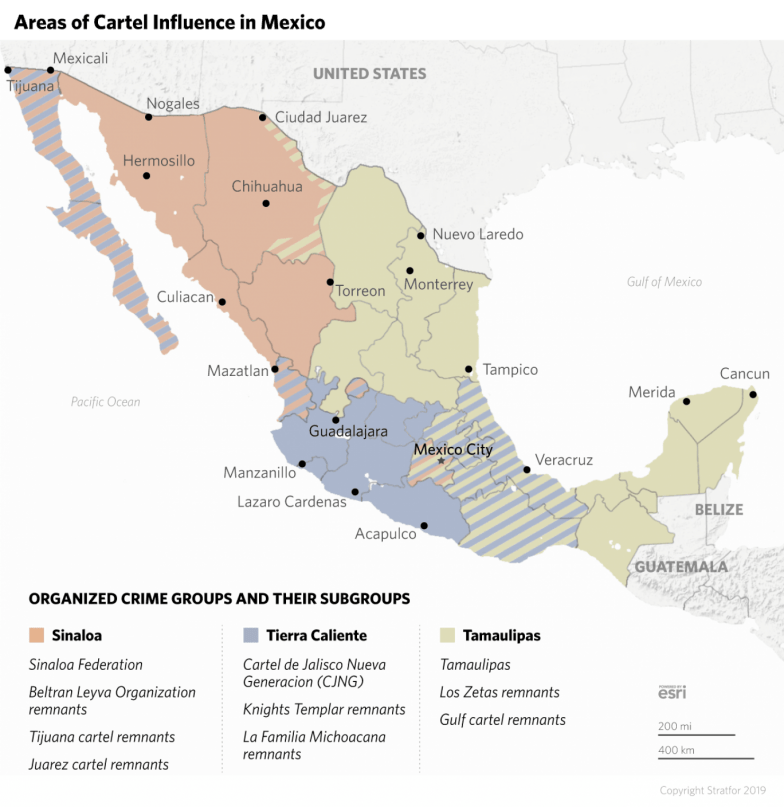 Stratfor Worldview has a complete library of information about Mexican drug cartels and terrorist organizations around the globe. Here are some of the most recent articles:

The Case for a Counterinsurgency Approach to Mexico's Cartel Wars

The Myth of the End of Terrorism

Murder in Mexico, a Mid-Year Checkup

In Mexico, Violence Flares Up Again in the Border City of Nuevo Laredo

If you're interested in learning how Stratfor can help you with analytical tools to visualize and anticipate those areas in the world where your interests and operations are at greatest risk, be sure to visit Stratfor.com to learn more about individual, team and enterprise access.

Have a question or comment for the Stratfor Podcast? Leave us a message and we may include your comment in a future episode. You can contact our podcast team at 1-512-744-4300 x 3917 or email us at podcast@stratfor.com.