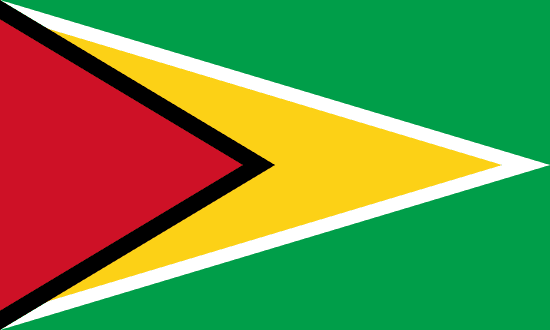 Guyana is a tiny country clinging to the resource-rich northern coast of South America. Culturally, it shares more in common with the nearby Caribbean than with its neighbors Venezuela and Brazil. This is not surprising, since Guyana was controlled by the British from the early 1800s to 1966. Similarly, the Dutch controlled the region east of Guyana, which would later become Suriname, and the French took possession of the area even further east, French Guiana, which remains a French overseas territory to this day. The vast majority of Guyana's 800,000 inhabitants live near the coast in the capital city of Georgetown. The country's interior is sparsely developed but is rich in minerals and other commodities. Gold and lumber are the major exports from this remote area. But because Guyana has a weak government, much of its commodity trade is carried out illegally, with participants paying no taxes and following no environmental regulations. Guyana's main political challenge since gaining independence in 1966 has come from abroad, as Venezuela has for decades laid claim to all of Guyana's land west of the Essequibo River — nearly half the country. No international body legally recognizes Venezuela's claim, but it still threatens Guyana's territory, since illegal miners and loggers continue to cross the border in ever greater numbers as Venezuela's economic crisis worsens. Offshore, several major oil companies are beginning production. But although Guyana's government revenue will increase, most of the country will not feel the economic benefits of oil, as jobs go primarily to skilled foreigners.