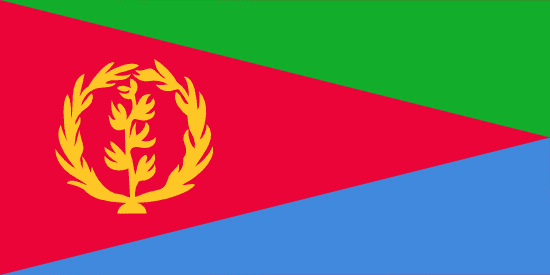 Eritrea is an East African country on the Horn of Africa. It is bordered by Sudan to the north, the Red Sea to the east, Djibouti to the south and Ethiopia to the west. By many accounts, the country had a traumatic birth. The area that eventually became Eritrea was colonized by Italy in the late 19th century but was then handed over to Ethiopia after the British secured the area after WWII. After decades of uneasy Ethiopian control, a multi-year insurgency eventually succeeded in wearing down the occupying military in 1991. The end of the bitter conflict stripped Ethiopia of its access to the sea, forcing it to place greater emphasis on its relations with neighboring Djibouti. The newly independent Eritrea, for its part, had to engage in significant state building with a nearly non-existent economy. Nevertheless, Eritrea maintained its aggressive approach to its military, engaging in conflict with Sudan in 1994, Yemen and Djibouti in 1996 and Ethiopia in 1998. The militarism of the 1990s prompted the rise of tighter measures in the 2000s, though the military kept its place at the top of a single-party state hierarchy. Since then, Eritrea has struggled to break out of its relative isolation from the international community. The lack of international support and the demands of a state on the near-perpetual brink of war with Ethiopia has necessitated heavy burdens on the local population. Balancing the country's lack of financial resources against its security demands is a key challenge for Eritrea's leadership. For this reason, Eritrea has demanded heavy remittances from its expatriate community and the country would likely be unable to function without regular injections of hard currency. Moreover, Eritrea has likely attempted to destabilize Ethiopia over the years to prevent it from flexing its muscles abroad, potentially against Eritrea. However, keeping Eritrea's military apace with that of the economically booming Ethiopia has proved exceedingly difficult in recent years.