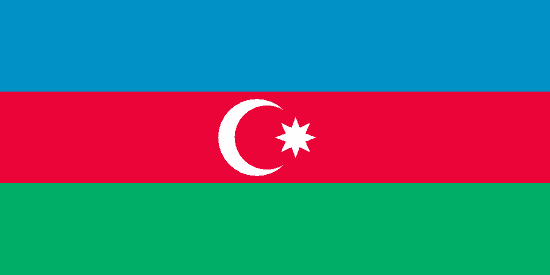 Azerbaijan is located in the mountainous and strategic region known as the Caucasus, which lies at the intersection of Europe, the Middle East and Asia. The country is in many ways defined less by its own territory than by its powerful neighbors. To the north is Russia, to the south, Iran and to the west, Turkey. All three of these countries have controlled parts or all of modern Azerbaijan throughout its history. Most recently the country was ruled by Russia under the former Soviet Union, but all its neighboring powers retain substantial influence and continue to shape the country. Outside its mainland borders is Azerbaijan's landlocked exclave of Nakhchivan, which flanks its historic rival Armenia and borders Turkey and Iran. Within Azerbaijan is the Armenian exclave of Nagorno-Karabakh, a Soviet-era holdover that, along with Nakhchivan, creates major regional tension. From 1988 to 1994, Azerbaijan and Armenia fought a war over control of Nagorno-Karabakh. Azerbaijan's capital city of Baku, located east along the coastline of the Caspian Sea, is where the country's economic, political and demographic resources are concentrated. Though the Caspian has no ocean access, Azerbaijan has been able to leverage its energy resources and location by building the Southern Gas Corridor energy route. This helps the country balance regional powers and maintain sovereignty from Russia in ways that neighbors Georgia and Armenia cannot. Despite this, Azerbaijan will always struggle with its position in a complex neighborhood, surrounded by larger powers. The country must maneuver carefully in order to preserve its independence.