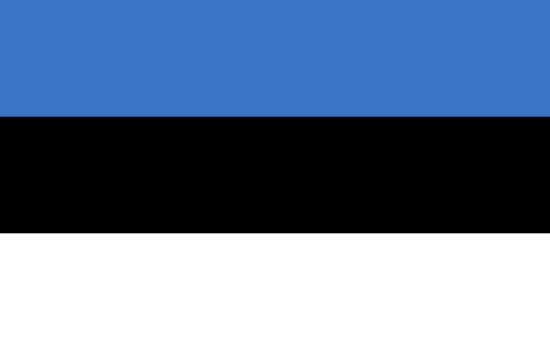 Estonia lies in Eastern Europe and it shares a border with Russia to the east and Latvia to the south. Baltic waters separate Estonia from Finland and Sweden, which lie to the north and west, respectively. Estonia has a population of roughly 1.3 million, most of whom live in the country's capital city of Tallinn. After a long history of domination by foreign powers, Estonia's main geopolitical challenge is to remain independent. Estonia's foreign policy is focused primarily on deterring Russian aggression by maintaining close political, economic and military ties with the European Union, NATO and the United States. Estonia is one of the few NATO members that meets the alliance's requirements for defense spending and, in recent years, has become a leader in cybersecurity issues. Still, most of the natural gas Estonians consume comes from Russia, and about a quarter of the country's population speaks Russian. Estonia's strategic position at the crossroads of multiple trade markets and its access to the Baltic Sea have made it attractive for invaders. A small, flat country, Estonia is surrounded by powerful neighbors and easy to invade. Because of this, modern day Estonia spent centuries under foreign rule from Denmark, Sweden and Russia. Estonia became independent in 1918 but was absorbed by the Soviet Union during World War II. After it regained independence in 1991, Estonia became a member of the European Union and NATO in 2004, and it joined the eurozone in 2010. Estonia's economy is deeply integrated with those of its northern neighbors, Sweden and Finland. In recent decades, Estonia has developed an open, dynamic economy with a large information technology center. However, the country also faces challenges from a declining population, because emigration rates are high and birthrates are below the replacement level.