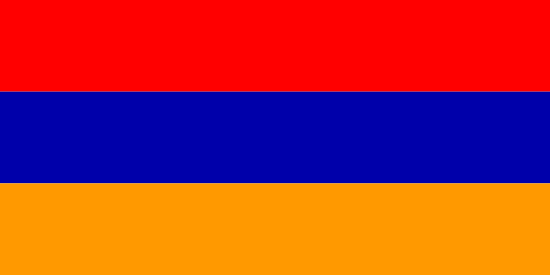 Located in the Caucasus region, Armenia is situated on the transcontinental land bridge between Europe and Asia. Several powerful countries in its neighborhood surround Armenia, including Turkey, Russia and Iran. For much of Armenia's history, part or all of the country has been controlled by each of its neighbors. Russia, which controlled Armenia most recently during the days of the Soviet Union, remains the most influential external power in the country to this day. Armenia's capital, Yerevan, is the country's core and contains most of the country's resources. The city of Gyumri, where Russian military forces are stationed, is key to the country's security. This Russian military presence protects Armenia from its neighboring rivals, Turkey and Azerbaijan. From 1988 to 1994, Armenia and Azerbaijan were at war over the Nagorno-Karabakh region. The region is now under de facto Armenian control but remains a lingering source of tension with its neighbor Azerbaijan. Because of its disputes with Azerbaijan and Turkey, Armenia is economically isolated. The country thus depends on Russia for economic support and military protection. However, Russia does not always act in Armenia's best interest. Still, sustaining Russian support - or that of another power capable of defending Armenia in its complex and contested neighborhood - is Armenia's greatest geographic challenge. Latest Forecast - Q2 2018: Next year will kick off a busy election season in the Caucasus, too. Armenia, Azerbaijan and Georgia will each hold presidential elections in 2018. More than the outcomes of these votes, though, the larger states nearby will influence foreign policy in the region. Azerbaijan and Georgia, for instance, will continue their efforts to forge closer energy, infrastructure and security ties with Turkey, while Armenia strengthens its military partnership with Russia and fortifies its economic links with Iran. Along the way, Tehran and Ankara will be careful not to challenge Moscow's strategic position in the Caucasus. Russia will remain the primary arbiter in the Nagorno-Karabakh conflict between Armenia and Azerbaijan, working to prevent the dispute from escalating while at the same time supplying both sides with arms.