Showing 707 results for Shaked sorted by 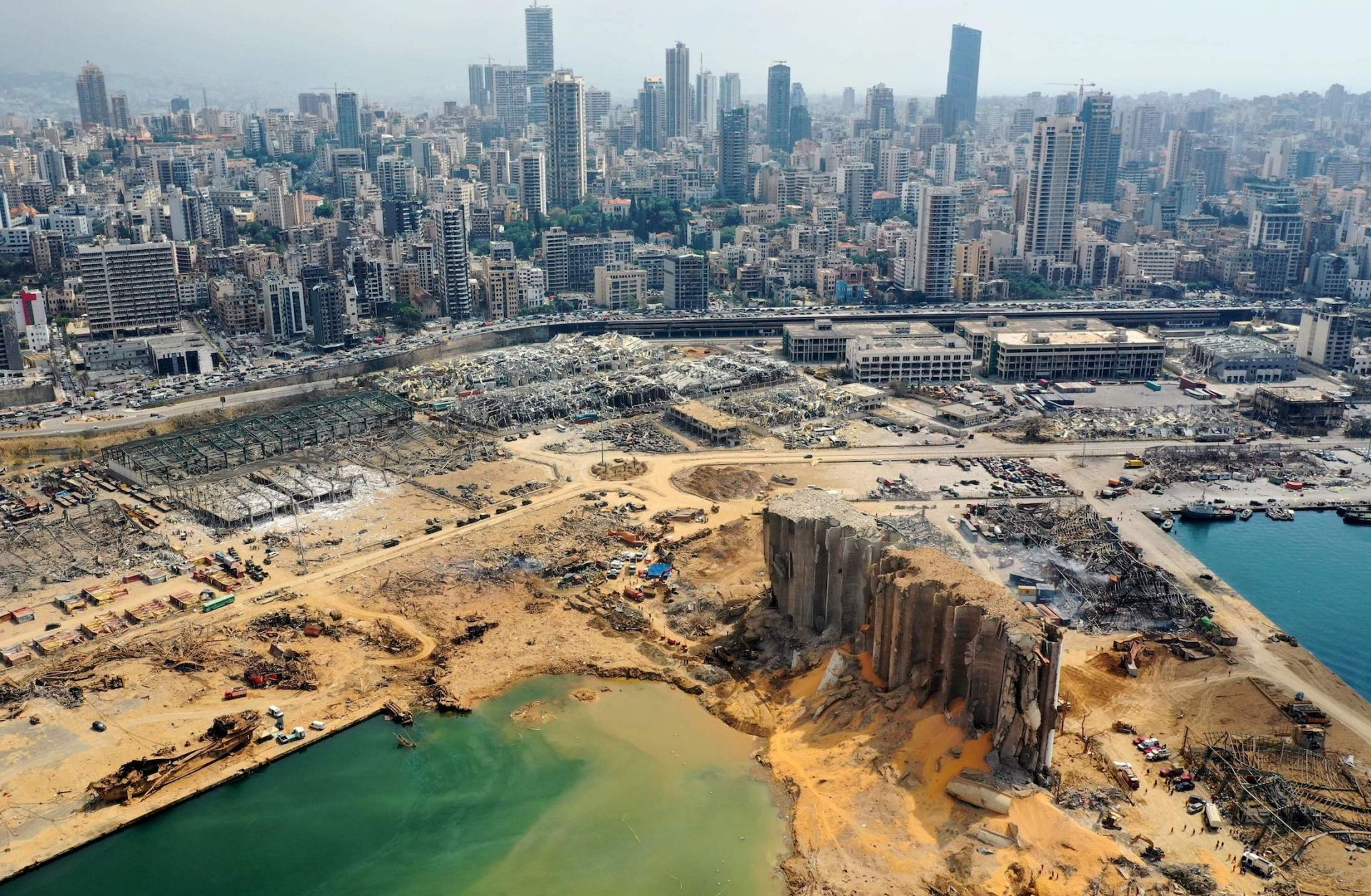 The Weekly Rundown: Anger in Lebanon, an Election in Belarus
A look at what the coming week will bring -- and a list of recommended Stratfor articles from the week that was.
READ MORE
United States
Hong Kong SAR, China
China
Belarus
Russia
Iran
Lebanon
COVID-19
AssessmentsAug 4, 2020 | 10:00 GMT 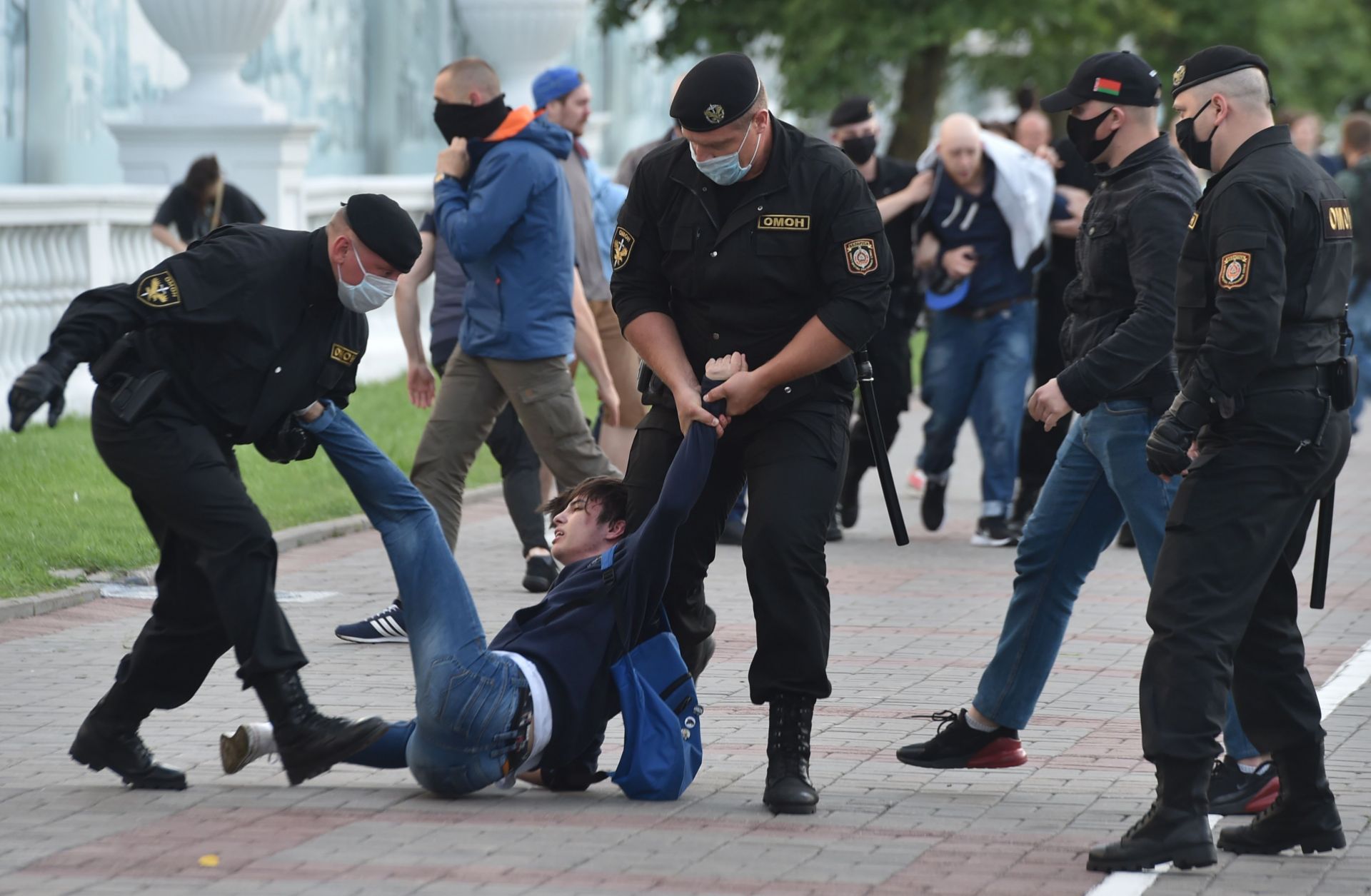 In Belarus, an Election Fuels the Fight for Russia's Borderlands
The likely tumultuous aftermath of Belarus's upcoming presidential election could significantly shake up the balance of power in the strategic borderland region between Russia and Western Europe. Amid the growing popularity of opposition movements in Belarus, the outcome of the country's Aug. 9 presidential election is widely expected to be heavily contested. The likely emergence of post-election protests will cast doubt over President Alexander Lukashenko's grasp on power and could open the door to a potential regime change. Belarus's importance to Russia's external security strategy will make Moscow extremely invested in the outcome of any power struggle in the country, which could prompt Russia to intervene directly.
READ MORE
United States
Europe
Ukraine
Belarus
Russia
COVID-19
Security
Energy
Economics
Military
The Fight for Russia’s Borderlands
SnapshotsJul 7, 2020 | 10:00 GMT 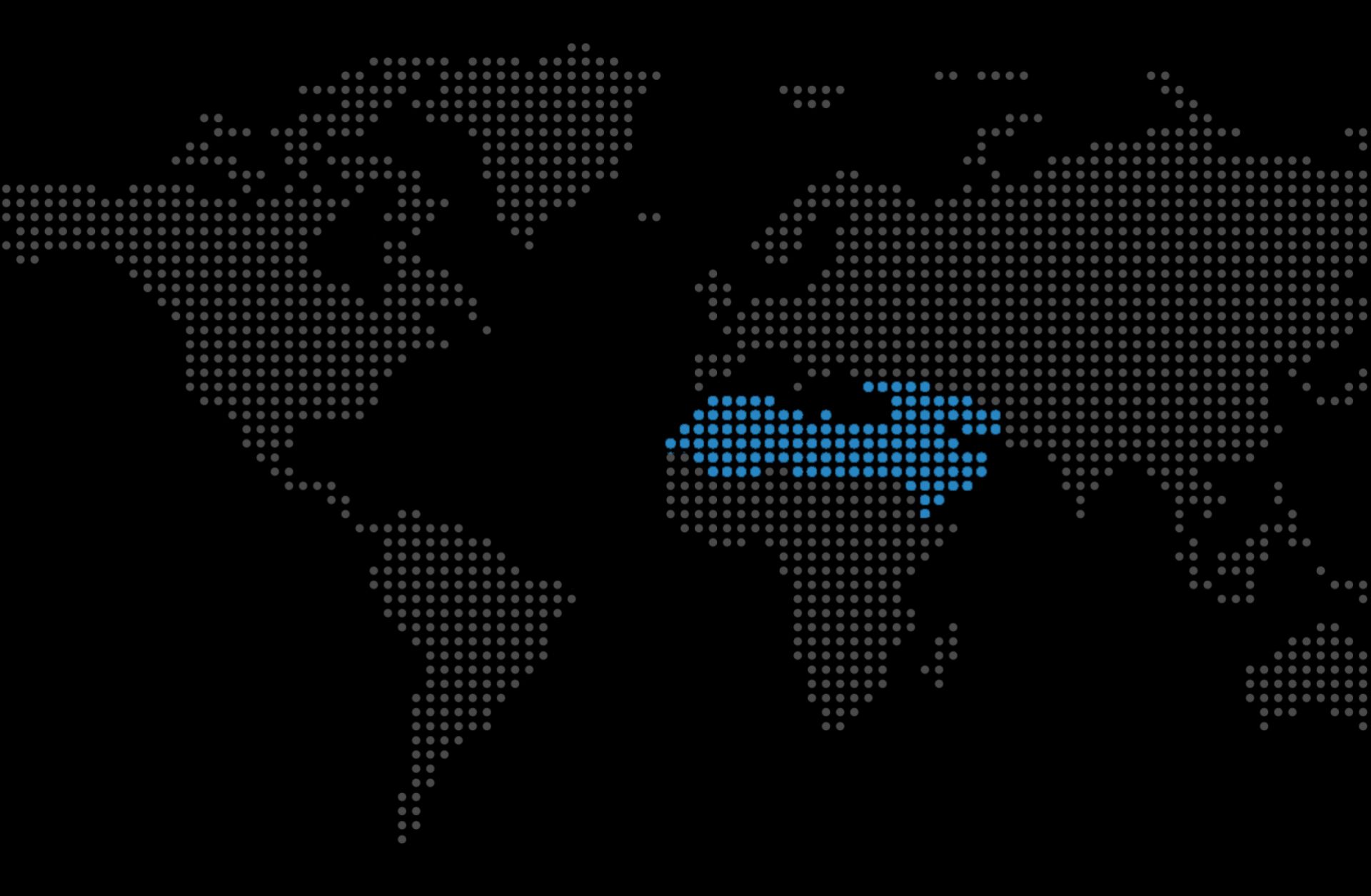 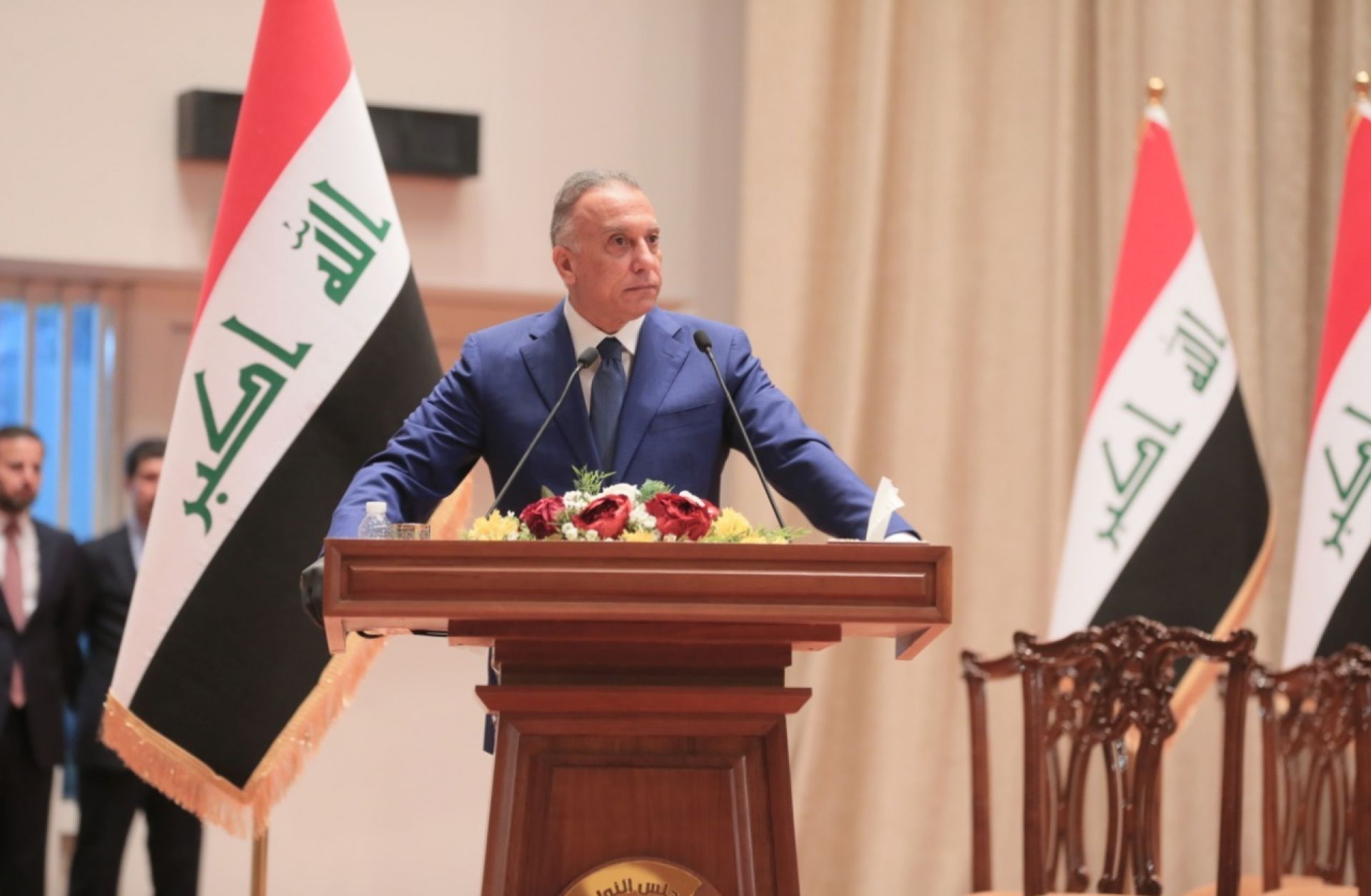 A Monumental Task Awaits Iraq’s New Government
On May 7, Iraq swore in its first legitimate government since violent protests led to the collapse of its last government in December. After months of political turmoil, the formation of the new government, led by former intelligence chief Mustafa al-Kadhimi as prime minister, is in itself an achievement. But no matter how coherent al-Kadhimi’s administration proves to be, Iraq’s increasingly dire economic situation -- made worse by the COVID-19 crisis and subsequent oil market shocks -- will make it difficult to maintain social and political stability, as well as manage domestic and external security.
READ MORE
Iraq
COVID-19
Economics
Politics
Energy
Rebalancing Power in the Middle East
The Jihadist Wars
On GeopoliticsMay 10, 2020 | 10:00 GMT 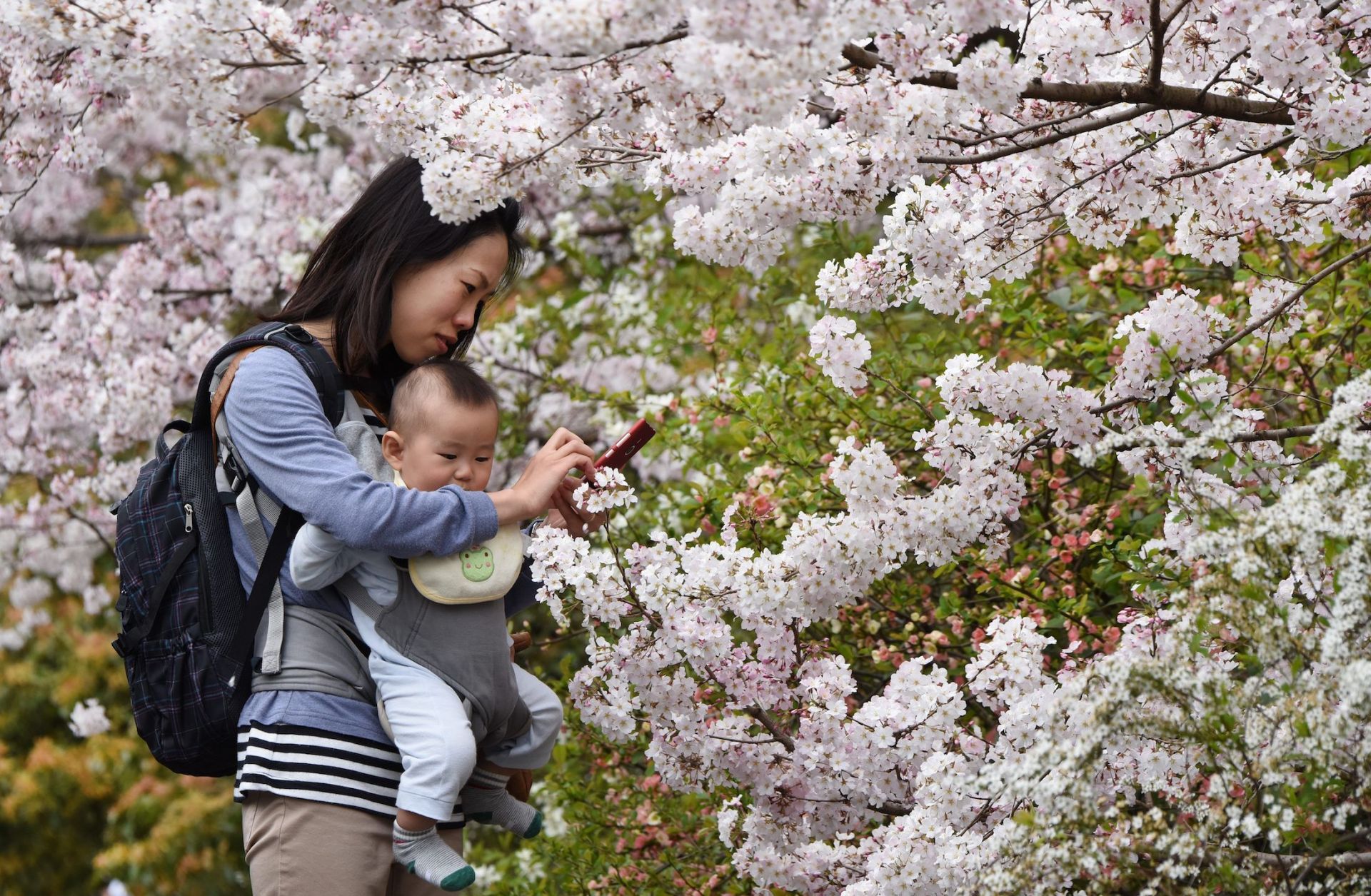 The Geopolitics of Postmodern Parenting
During the two months I recently spent away from work to fulfill my demographic duty, I found that most of my conversations with visitors followed the same pattern. The talk quickly turned from the standard cooing over my baby girl to an intensive debate over parental leave: how much time and flexibility to grant new parents in the workforce, how to reconcile career ambitions with the responsibilities of human procreation, how to compensate for the crazy cost of child care and how to boost birthrates. As a white-collar, taxpaying working mother in the United States, I had become one of the statistics I used to pore over as an analyst pondering the implications of aging and shrinking populations. But you don't have to be a parent -- or an analyst, for that matter -- to care about this stuff. In fact, a lot of the global angst today over stagnant economic
READ MORE
United States
Japan
Europe
Sweden
Economics
Politics
The Global Demographic Crunch
GuidanceApr 25, 2020 | 14:00 GMT 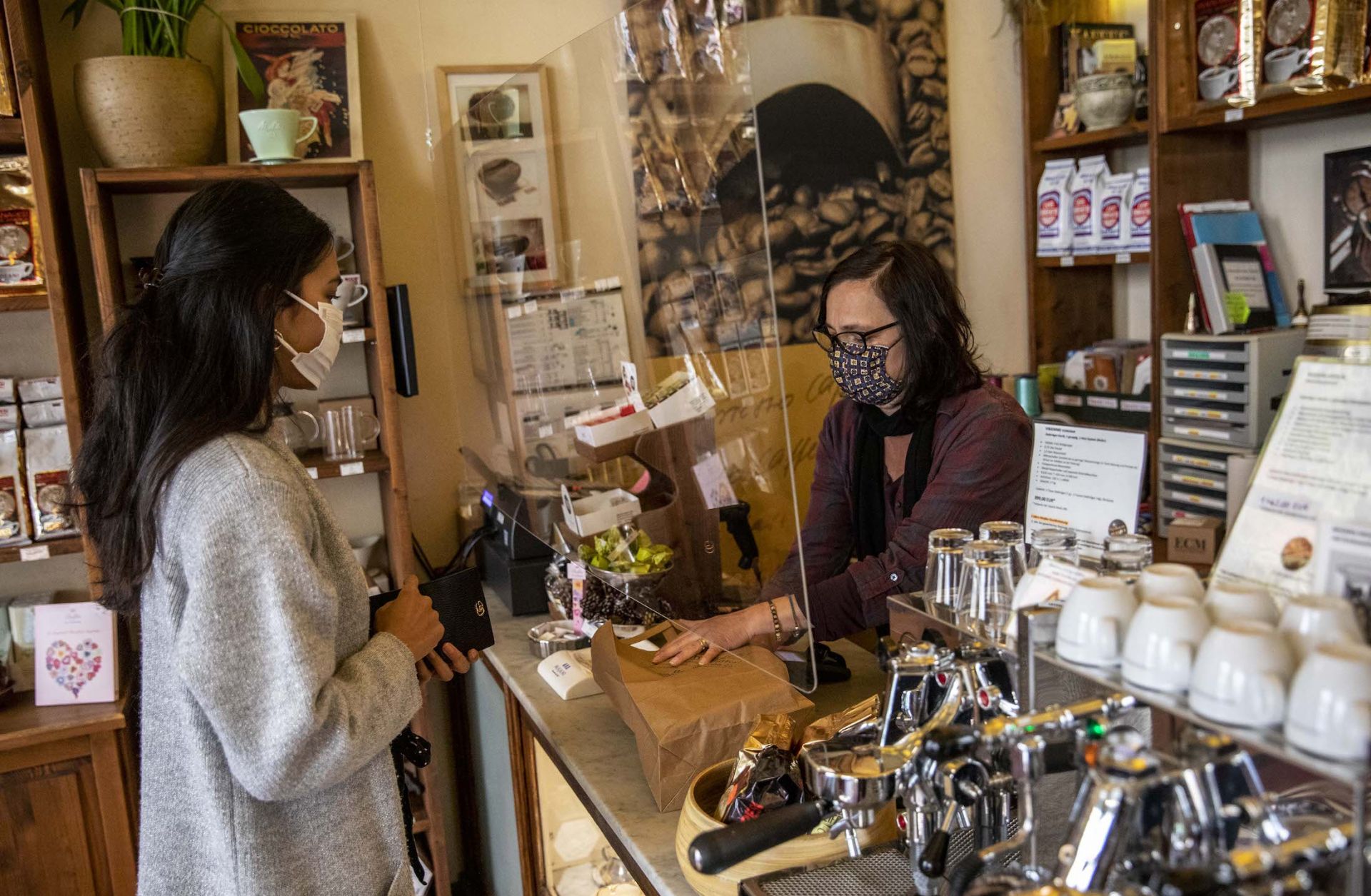 The Weekly Rundown: The World Peaks its Head Out From COVID-19 Lockdowns
A look at what the coming week will bring -- and a list of recommended Stratfor articles from the week that was.
READ MORE
South Africa
Indonesia
Malaysia
Singapore
Thailand
Vietnam
Kazakhstan
Israel
India
COVID-19
AssessmentsApr 22, 2020 | 10:00 GMT 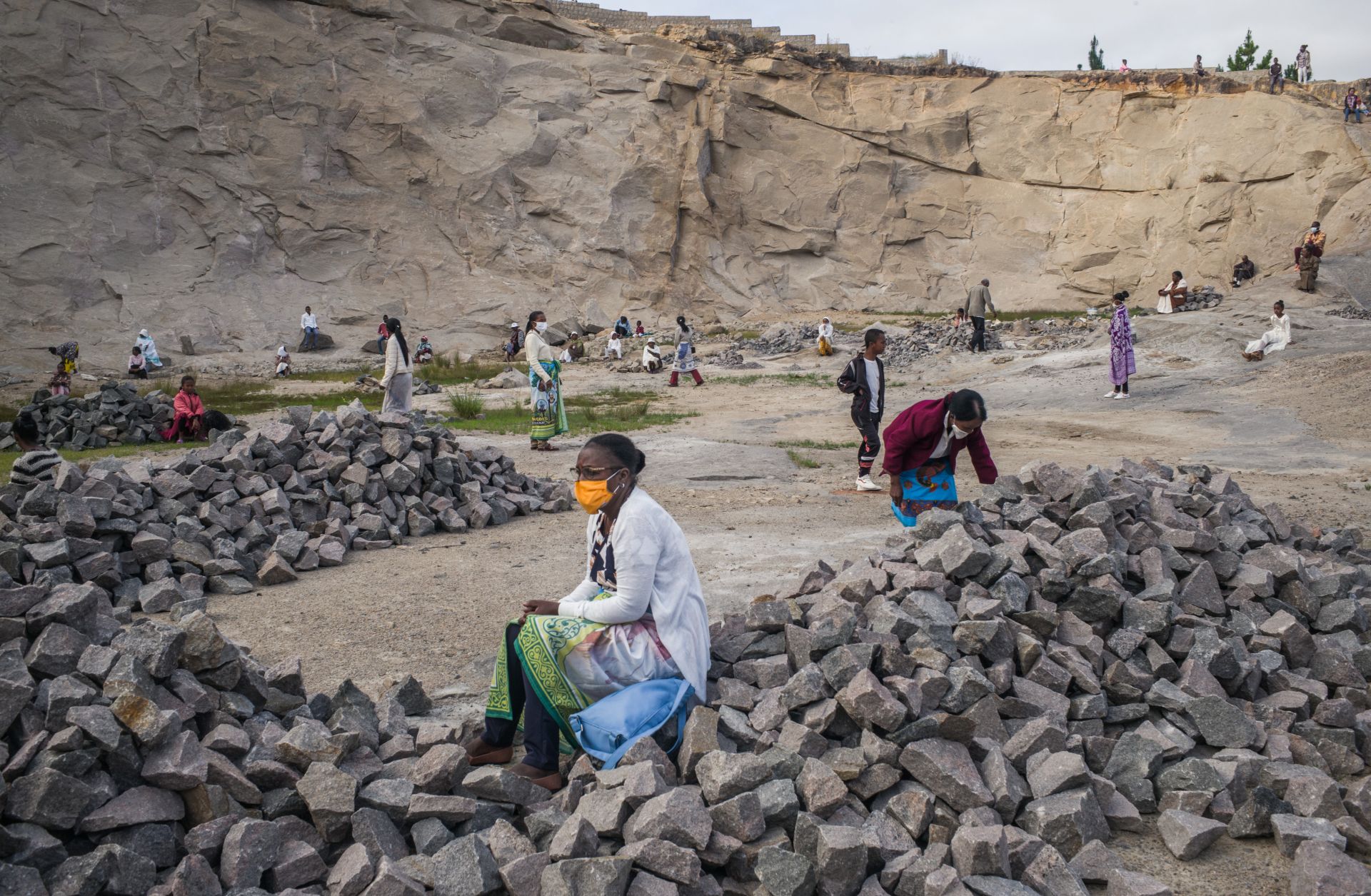 COVID-19 Shakes Up Southern Africa’s Mining Sector
Current COVID-19 disruptions may provide only a short-term challenge for Southern Africa's lucrative mining operations. But they will come just ahead of a longer-term blow to revenue caused by the pandemic-induced global recession and the subsequent drops in demand for mineral resources. After soaring throughout 2019, platinum prices, for example, have already dropped roughly 20 percent since the beginning of the year. Meanwhile, the world’s largest producer of platinum, South Africa, has been forced to shutter its massive mining sector in the hopes of containing its own fast-evolving outbreak. Some countries such as Tanzania and Namibia have managed to benefit from the new influx of export traffic afforded by South Africa’s COVID-19 crisis. But it may be only a matter of time before widespread outbreaks force more mining firms across the region to choose between securing their profit lines or the safety of their workers. Regardless of the direct health impacts, however, steep losses
READ MORE
Democratic Republic of Congo
Namibia
South Africa
Tanzania
Zambia
COVID-19
Economics
The Suitors of Sub-Saharan Africa
AssessmentsApr 8, 2020 | 18:16 GMT 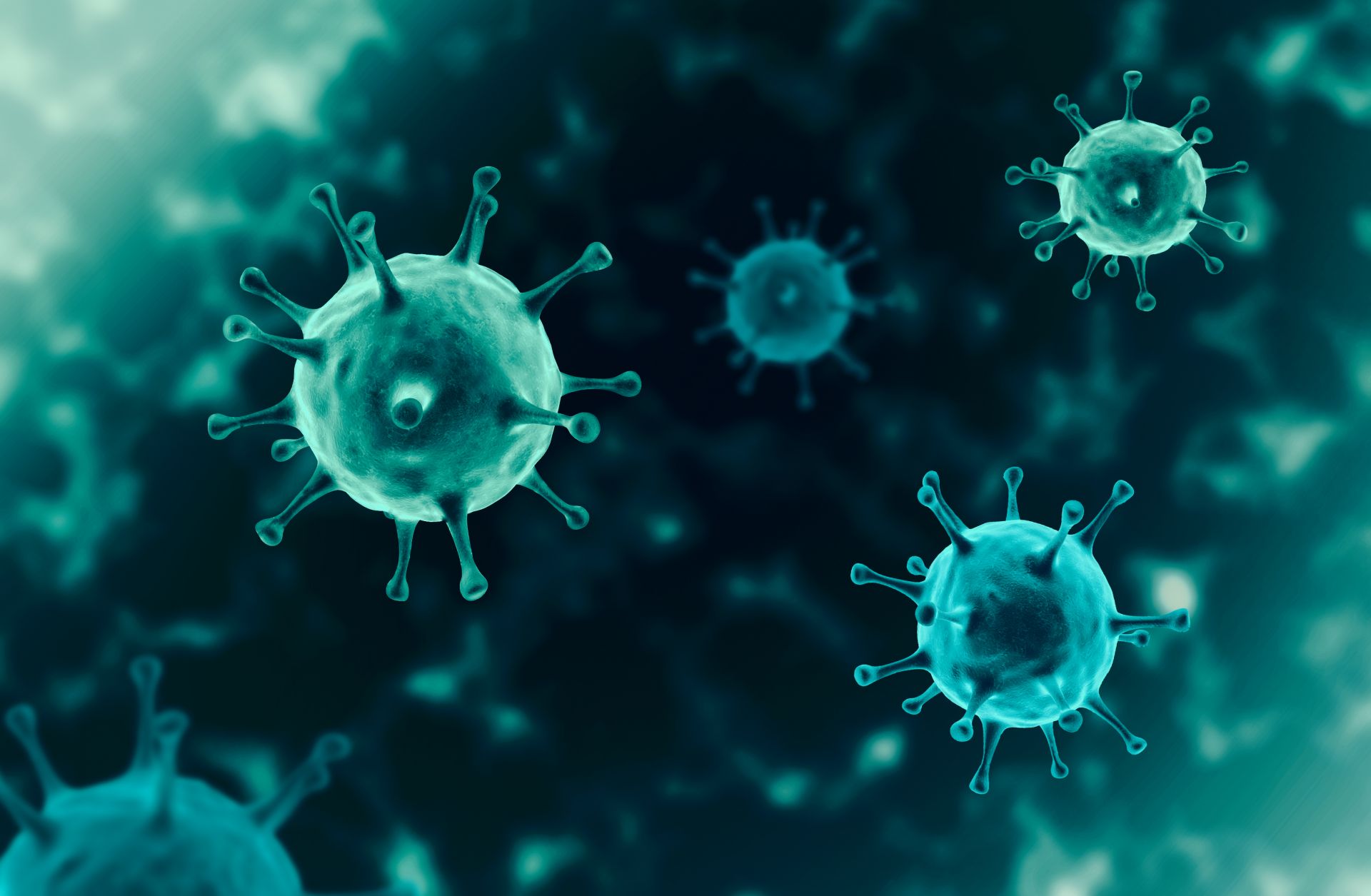 COVID-19: Frequently Asked Questions About Getting Back to Work
To help clients sift through the growing sea of COVID-19 information, RANE pulsed its network of experts to level set what should be top of mind for businesses and individuals as the pandemic unfolds. Stratfor’s geopolitical content and analysis will soon be available through RANE’s platform, where members receive exclusive access to a global marketplace of credentialed risk experts and service providers, proprietary community-driven risk intelligence, and a range of support services and risk management programs. For more information about RANE and Stratfor, visit https://go.ranenetwork.com/stratfor/rane.  This FAQ covers the following questions: What do we now know about this illness and who gets it? How can individuals best protect themselves? Do I need to worry about people getting infected by the virus living on things they touch? What do we do if someone shows symptoms while in the workplace? What can I do to mitigate the risk of being shut down by health authorities? How does this end?
READ MORE
United States
China
Europe
Spain
Italy
COVID-19
Security
Economics
BusinessMar 19, 2020 | 17:43 GMT 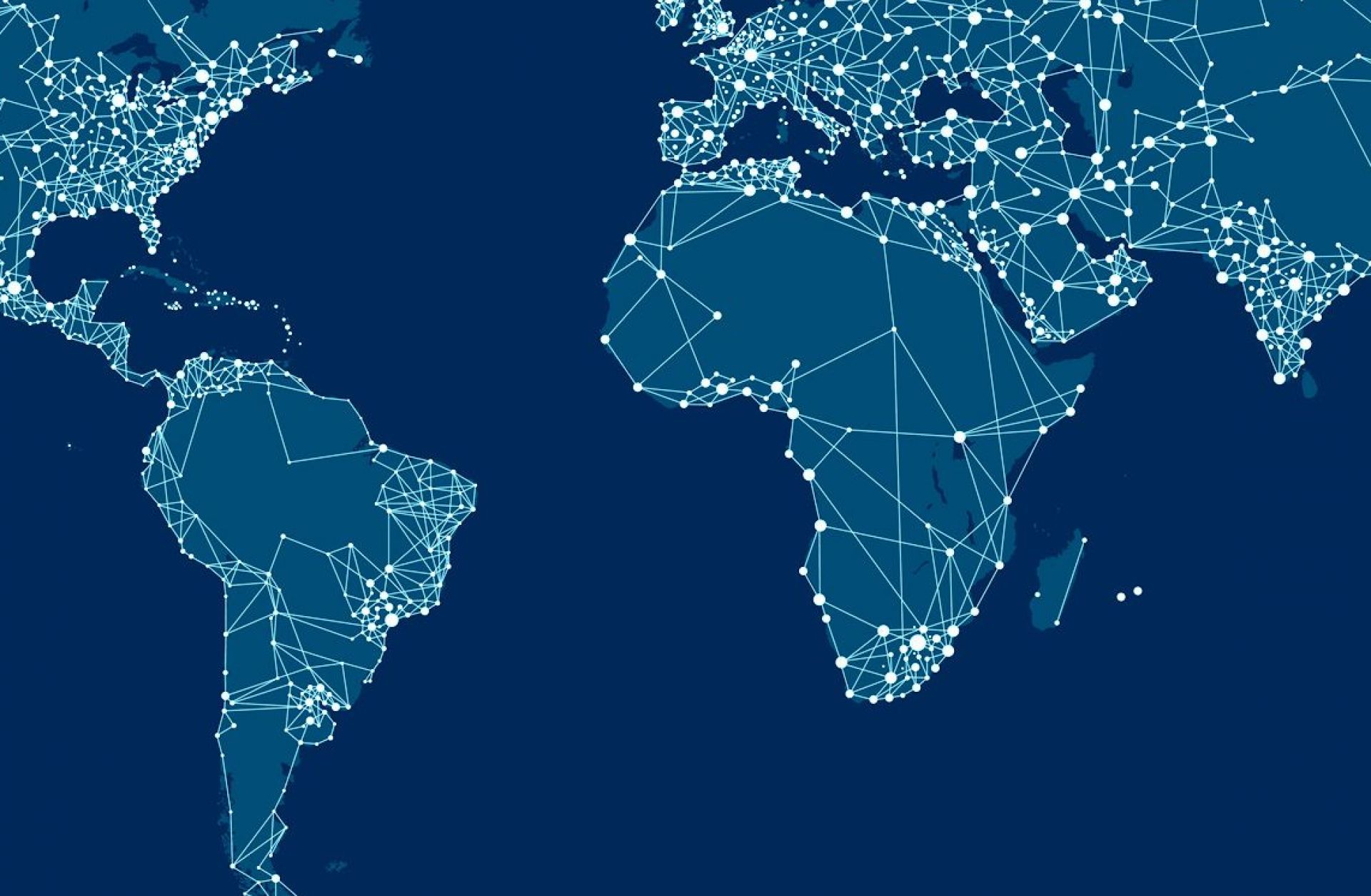 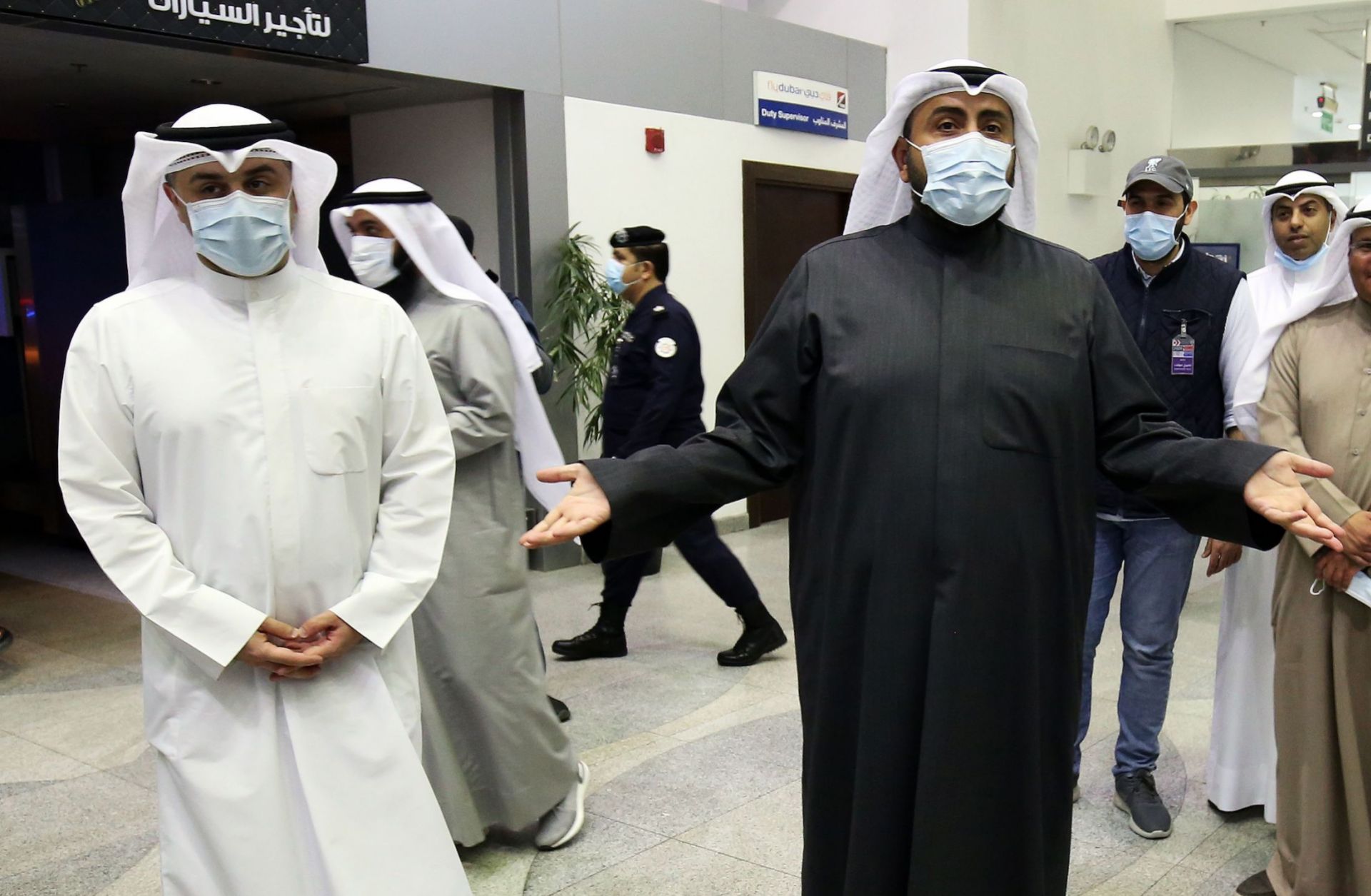 Iran Is in the Eye of the Coronavirus Storm
With cases in a half-dozen Middle Eastern countries that originated from travel within its borders, Iran has emerged as a regional epicenter of the coronavirus outbreak that causes the respiratory illness the World Health Organization calls COVID-19 just as global fears of a pandemic are amplifying. Not only are there clear negative impacts for Iran politically and economically as well as potential negative economic and health impacts for the surrounding region, depending on how Iran manages the internal and external information flow, the outbreak could also harm and/or help Tehran's already fragile foreign friendships, should it compel Tehran to reach out to the broader world for more help.
READ MORE
Iran
COVID-19
SITUATION REPORTFeb 20, 2020 | 19:10 GMT
Venezuela: Maduro Declares Oil 'Emergency,' Creates Commission to Boost Production
Upon declaring an "energy emergency," Venezuelan President Nicolas Maduro announced the creation of a new commission to shake up and revamp the country's state-owned oil company, Petroleos de Venezuela SA, Bloomberg reported Feb. 19.
READ MORE
United States
Venezuela
Venezuela's Unraveling
Energy
On SecurityFeb 18, 2020 | 11:00 GMT 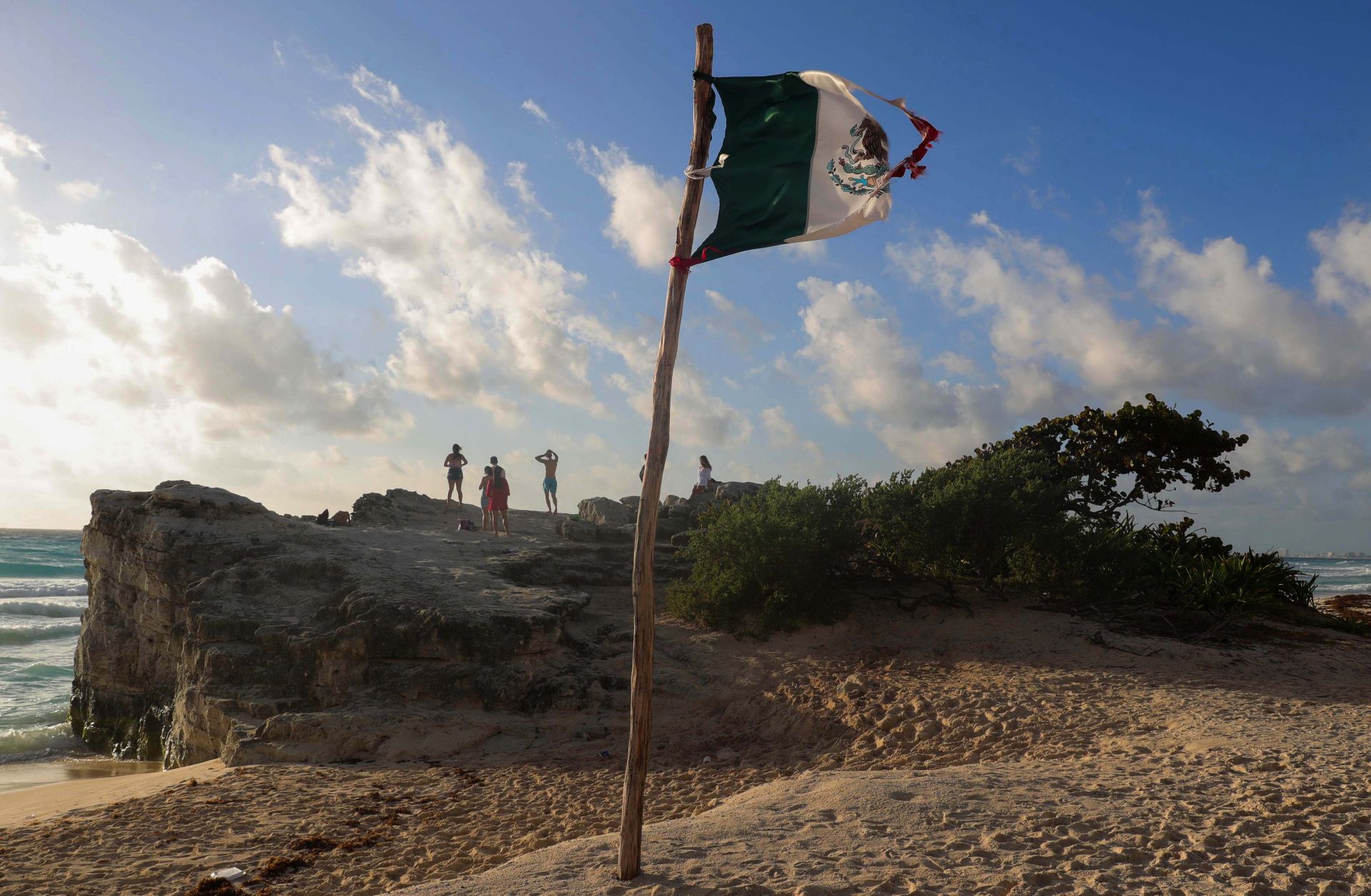 Staying Safe While on Spring Break in Mexico
Travelers can increase their odds of having a safe and enjoyable vacation in Mexico by following best practices.
READ MORE
Mexico
Security Challenges in Latin America
SITUATION REPORTJan 15, 2020 | 16:46 GMT
Sudan: Government Forces Put Down Armed Protests, Sovereign Council Says
The Sudanese government has reopened the country's airspace and established control over all government buildings after an attempted uprising by disgruntled members of the security forces, according to the country's ruling Sovereign Council, Al Jazeera reported Jan. 15.
READ MORE
Sudan
The Suitors of Sub-Saharan Africa
AssessmentsJan 7, 2020 | 10:30 GMT 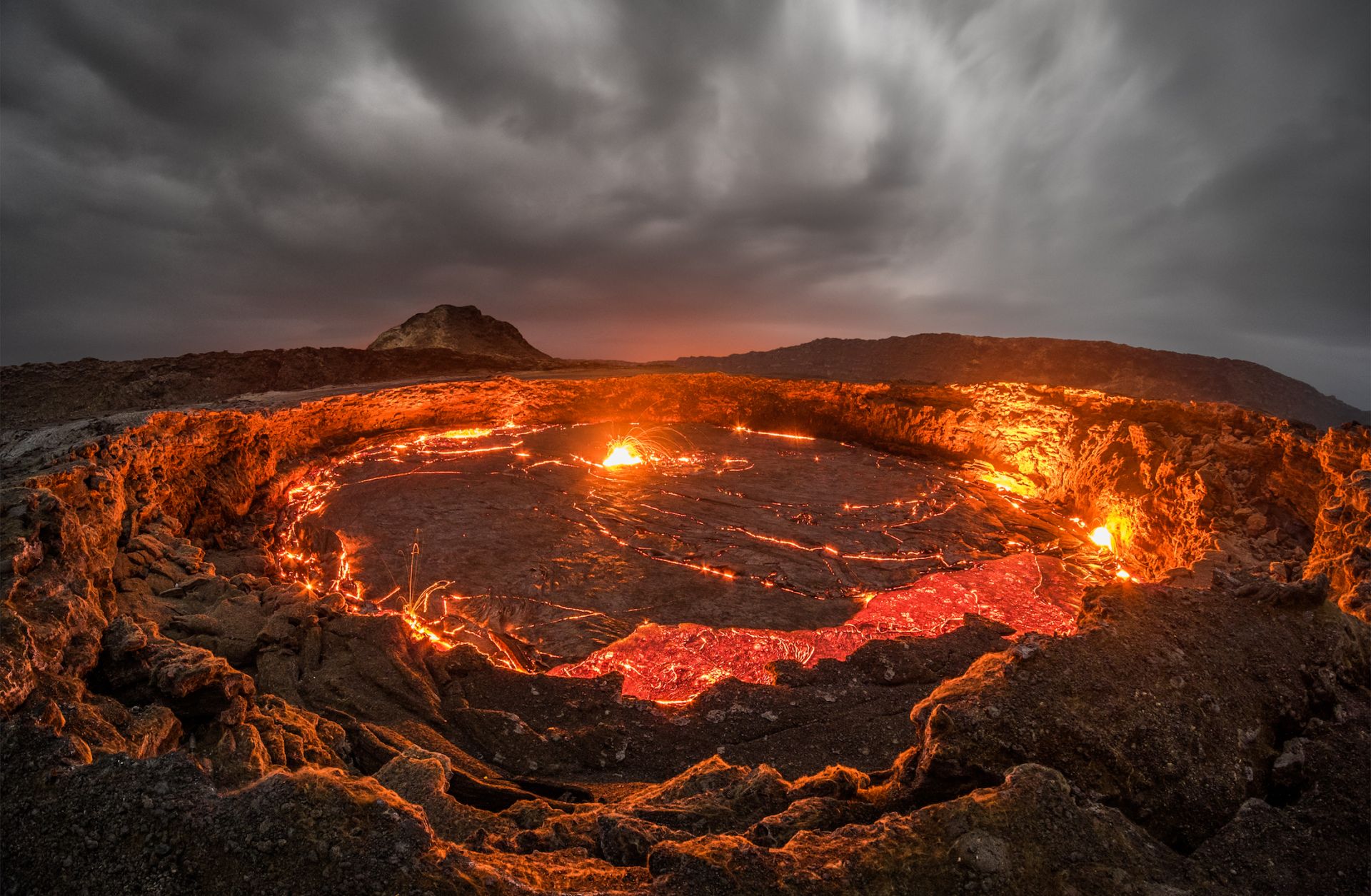 Unlocking the Power of Potash in the Horn of Africa
Following their recent peace deal, Ethiopia and Eritrea are seeking to take advantage of the region's newfound foreign investment interest by tapping into long-ignored natural resources under their soil. One of the most promising resources is potash, a mined salt containing water-soluble potassium that is most often used in fertilizer. High-grade potash reserves split between Ethiopia and neighboring Eritrea are likely worth well into the hundreds of millions of dollars, if not much more. And with global fertilizer demand set to skyrocket in the years ahead, the opening of the region's market couldn't come at a more opportune time. But whether the two countries will be able to turn that promise into profit remains far from certain, as foreign investors may deem the countries' political futures too murky -- and the security challenges still too steep -- despite the possible returns.
READ MORE
Sub-Saharan Africa
Eritrea
Ethiopia
East African Integration
The Suitors of Sub-Saharan Africa
AssessmentsDec 13, 2019 | 10:30 GMT 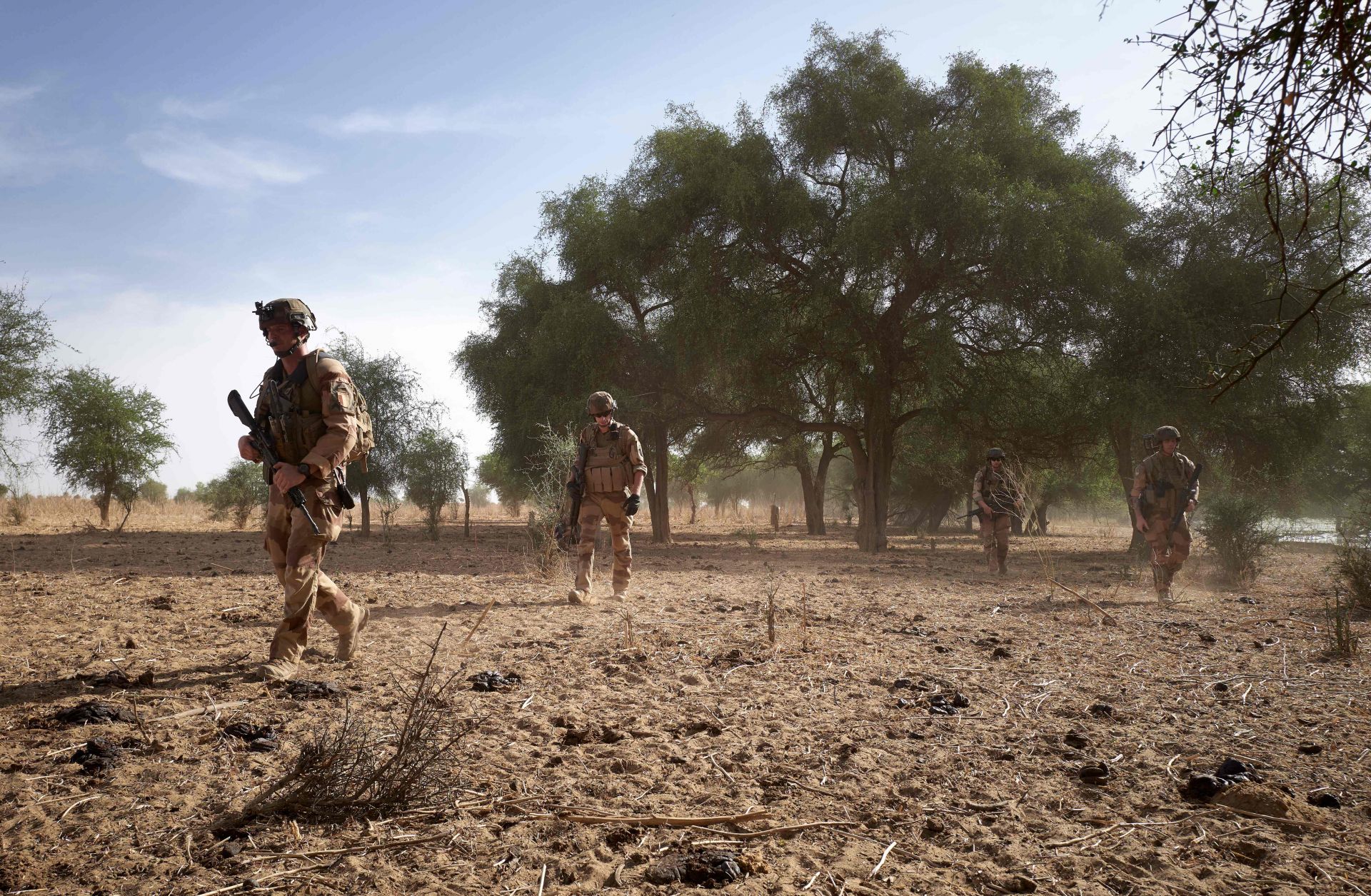 The West Offers Little Reprieve to the Sahel's Jihadist Battle
As Western security efforts struggle to keep militants from exploiting local vacuums in governance in the Sahel, escalating jihadist violence across the region shows no sign of slowing down. France has led the counterterrorism charge in the Sahel since its 2013 intervention in Mali to halt an emerging jihadist offensive. But those gains have been slowly and surely slipping away, as the insurgent threat has now morphed into a complex mess of ethnic and religious insurrections throughout most of Mali, and well into Burkina Faso and Niger. In fending off this increasingly formidable threat, however, France largely has been left to go it alone. Local military forces aren't adequately equipped to fight off the insurgents, and other Western countries with smaller operations in the region, such as the United States, have been hesitant to pick up the slack. But without any additional help, the security situation in the Sahel will inevitably worsen. And
READ MORE
Sub-Saharan Africa
Burkina Faso
Chad
Mali
Mauritania
Niger
United States
Europe
France
Security
The Difficulties of North African Reform
The Jihadist Wars
SITUATION REPORTDec 9, 2019 | 19:05 GMT
South Africa: Several ANC Officials Seeking to Oust Ramaphosa, Report Says
Some members of South Africa's ruling African National Congress, including the party's secretary-general, are reportedly seeking to discredit President Cyril Ramaphosa and remove him from office, The Citizen reported Dec. 9, citing sources.
READ MORE
South Africa
The Post-Apartheid Era Ends
AssessmentsNov 18, 2019 | 10:00 GMT 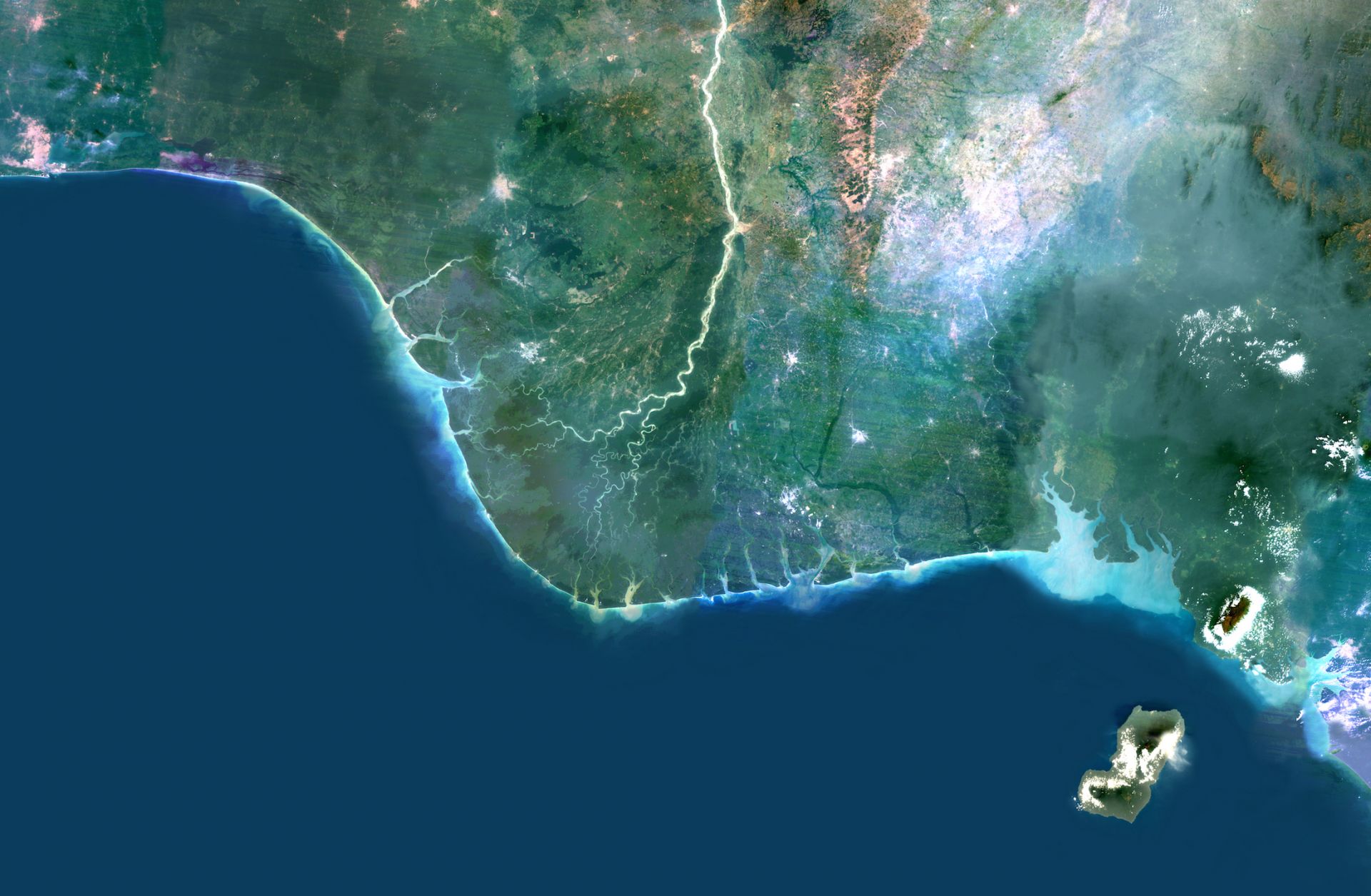 Nigeria's Risky New Oil Revenue Plan
Life just got harder for major oil companies operating off the coast of Nigeria. On Nov. 4, Nigerian President Muhammadu Buhari signed a law updating the terms of the country’s production-sharing contracts that, among other changes, increase royalties on international oil firms. As Africa's top crude producer, Nigeria is almost entirely financially dependent on its petroleum operations, which account for 90 percent of government revenue. The current oil glut has thus hurt Nigeria's pocketbooks particularly hard, forcing it to consider drastic measures to squeeze out more money from its growing offshore operations. But by placing international companies in its crosshairs, Nigeria instead risks driving away the crucial deep-water investments in needs to keep its lights on.
READ MORE
Nigeria
Energy
Economics
The Suitors of Sub-Saharan Africa
Contributor PerspectivesNov 14, 2019 | 16:20 GMT 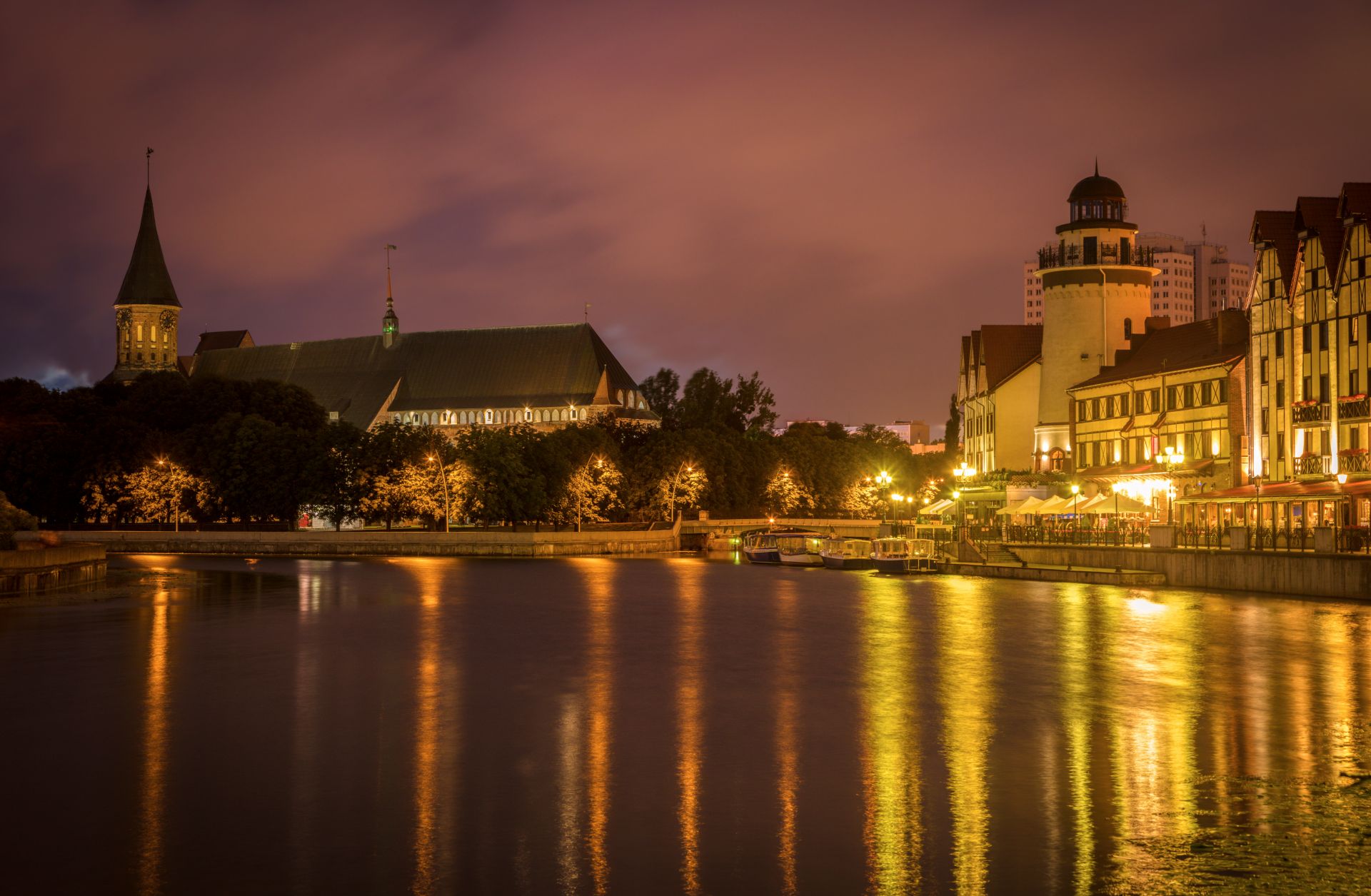 Kaliningrad: Measuring Up Against Europe, Not Mainland Russia
Sandwiched between European Union members Poland and Lithuania, Kaliningrad, Russia's westernmost outpost, has always been of great interest for many -- and not just because of its military significance and motley, centuries-old history. Indeed, the territory that is now Kaliningrad has been ruled at various times by the Teutonic Order, Prussia, imperialist Germany, the Soviets and, finally, Russia. For many who recall the Soviet past and live just a hop, skip and a jump away, the exclave is magnetic for its proximity and the preservation of the relics of the Soviet past. But once you're in Kaliningrad, "Russian" isn't quite the description that many want to hear, as it's a territory that looks more toward Europe than Russia.
READ MORE
Russia