Showing 39 results for Anadarko sorted by 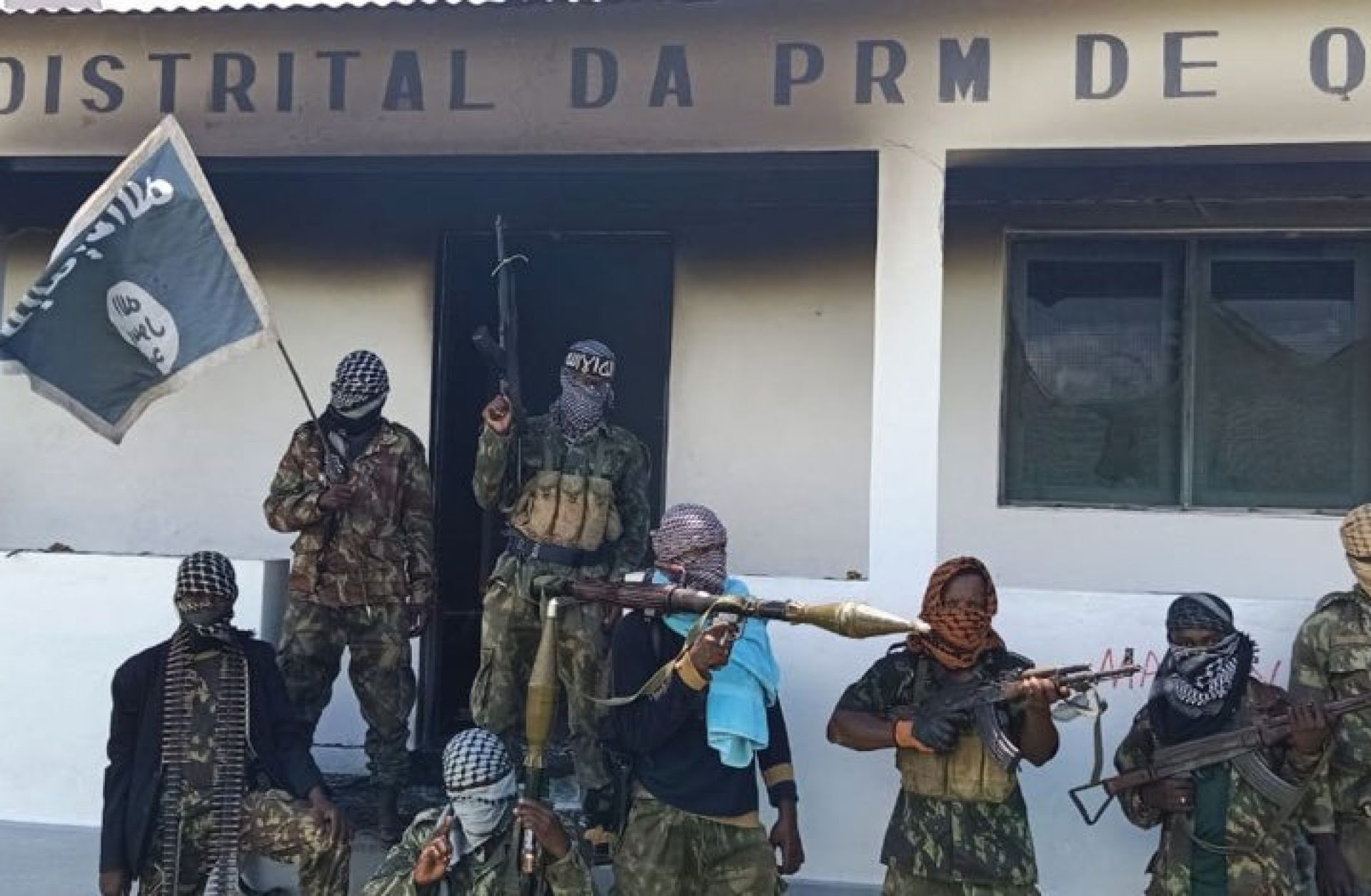 Reevaluating the Jihadist Threat in Mozambique
The Mozambican branch of ISCAP has been increasingly active over the past year, storming two district seats in two days and capturing large quantities of weapons and supplies. This represents a milestone for the group, making this a good time to take stock of its current operations and capabilities.
READ MORE
Mozambique
The Fight Against the Islamic State
Security
The Jihadist Wars
SITUATION REPORTDec 5, 2019 | 13:25 GMT
Algeria: Sonatrach to Block Total’s Acquisition of Oil Assets
Algeria state-owned energy firm Sonatrach will block French supermajor Total's acquisition of Anadarko Petroleum's assets in Algeria through Occidental Petroleum, according to the country's energy minister, Reuters reported Dec. 4.
READ MORE
Algeria
Energy
The Difficulties of North African Reform
AssessmentsOct 21, 2019 | 13:10 GMT 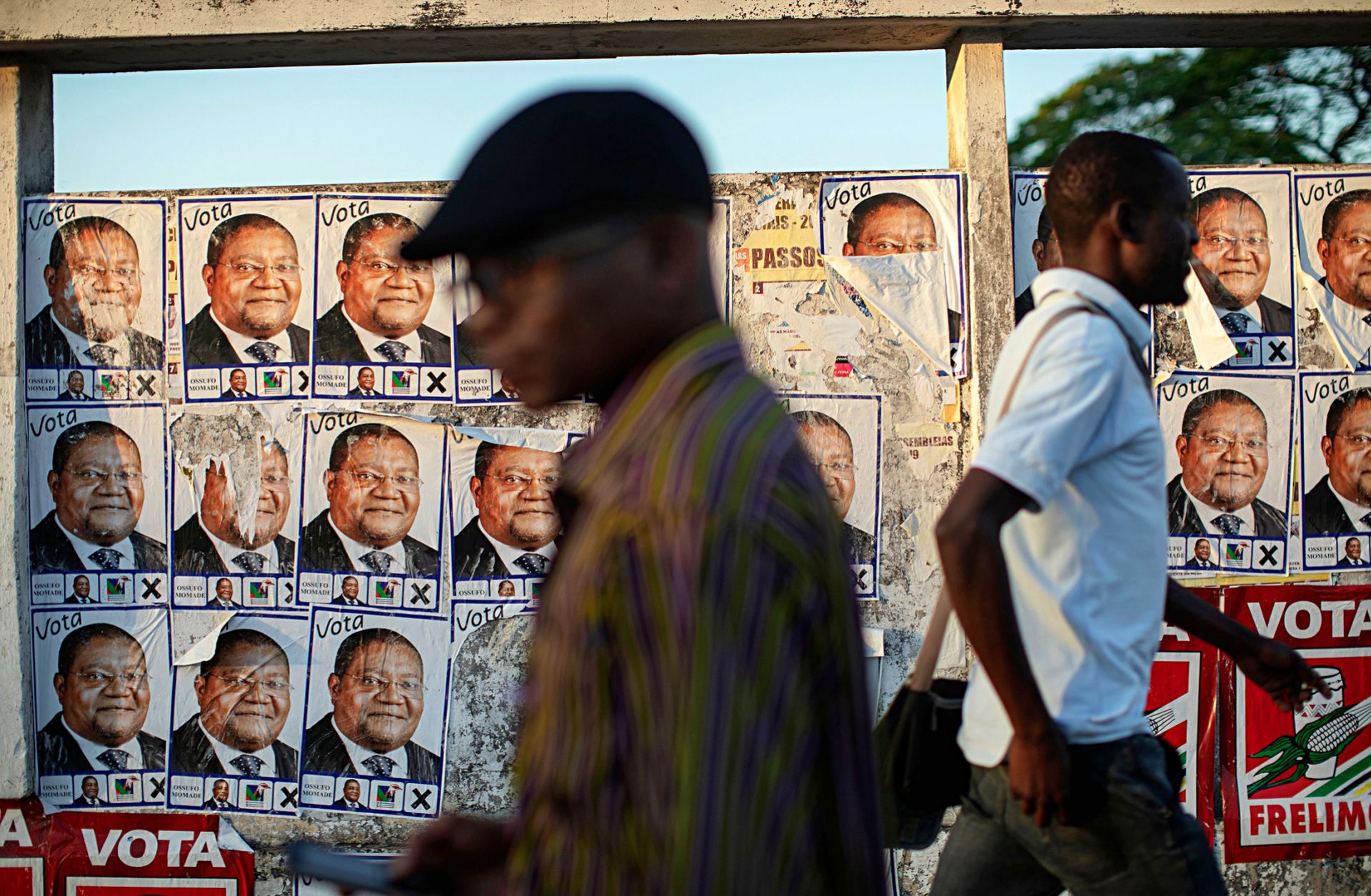 In Mozambique, a Rigged Election Risks Opening Pandora's Box
The ballots from Mozambique's Oct. 15 general election are still being tallied. But all evidence so far points to another sizable victory for the Mozambique Liberation Front, commonly referred to as Frelimo. Such an outcome was expected, given that the ruling party's dominance over the country's political and economic systems since the mid-1970s. Indeed, despite the introduction of multiparty democracy decades ago, Frelimo continues to reign over the country -- much to the chagrin of the militant Mozambique National Resistance Movement (Renamo).  Despite Maputo's recent peace deal with Renamo, mounting evidence of electoral misconduct indicate the Frelimo government is still waging a covert war against its chief political rival. In response, Renamo could send its fighters back to battle in Mozambique's central regions, which would risk distracting Maputo from a much greater threat brewing up north.
READ MORE
Mozambique
Old Leaders in a New Africa
East African Integration
AssessmentsAug 19, 2019 | 09:00 GMT 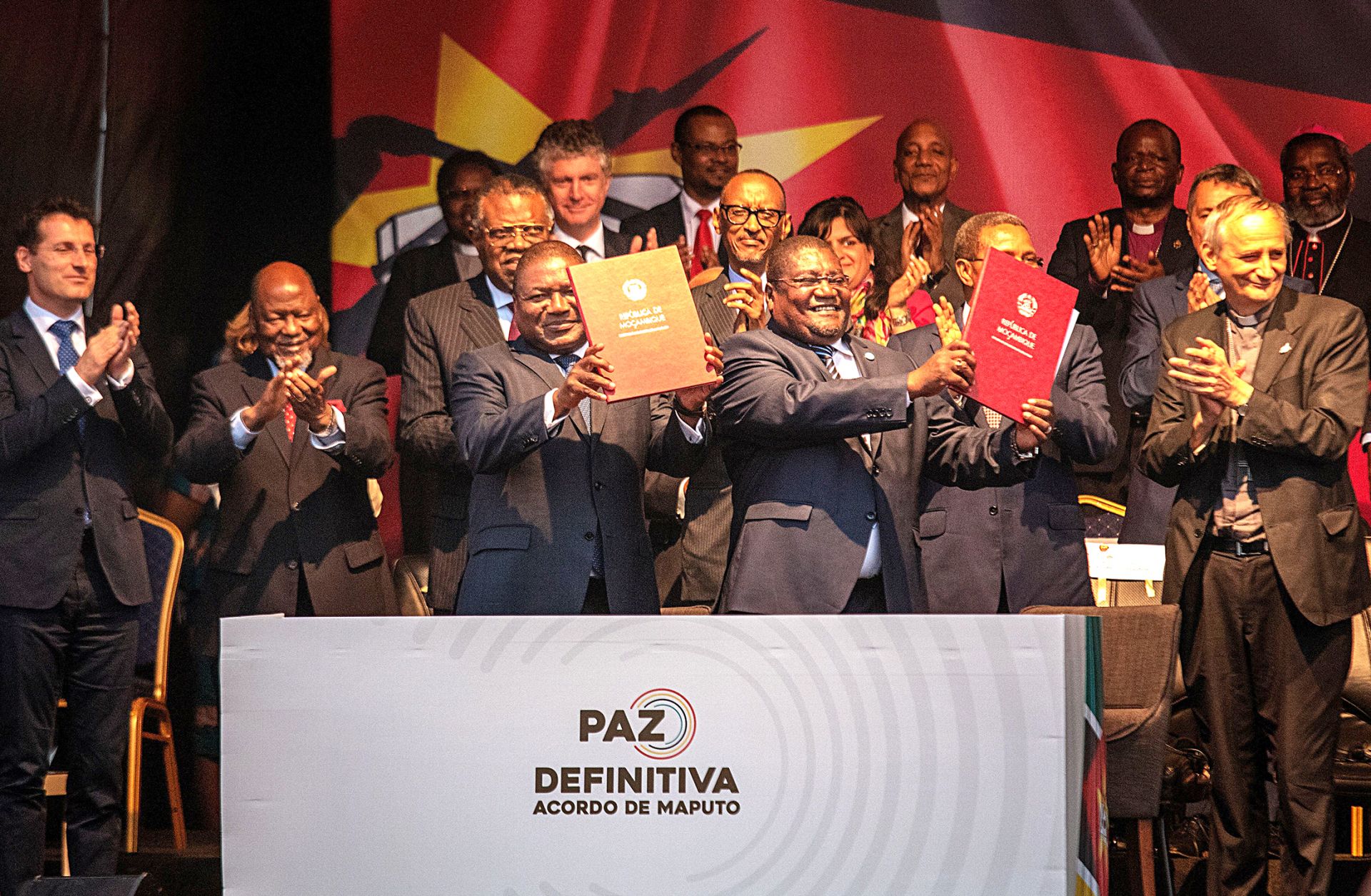 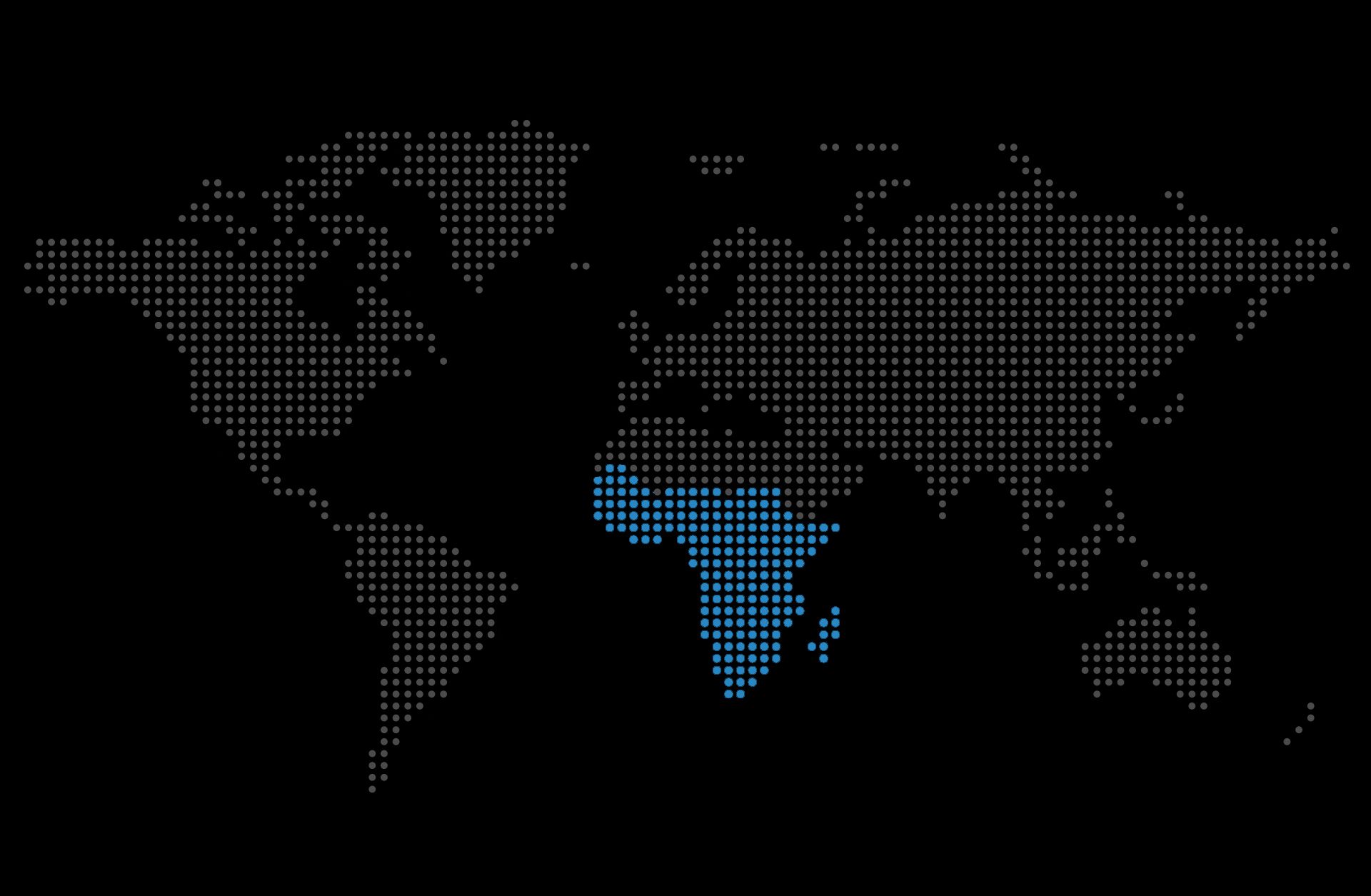 Mozambique: A Brazen Attack on Anadarko Could Spell Trouble for Outside Companies
Unidentified gunmen carried out at least two attacks on Anadarko Petroleum Corp. employees Feb. 21 in northern Mozambique, Bloomberg reported Feb. 22. In the first attack, about 15 gunmen opened fire on a convoy of contractors and injured four to six of them about 5 p.m. as they were returning to a camp near Palma. In the second attack, a contractor working on a nearby airstrip for the company was killed. Some reports said the worker at the airstrip had been beheaded, a tactic associated with local militant group Ahlu Sunnah Wa-Hamo.
READ MORE
Mozambique
Energy
SITUATION REPORTFeb 22, 2019 | 14:47 GMT
Mozambique: Attacks on U.S. Energy Company Kill at Least 3
Unidentified shooters have raided a convoy belonging to U.S. oil and natural gas company Anadarko in Mozambique, killing at least three contractors in three separate attacks, Bloomberg reported Feb. 21.
READ MORE
Mozambique
Security
The Suitors of Sub-Saharan Africa
SITUATION REPORTFeb 18, 2019 | 16:31 GMT
Kenya, Somalia: Oil Block Dispute Prompts Nairobi to Recall Ambassador, Expel Somali Envoy
Nairobi has recalled its ambassador to Mogadishu while also expelling the latter's envoy to Kenya over concerns that Somalia is allegedly auctioning off oil and gas blocks in disputed waters between the countries, the Daily Nation reported Feb. 18.
READ MORE
Kenya
Somalia
East African Integration
The Suitors of Sub-Saharan Africa
SITUATION REPORTJan 22, 2019 | 18:53 GMT
Mozambique: Militant Attack Kills 2 in Village Close to U.S. Energy Company
An attack on the Mozambican village of Maganja on Jan. 20 killed at least two people and resulted in the burning of multiple buildings, Voice of America reported Jan. 21. The attack occurred just 6.5 kilometers (4 miles) from the camp of U.S. energy company Anadarko.
READ MORE
Mozambique
Tanzania
Security
The Suitors of Sub-Saharan Africa
On SecurityJun 19, 2018 | 09:45 GMT 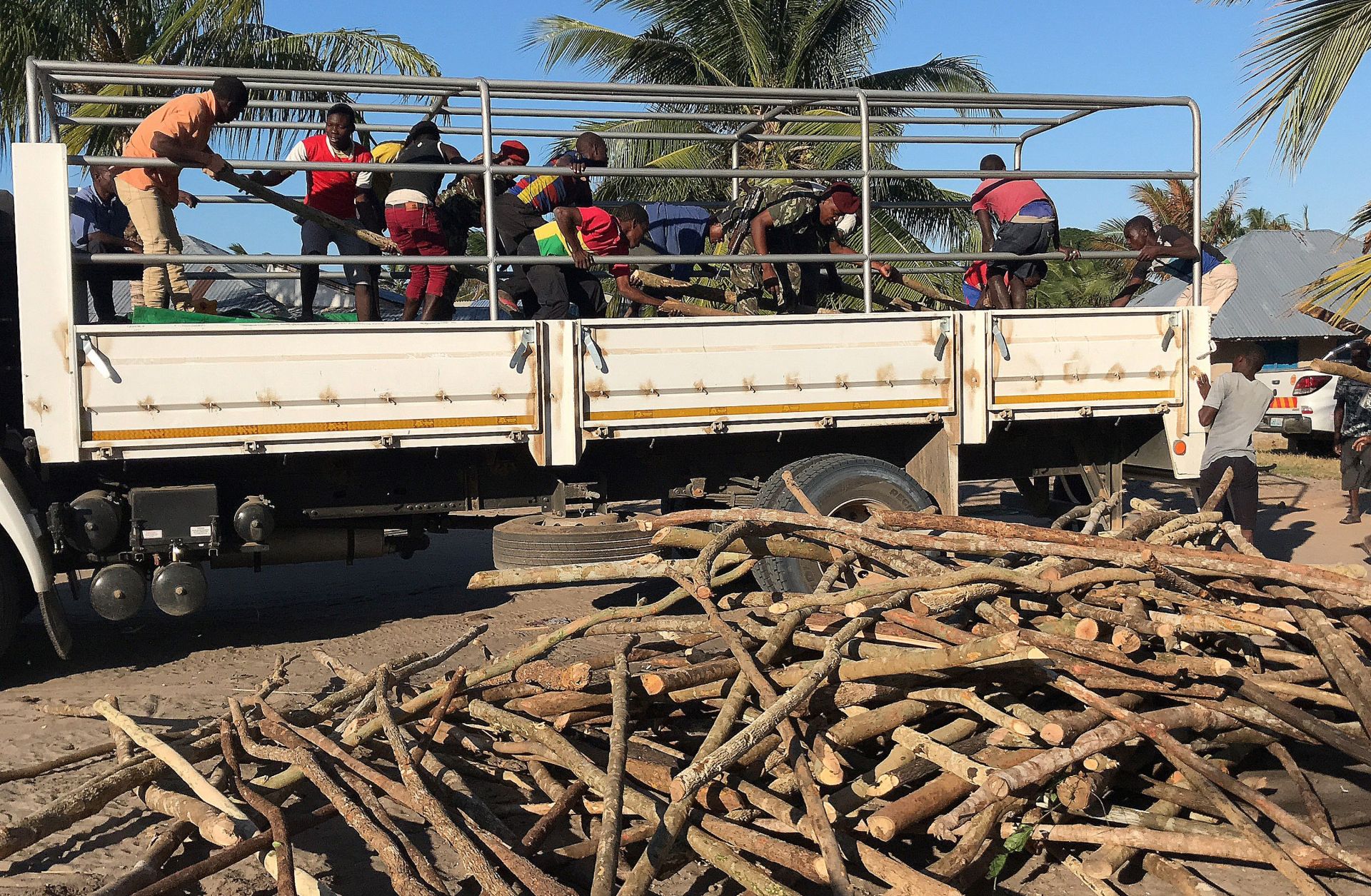 Gauging an Emerging Jihadist Threat in Mozambique
They've been around for some time, but it was only late last month that they started to grab more of the world's attention. On May 27, the Islamist militant group Ahlu Sunnah Wa-Hamo attacked Monjane, a town in northern Mozambique's Cabo Delgado province, beheading 10 people. But the group has been active for months, attacking police stations, silencing opponents, robbing banks, looting weapons and burning villages. And given that Cabo Delgado just happens to hold vast reserves of natural gas, the emergence of Ahlu Sunnah Wa-Hamo doesn't just affect Mozambique but the global energy industry. One week after I wrote about the factors to consider when gauging the success of counterinsurgency and counterterrorism operations against a militant group, now is the perfect opportunity to assess how Ahlu Sunnah Wa-Hamo stacks up against the measurement criteria.
READ MORE
Mozambique
Security
The Jihadist Wars
SITUATION REPORTJun 13, 2018 | 13:53 GMT
Mozambique: U.K. Issues Travel Warning, U.S. Oil Company Evacuates Staff
The United Kingdom issued a warning June 13 to citizens traveling to several districts in Mozambique's Cabo Delgado province following a string of terrorist attacks in the area, ENCA reported.
READ MORE
Mozambique
Security
The Jihadist Wars
AssessmentsOct 30, 2017 | 09:00 GMT 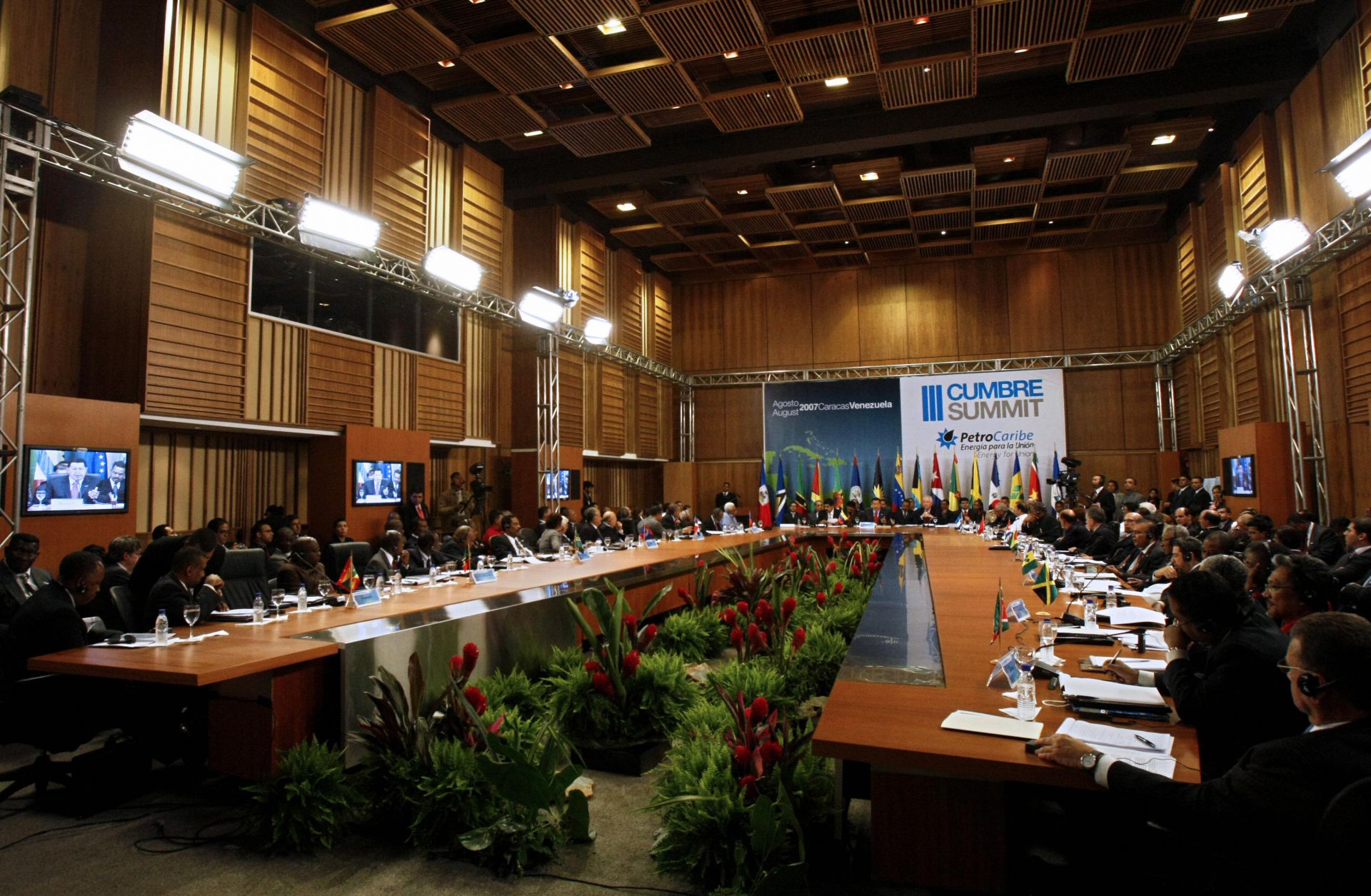 What Lies Beneath Guyana's Petroleum Future
Until a few years ago, Guyana was known as a sparsely populated economic backwater on South America's Caribbean coastline. Then ExxonMobil announced a series of discoveries at its prospects off the Guyanese coast, revealing the latest find in early October. Now the country is poised to receive a windfall from oil and natural gas production. But as Guyana's government eagerly awaits what it hopes will be an oil-rich future, the country as a whole will reap fewer economic rewards than it might seem.
READ MORE
Guyana
Supply Chains
Energy
Commodities: A Cautionary Tale
AssessmentsMay 11, 2017 | 09:15 GMT 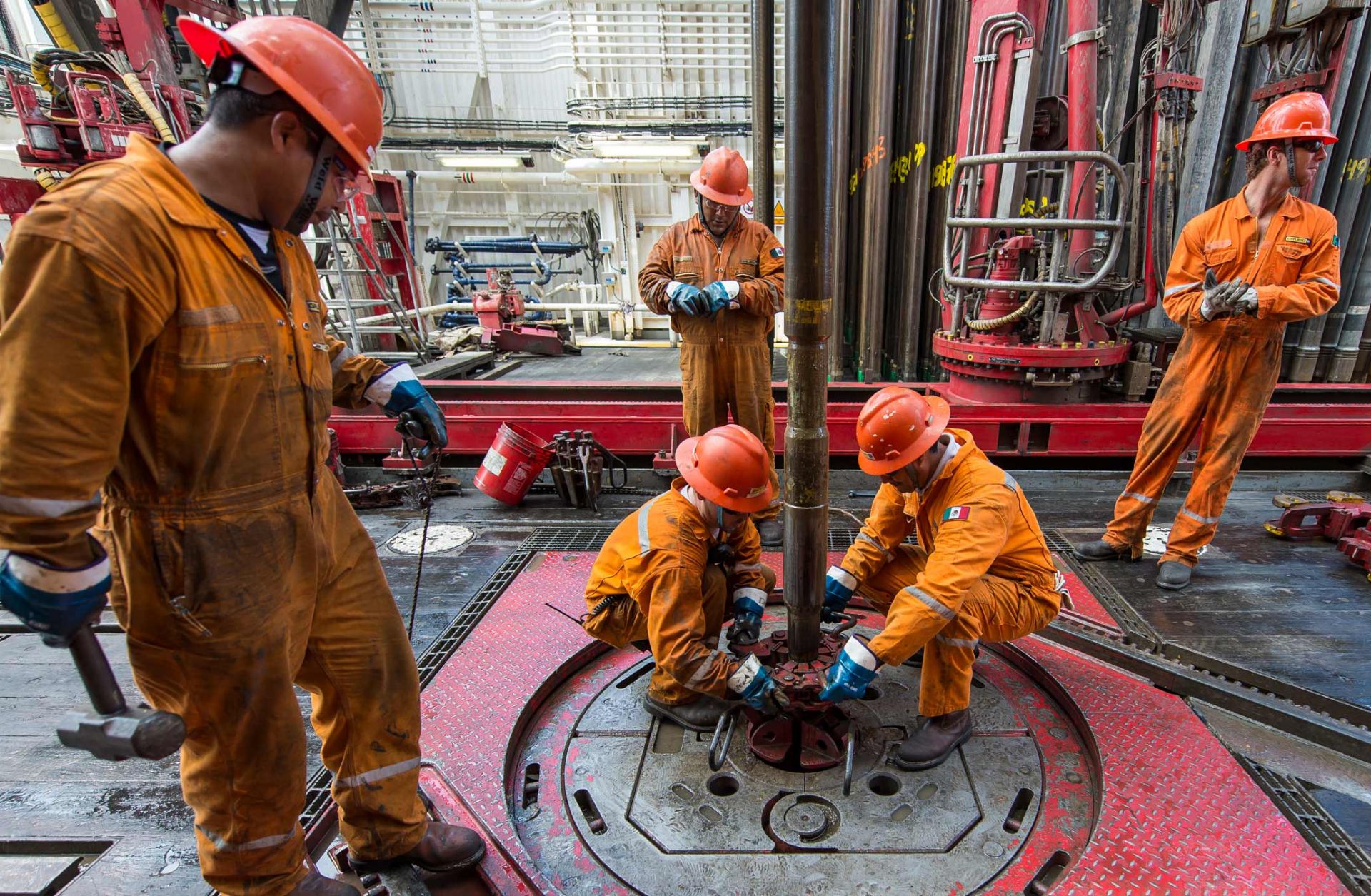 The Shifting Tides of Energy Reform in Mexico and Brazil
Just a decade ago, Brazil had achieved such success liberalizing its oil and gas sector, an endeavor it launched in 1995, that it had become the gold standard for energy reform. Mexico, on the other hand, was struggling to push through measures that would enable its oil industry to keep growing. But in the ensuing years, the Brazilian government took a sharp turn toward resource nationalism as Mexico City made strides toward liberalizing its own energy sector. And the tables could turn yet again, perhaps as soon as 2018, when Mexico will hold its next presidential election. International oil companies have watched the tides of leftism, nationalism and protectionism ebb and flow in Latin America over the years, and this cycle will continue to play out in the region's leading oil producers.
READ MORE
Brazil
Mexico
Energy
Economics
Politics
The Importance of Mexico
Commodities: A Cautionary Tale
A Crude Recovery
Globalization
GraphicsFeb 9, 2017 | 17:08 GMT

The Future of Mozambique's Energy Reserves
Mozambique must clean up its financial house if it is to benefit from natural gas finds off the country's northern coast.
READ MORE
Mozambique
Energy
The Suitors of Sub-Saharan Africa