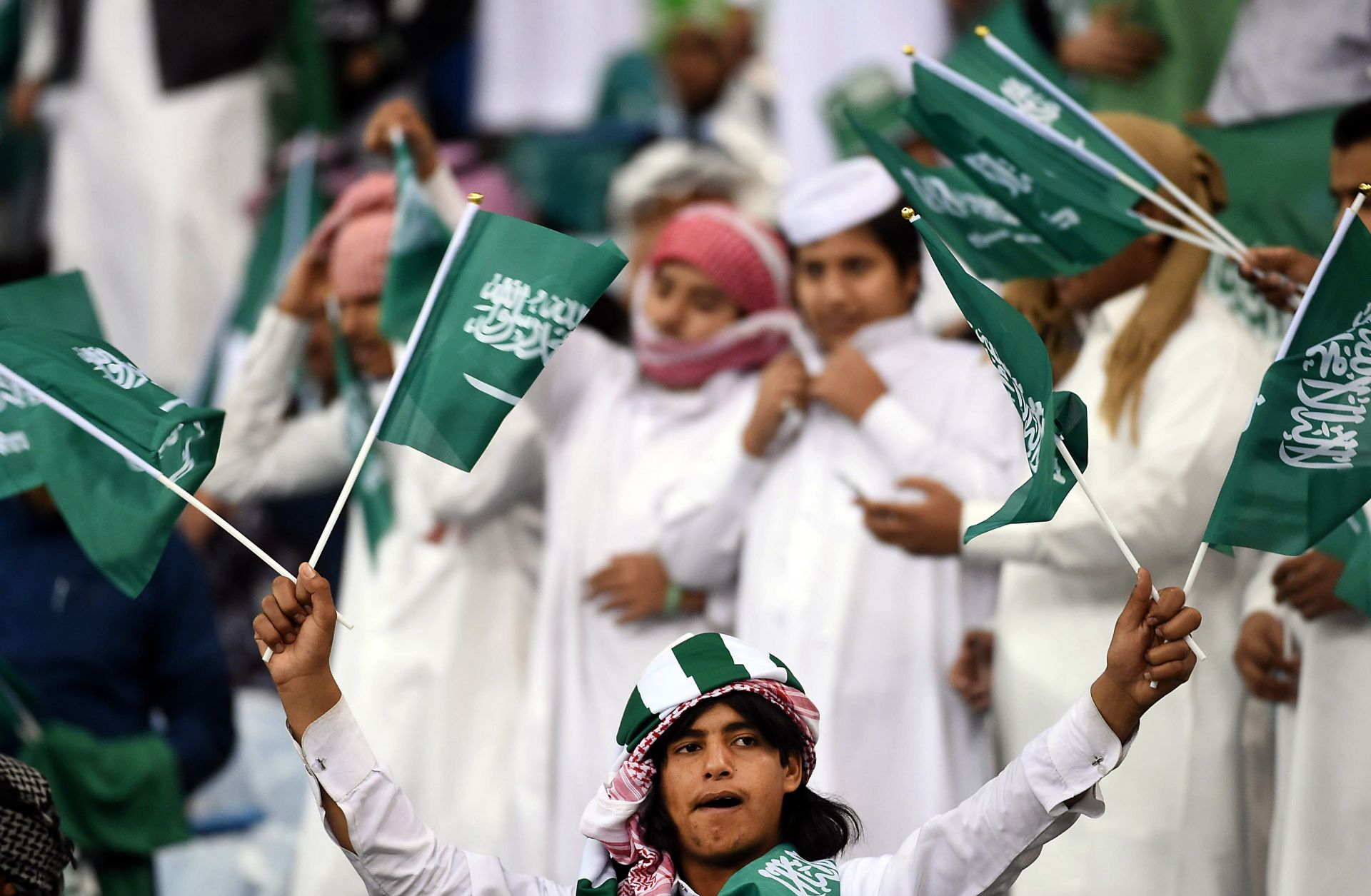 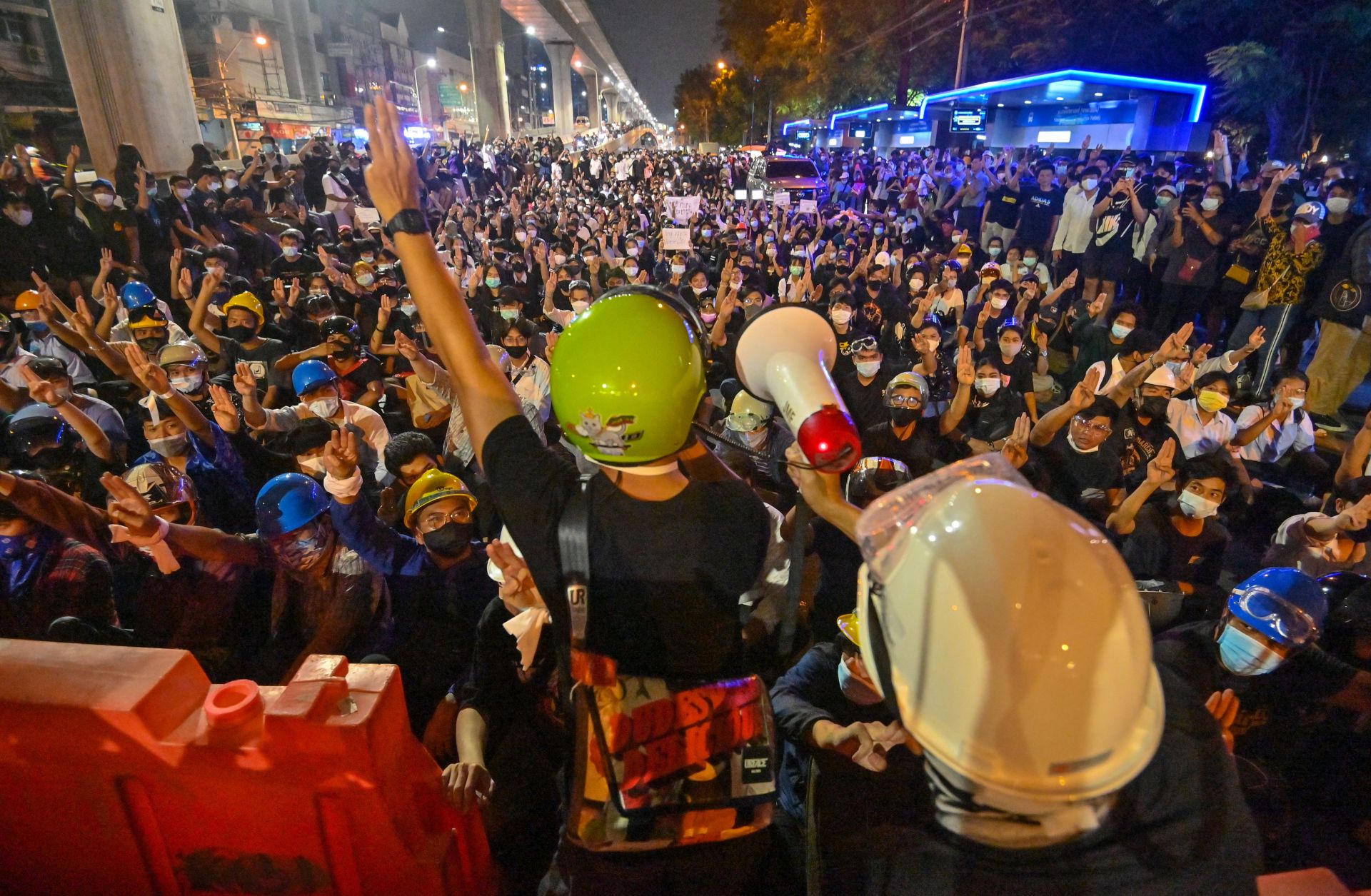 Gauging the Thai Government’s Response to Growing Protests
The recent escalation of the monthslong Thai student protest movement will compel the government to step up its restrictions on dissent and intensify efforts to co-opt the protesters’ less controversial demands through a limited constitutional reform process. This could cause protests to drag on amid continued controversy over the scope and pace of such amendments, even as it eases overall public support for demonstrations. Between Oct. 13 and Oct. 19, Thai protesters turned out on the streets of Bangkok for the most sustained period of protest-related disruptions since the movement kicked off in earnest in July. Demonstrators also appeared in 20 other locations nationwide in smaller numbers.
READ MORE
Thailand
COVID-19
Security
Military
Politics
Southeast Asia: Burdened by Consensus
SITUATION REPORTOct 19, 2020 | 14:32 GMT
U.K., EU: London Says Post-Brexit Trade Deal Still Possible
The European Union’s chief Brexit negotiator, Michel Barnier, will hold a video conference call with his British counterpart, David Frost, on Oct. 19 to discuss the state of the EU-U.K. free trade negotiations, the BBC has reported. Senior U.K. Cabinet Minister Michael Gove said on Oct. 18 that the door is "still ajar" for talks over a post-Brexit trade deal if Brussels is willing to make concessions.
READ MORE
Europe
United Kingdom
Brexit
European Disintegration
SnapshotsOct 16, 2020 | 15:32 GMT 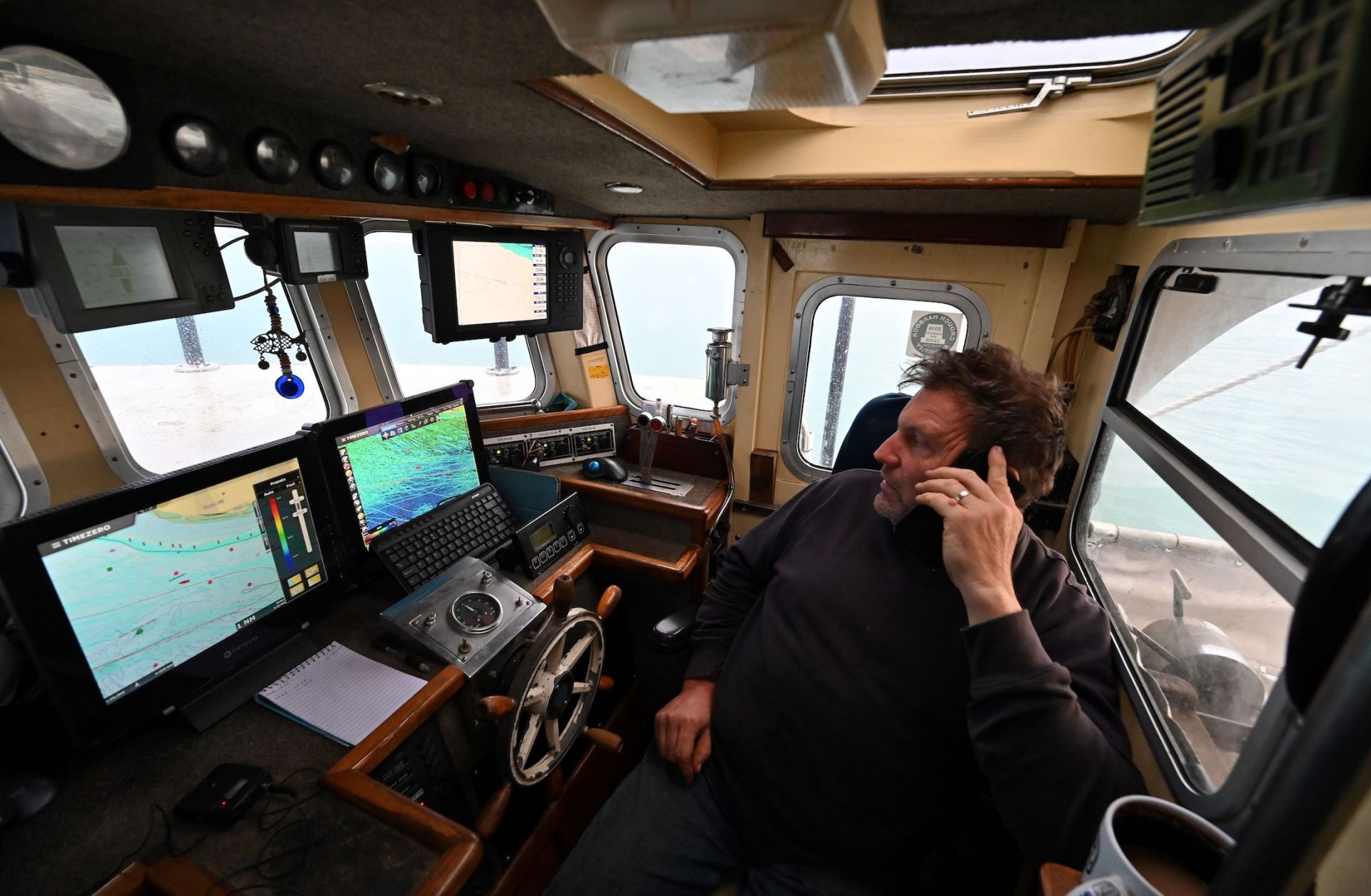 Tough Talk Between London and Brussels Prolongs the Risk of a No-Deal Brexit
The European Union and the United Kingdom are demanding the other make the first move to unblock their trade negotiations, which means that the risk of a no-deal British exit from the single market persists. While there is still room for an agreement, time is running out, so a limited rather than comprehensive trade deal is more likely.
READ MORE
France
Germany
United Kingdom
Brexit
AssessmentsOct 15, 2020 | 16:08 GMT 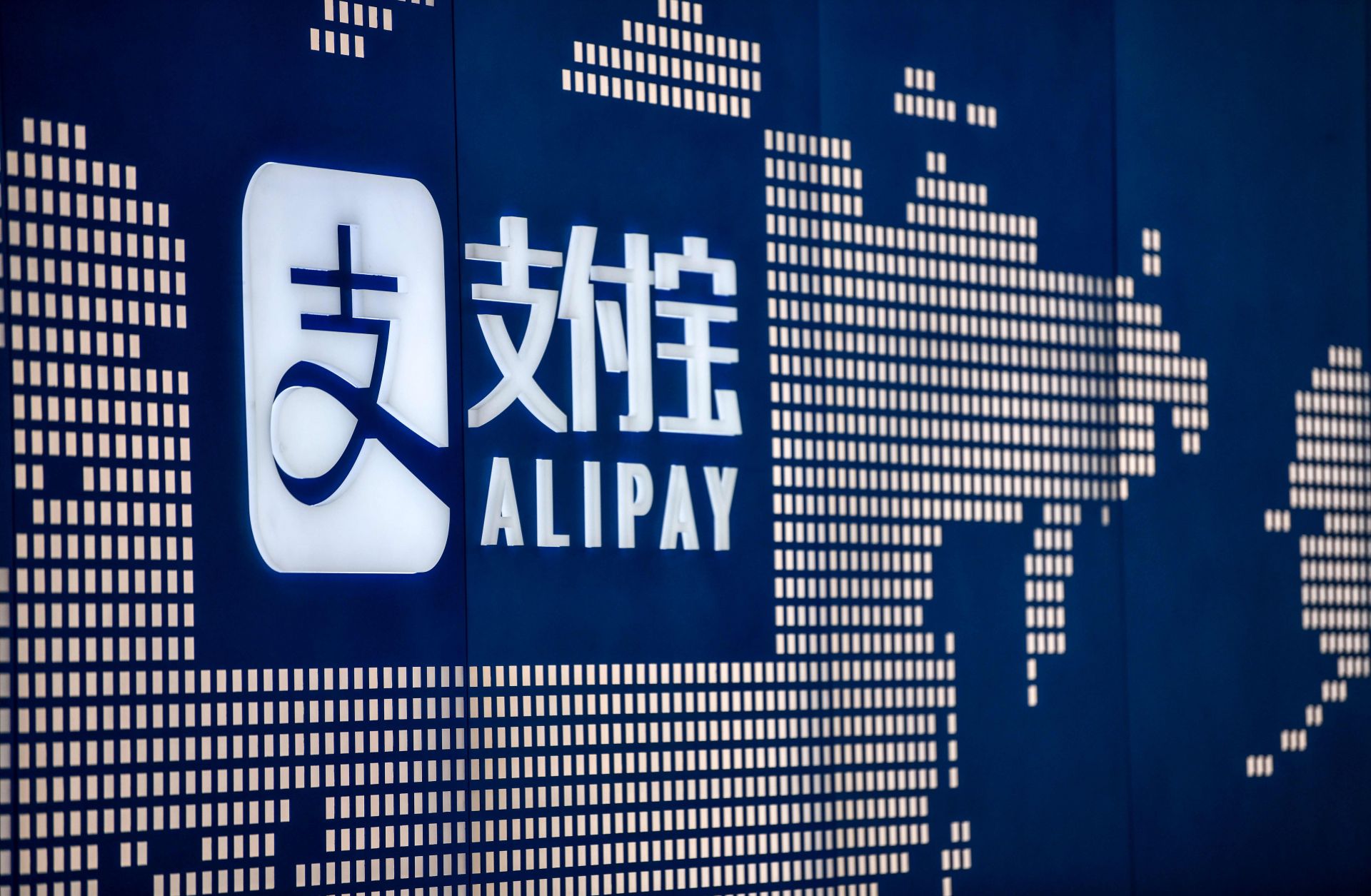 The U.S. Sets Its Eyes on Chinese Fintech Companies
The U.S. government will likely increase restrictions on the use of Chinese payment systems in the United States, but any decisions regarding broader action on Chinese data acquisition is unlikely ahead of the U.S. election in November. On Sept. 30, senior Trump administration officials reportedly discussed imposing new restrictions on WeChat Pay and Alipay -- the two payment apps owned by the Chinese fintech giants Tencent and Ant Group, respectively. Some White House officials have advocated for wider restrictions that could affect the use of the payment apps outside the United States as part of the administration’s push to limit China’s overall access to the U.S. market due to national security concerns. But any initial U.S. restrictions will likely be limited to WeChat Pay and Alipay’s specific use in the United States and its access to U.S. technology in order to limit the risk of provoking Chinese retaliation and/or self-inflicted
READ MORE
United States
China
Technology
Economics
Politics
The U.S. and the Balance of Power
China in Transition
SITUATION REPORTOct 14, 2020 | 21:55 GMT
U.S., Russia: Moscow Rejects U.S. Claims of Agreement to Extend Nuclear Arms Treaty
Russia has denied claims made by a top U.S. negotiator that President Donald Trump had reached “an agreement in principle” with Russian President Vladimir Putin regarding the extension of the two countries’ nuclear arms control treaty, called New START, The Guardian reported Oct 14.
READ MORE
United States
Russia
Security
Politics
Echoes of the Cold War
SITUATION REPORTOct 14, 2020 | 20:56 GMT
Kyrgyzstan: Jeenbekov Ratifies Parliament’s Appointment on New Prime Minister
The Kyrgyz parliament has confirmed the appointment of Sadyr Japarov as prime minister following President Sooronbai Jeenbekov’s insistence to repeat last week’s vote over concerns with the legality of that parliamentary session, RFE/RL reported Oct. 14.
READ MORE
Kyrgyzstan
Security
Politics
SITUATION REPORTOct 12, 2020 | 21:58 GMT
Tajikistan: President Reelected With 90.9 Percent of the Vote
Tajik President Emomali Rahmon has secured another seven-year term in office after winning the country’s Oct. 11 presidential election, Al Jazeera has reported.
READ MORE
Tajikistan
Politics
AssessmentsOct 12, 2020 | 20:57 GMT 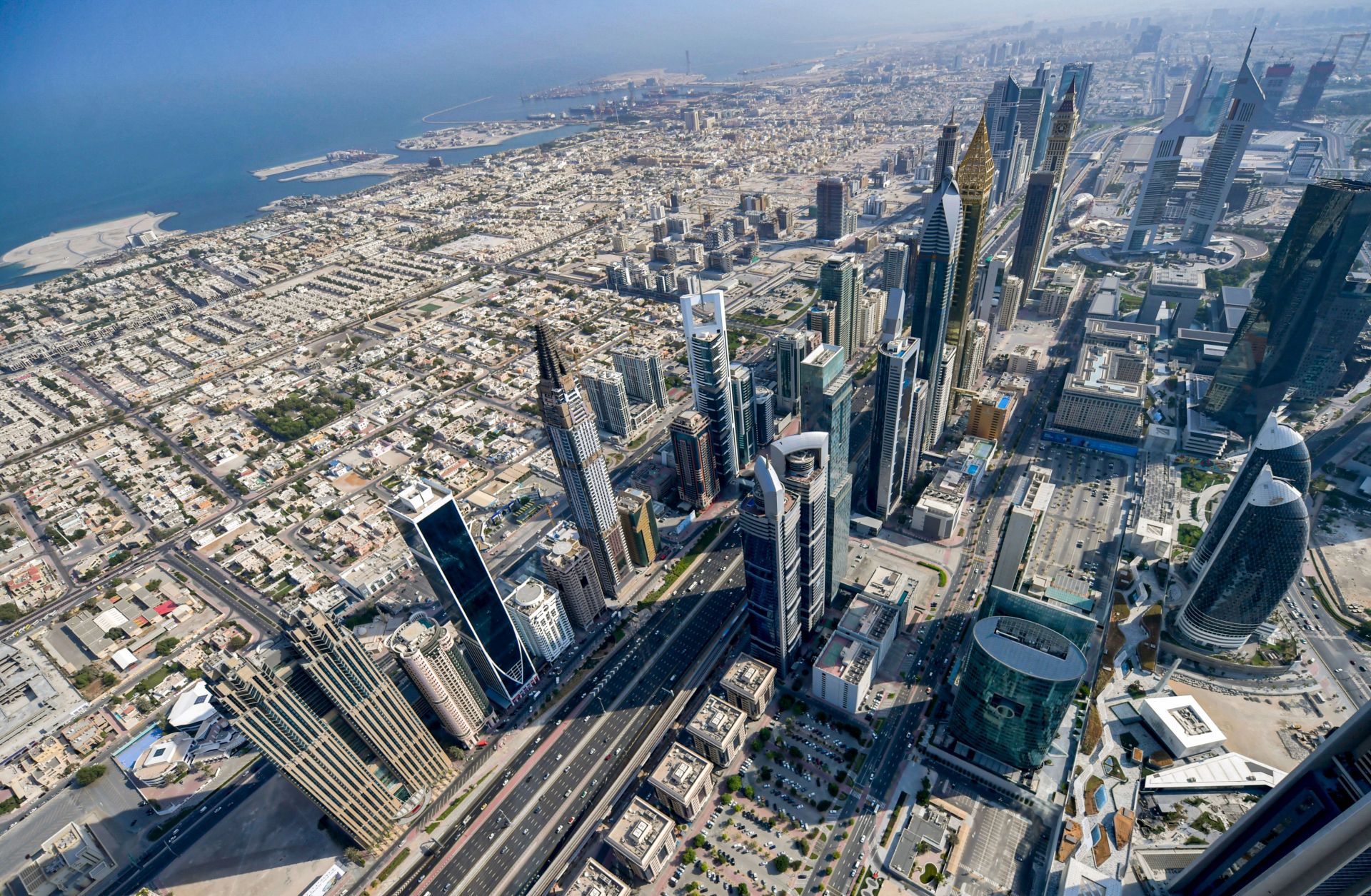 A Larger UAE Citizenry Would Mean Smoother Policymaking and Rockier Regional Ties
The United Arab Emirates is considering offering citizenship to its large expatriate population, which would significantly alter the country’s political economy, as well as its regional relationships, by assimilating non-Arab Gulf residents into its middle- and upper-classes. Over time, this new group of foreign-born Emirati citizens would likely erode the tribal and ethnic dynamics that have long shaped the governance of Abu Dhabi and Dubai, along with the cultural foundations driving many aspects of cooperation in the Arab Gulf. On Sept. 30, the Emirati government unveiled proposed changes to the country’s citizenship law that would ease the way for investors, long-term residents and wealthy foreigners to earn a permanent place in the country. With foreigners far outnumbering its local population, the United Arab Emirates’ current citizenship laws have offset the country’s long-standing demographic imbalances by ensuring the influence and prominence of its minority Emiratis via special legal and political protections. Changing
READ MORE
United Arab Emirates
Economics
Politics
Rebalancing Power in the Middle East
Broken Contracts in the Middle East
GuidanceOct 10, 2020 | 16:00 GMT 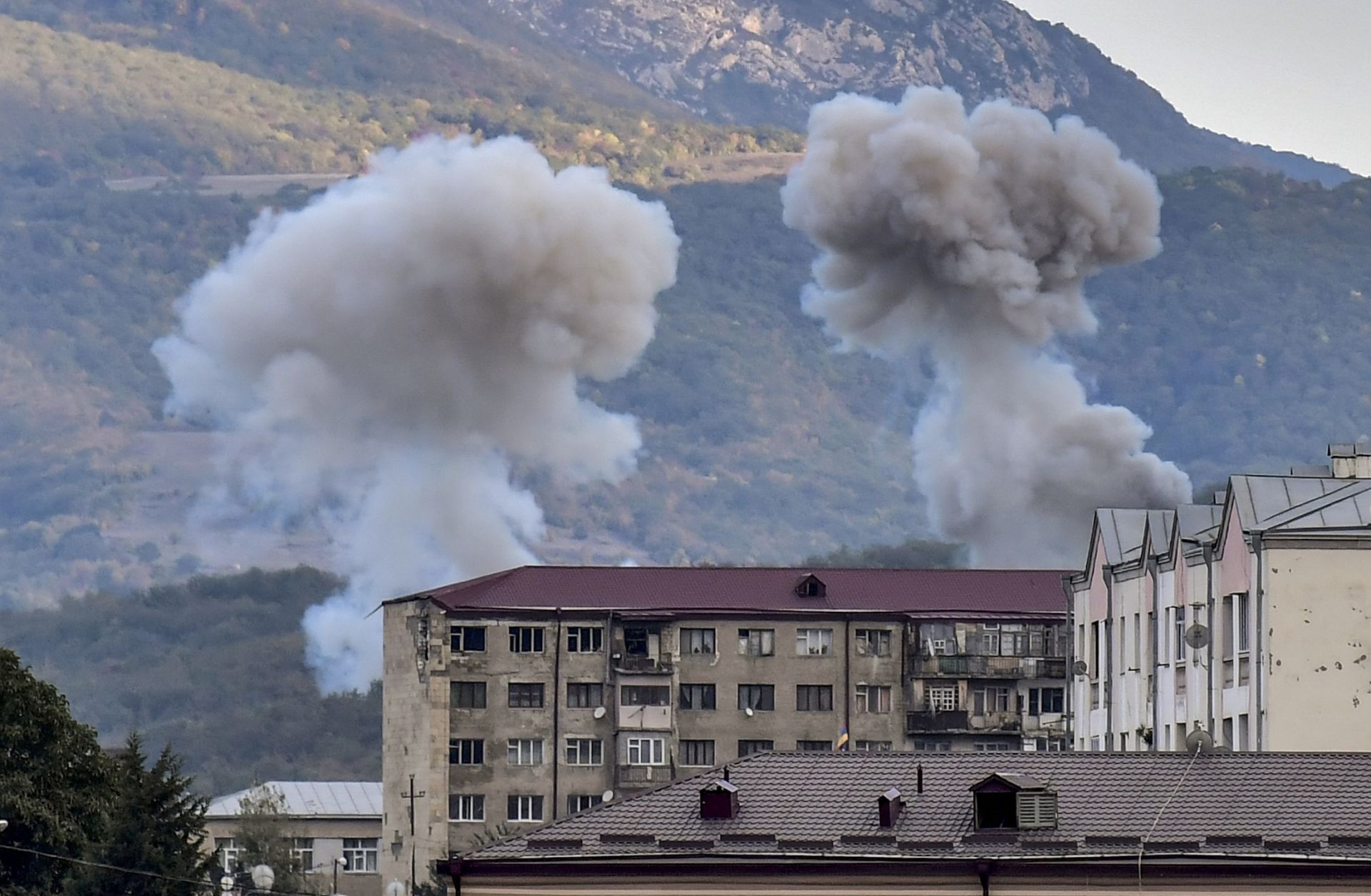 The Weekly Rundown: Diplomatic Efforts to Tamp Down Armenia-Azerbaijan and China-India Hostilities
A look at what the coming week will bring -- and a list of recommended Stratfor articles from the week that was.
READ MORE
Hong Kong SAR, China
China
United Kingdom
Armenia
Azerbaijan
Lebanon
India
Brexit
SnapshotsOct 9, 2020 | 18:52 GMT 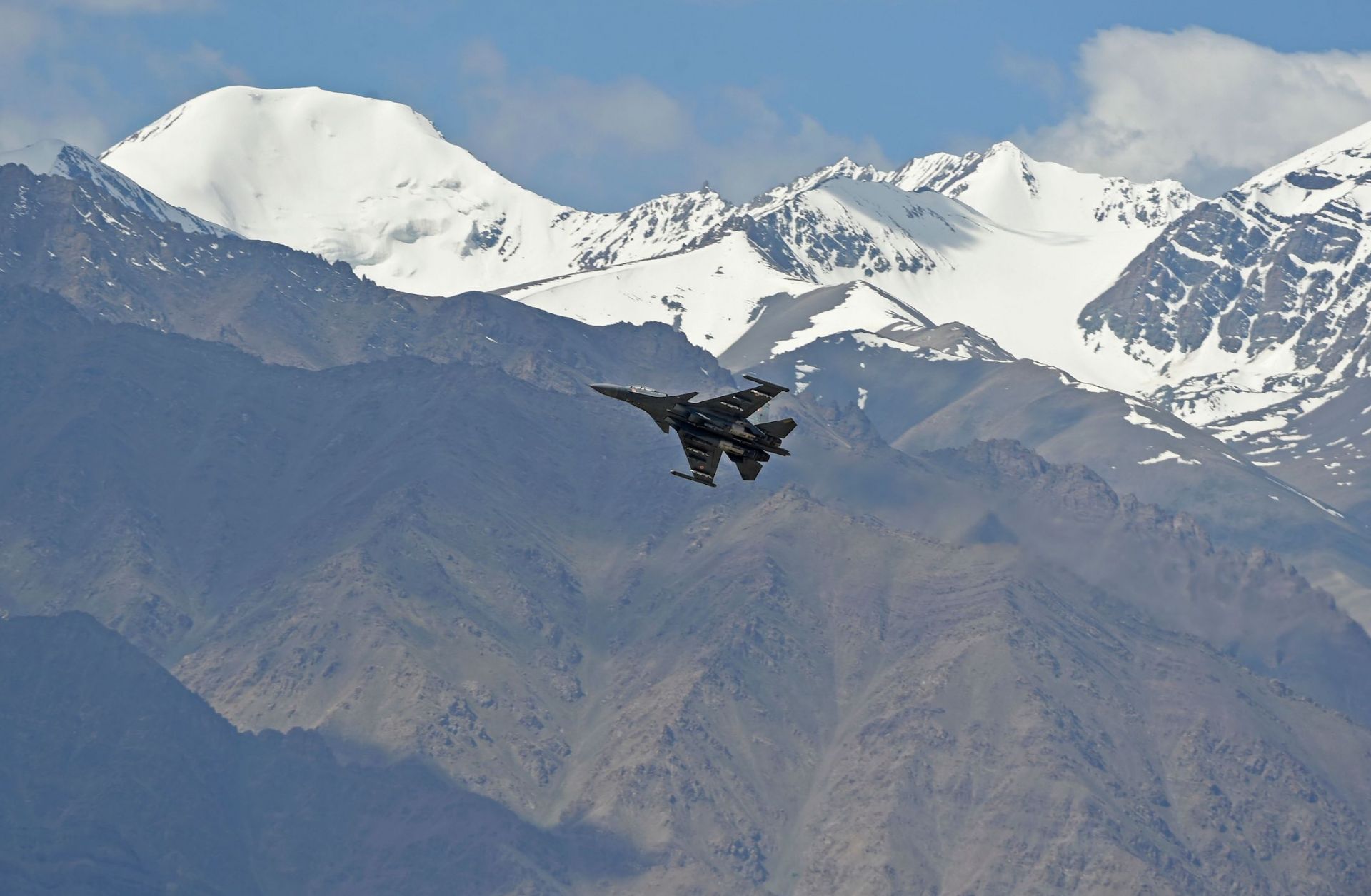 China Moves to Freeze Its Border Dispute With India Before the Winter Does
China’s recent reassertion of its 1959 border line with India has left little room for a compromise in the two countries’ territorial dispute in Ladakh ahead of the approaching harsh winter, which will enable Beijing to both reinforce its claims in the Himalayan region come spring, as well as test Indian resolve with actions at other areas along the border. In late September, the Chinese Foreign Ministry sent a statement to the Hindustan Times confirming it still recognizes its unilateral 1959 line along the Indian border as the Line of Actual Control (LAC), which was drawn before the two countries’ war in 1962. Military officials from the two sides are set to meet Oct. 12 for the seventh round of Corps Commander talks aimed at resolving the border standoff in the eastern section of Ladakh, but China’s reassertion of the 1959 line makes any resolution difficult before the winter season sets in
READ MORE
China
India
Security
Military
Modernizing China’s Military
China in Transition
India's Own Worst Enemy
AssessmentsOct 9, 2020 | 10:00 GMT 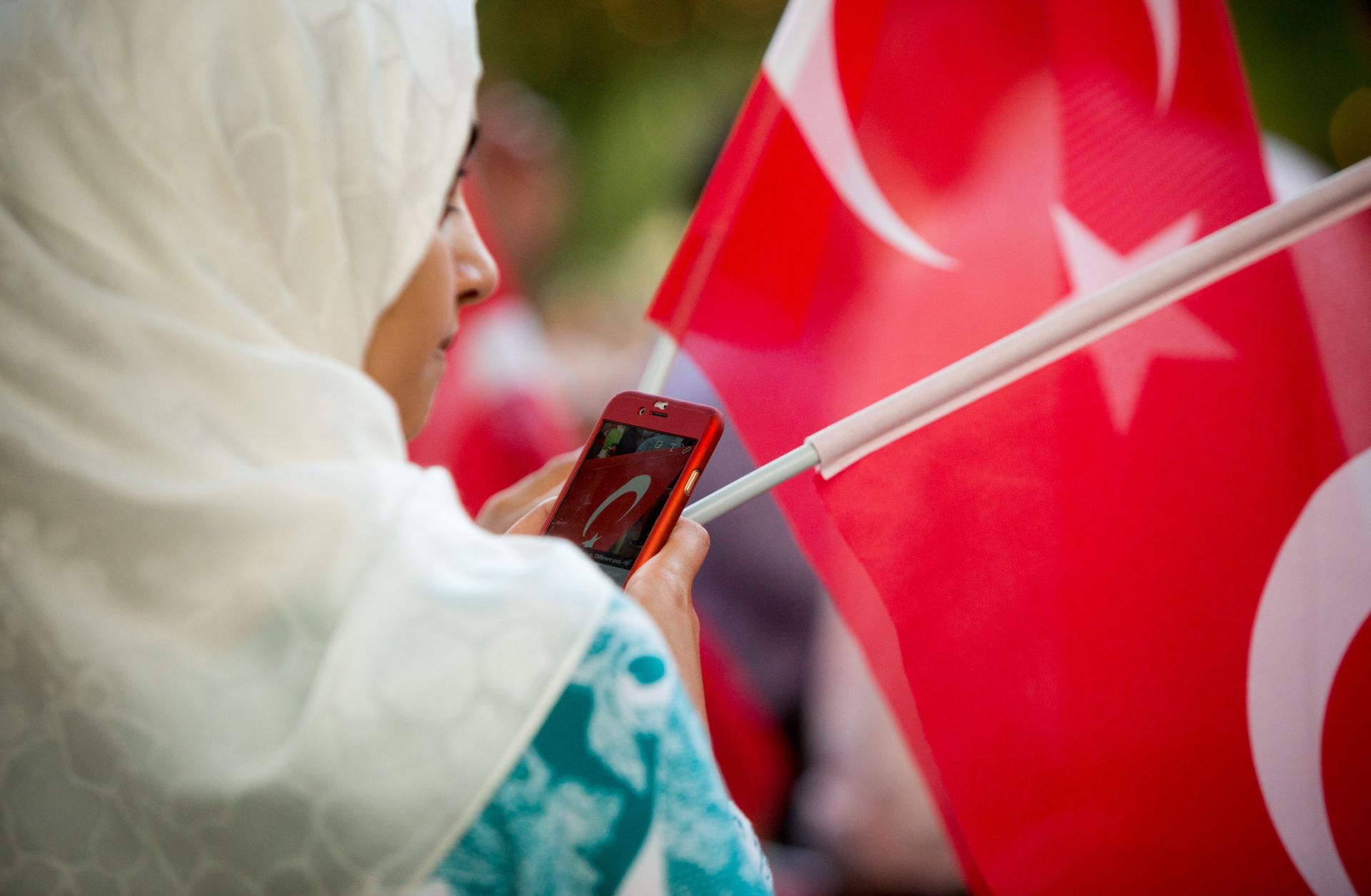 Facebook Tests Turkey's Resolve by Defying Its New Social Media Law
Facebook’s noncompliance could result in it being effectively banned from the country, as Ankara ramps up pressure on U.S. and European platforms to censor their content.
READ MORE
United States
China
Europe
Russia
Iran
Turkey
Technology
Politics
Turkey's Resurgence
The U.S. and the Balance of Power
SnapshotsOct 8, 2020 | 20:19 GMT 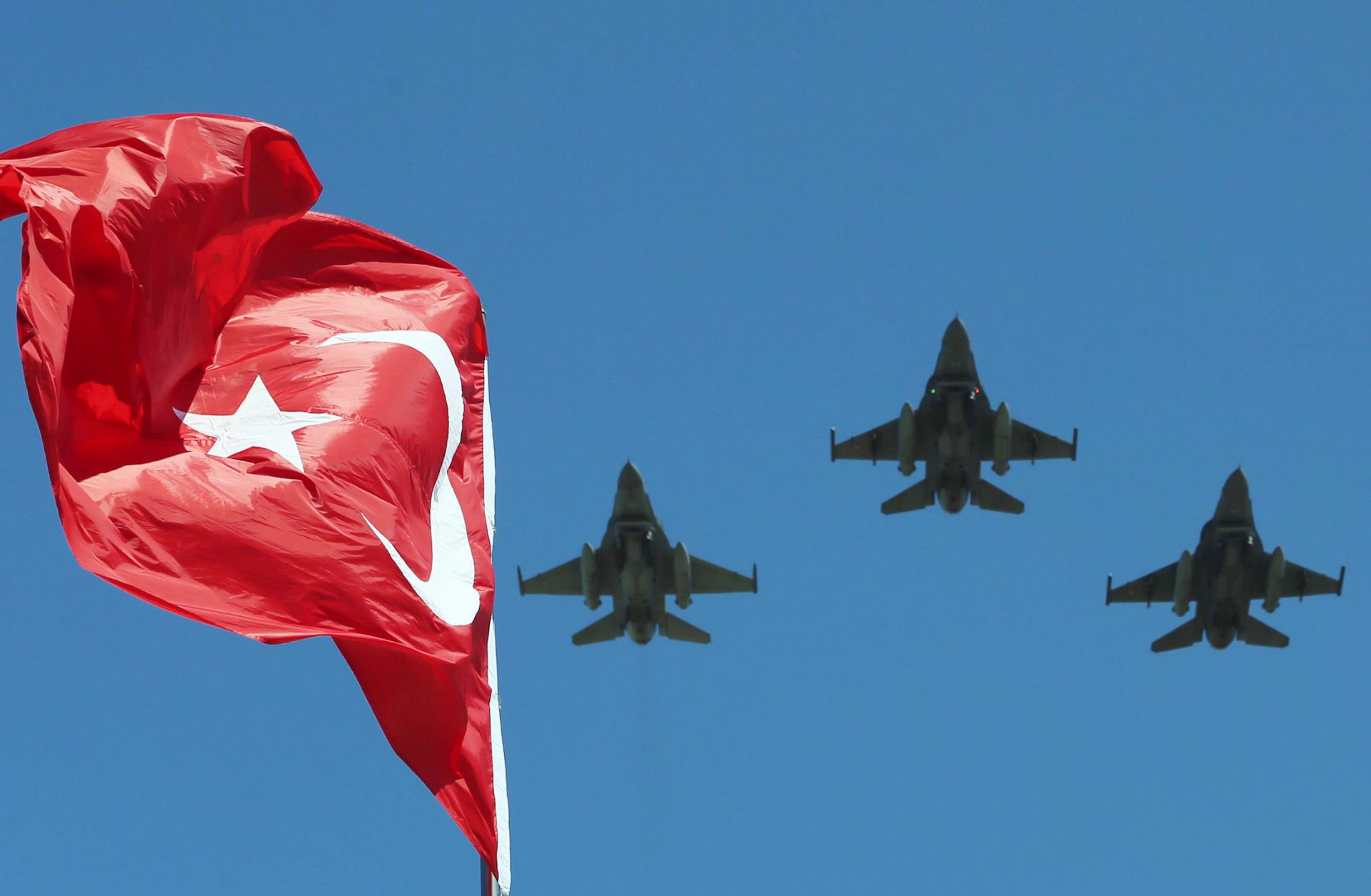 F-16s Reveal Turkey's Drive to Expand Its Role in the Southern Caucasus
Confirmation of Turkish F-16 fighter aircraft operating out of Azerbaijan amid conflict in Nagorno-Karabakh illustrates Turkish commitment to challenging Russian hegemony in the Southern Caucasus. This will increase Russo-Turkish tensions, but these ultimately will prove manageable under Russian and Turkey's existing model for bilateral mediation and deescalation.
READ MORE
Armenia
Azerbaijan
Russia
Turkey
Turkey's Resurgence
SnapshotsOct 8, 2020 | 19:04 GMT 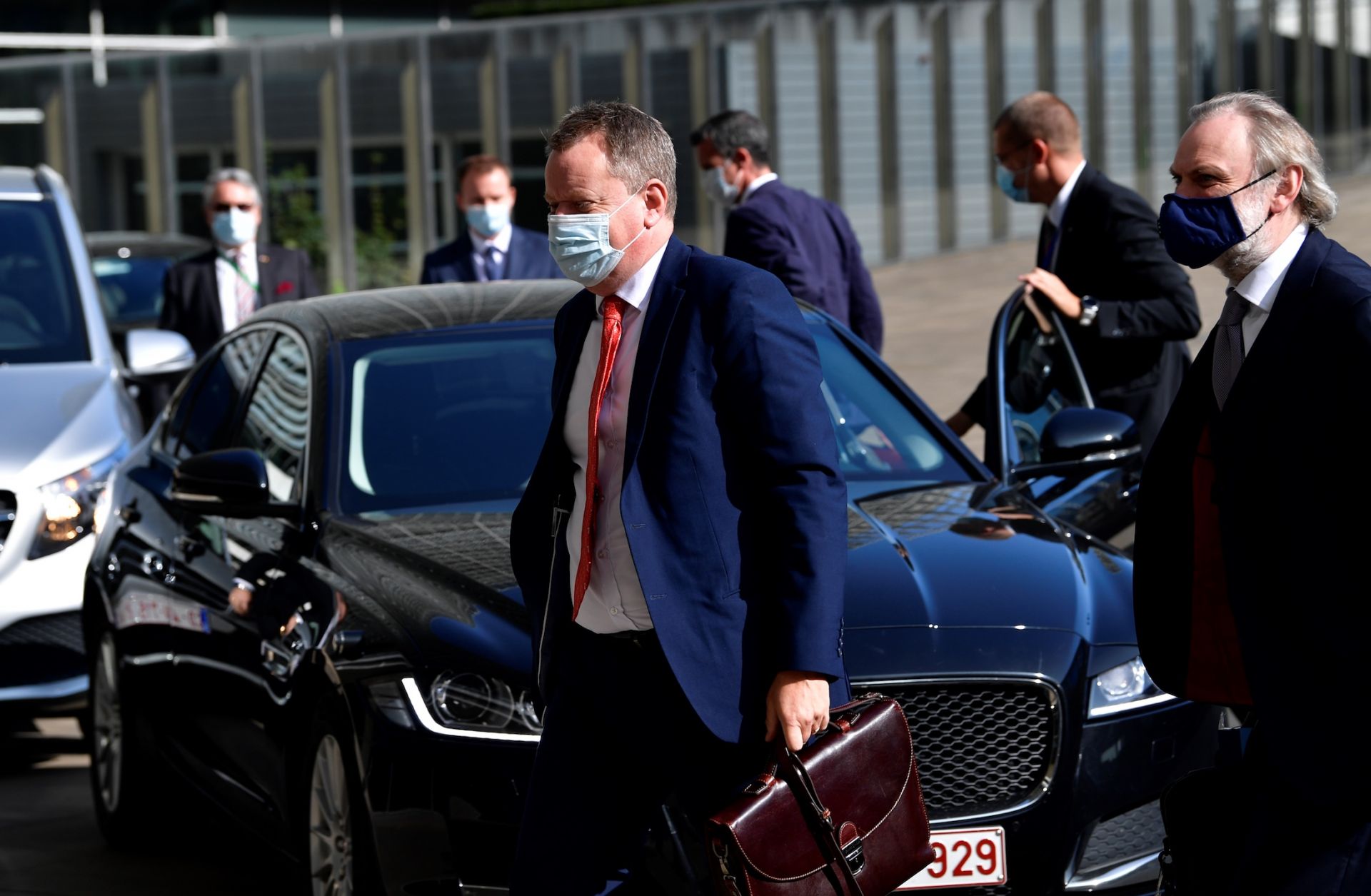 Brexit Talks Make Progress as Deadline Looms
Progress between EU and U.K. negotiators on contentious issues such as state aid and fishing rights is increasing the probability of a limited trade agreement by the end of the year. However, London’s ongoing attempts to circumvent certain aspects of the Withdrawal Agreement that it reached with Brussels last year could still thwart such a deal. The European Union is worried that the United Kingdom will use state aid to increase the competitiveness of its companies vis-a-vis their continental rivals, while London has pledged to restrict EU access to its fishing waters. Both issues have been obstacles to a deal since the beginning of trade talks in March, but in recent days there have been signs of potential compromises.
READ MORE
Europe
United Kingdom
Supply Chains
Economics
Politics
Brexit
European Disintegration
AssessmentsOct 7, 2020 | 17:00 GMT 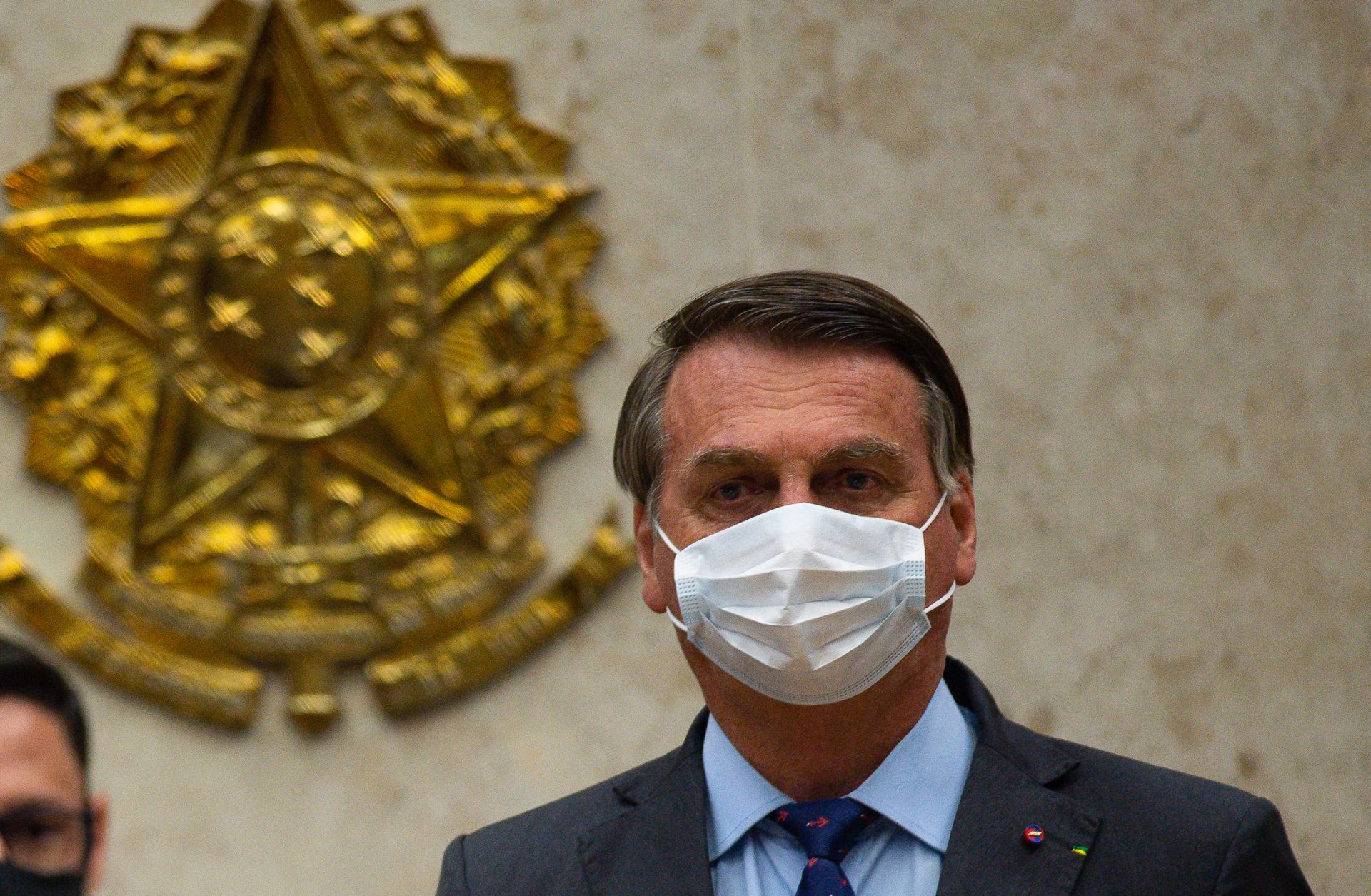 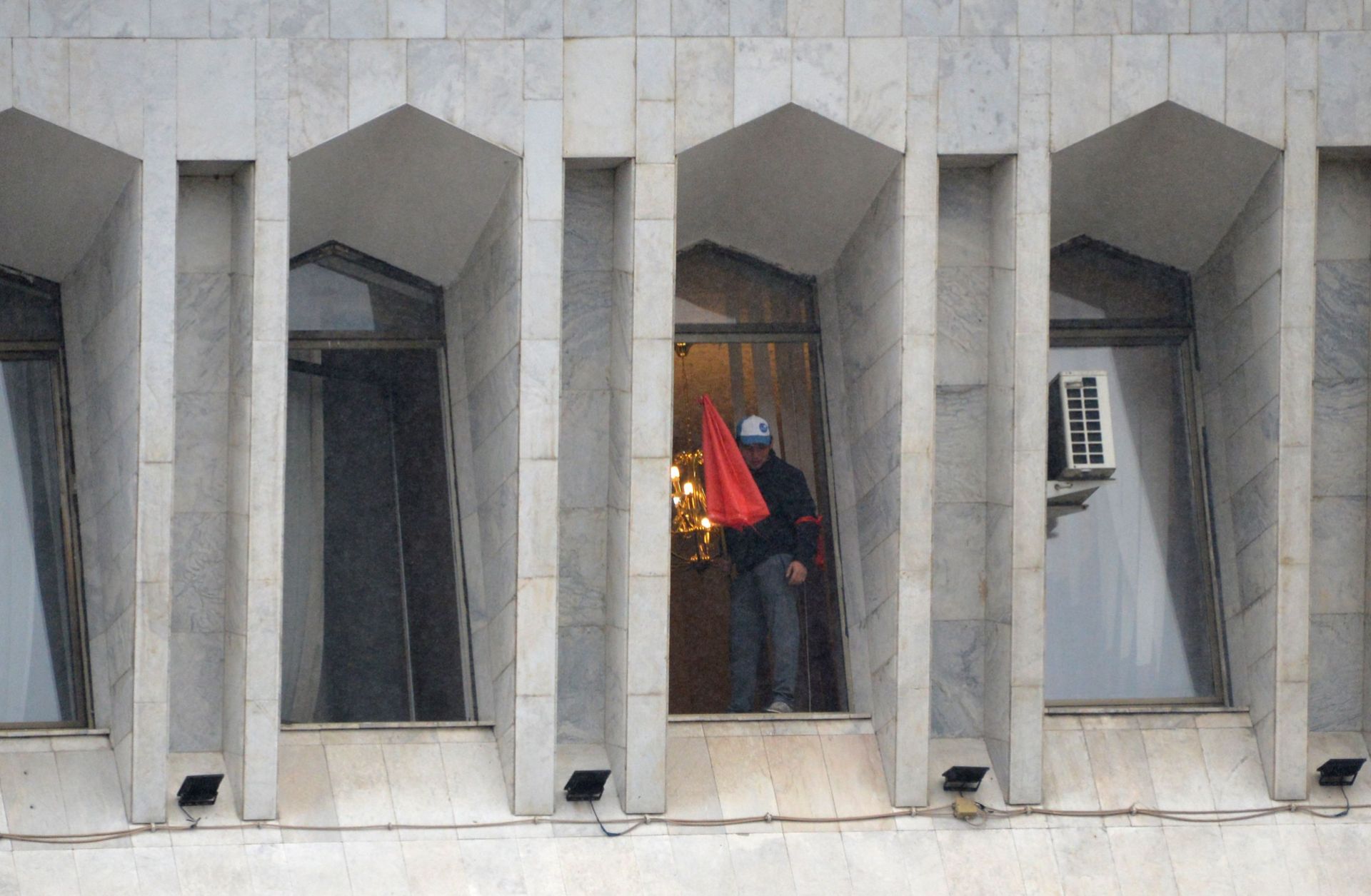 In Kyrgyzstan, Protests Challenge the President’s Place in Power
An overnight outbreak of violent protest activity over parliamentary elections in Kyrgyzstan casts doubt over President Sooronbay Jeenbekov’s continued rule, but is unlikely to shift the country’s overall policy direction. Following initial limited and peaceful protests in Bishkek, where opposition demonstrators accused Jeenbekov’s supporters of widespread vote-buying, the situation rapidly devolved into violence during the evening of Oct. 5. The situation in Bishkek has now developed into a tense standoff where protesters control various government buildings and have released jailed political opponents of Jeenbekov, while the president himself has not indicated a desire to resign.
READ MORE
China
Eurasia
Kyrgyzstan
Russia
Security
Politics
The New Silk Road
The Fight for Russia’s Borderlands
AssessmentsOct 5, 2020 | 20:23 GMT 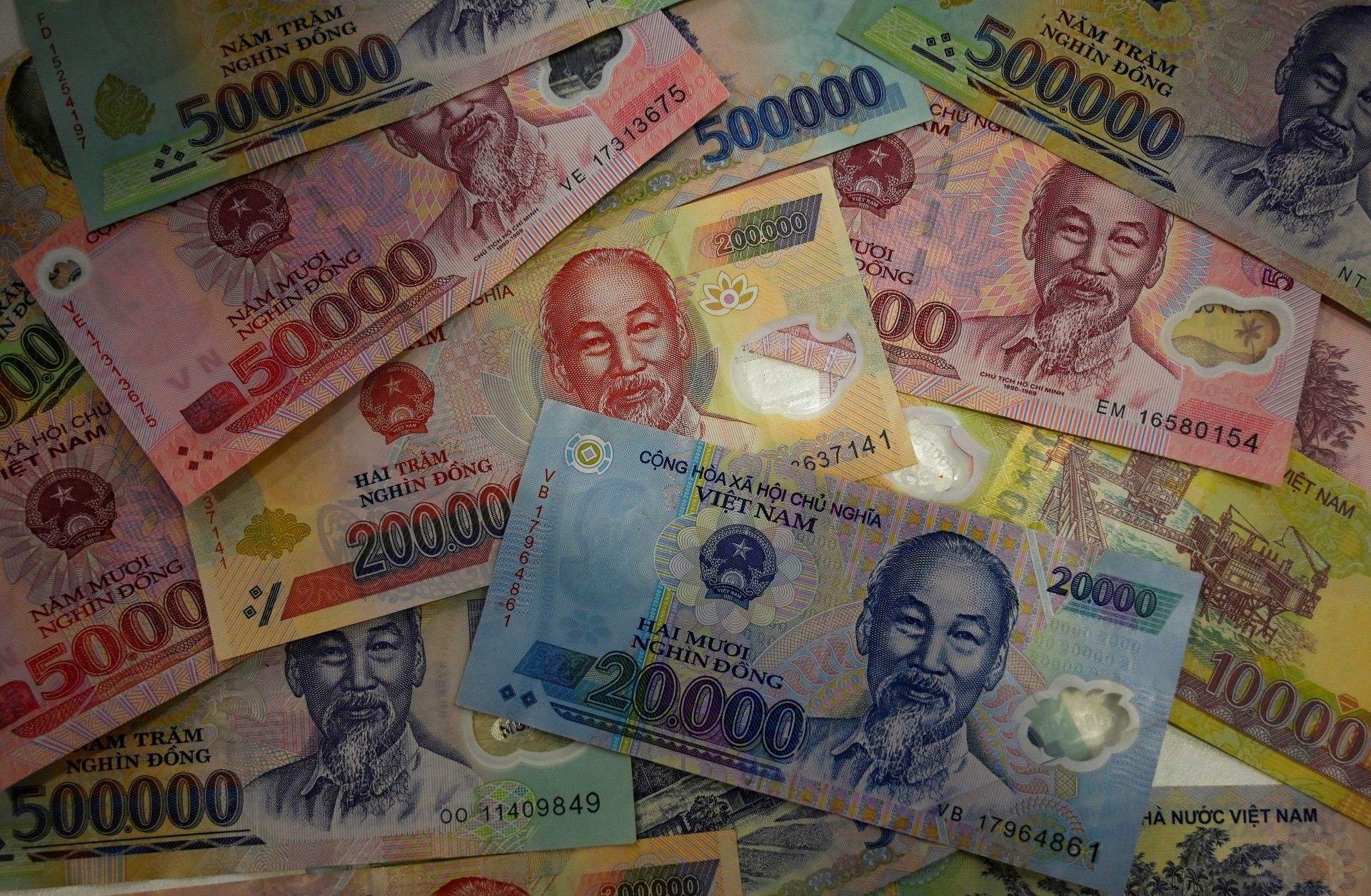 For Vietnam, Trump’s Re-Election Would Translate to Tariffs
A new U.S. investigation into Vietnam’s potential currency manipulation and undervaluation could result in a limited amount of tariffs being levied against Vietnamese goods, should U.S. President Donald Trump be reelected in November. On Oct. 2, the Office of the U.S. Trade Representative announced the launch of the investigation under Section 301 of the Trade Act of 1974, which is the United States’ most powerful tool in enacting tariffs on foreign governments with policies deemed harmful to U.S. commercial interests. If concluded by the Trump administration, the investigation -- which will likely take months and could last into 2021 -- would probably find that Vietnam’s currency, the dong, is undervalued due to government policymaking.
READ MORE
United States
Vietnam
Economics
Politics
The U.S. and the Balance of Power
Asia-Pacific: Among Great Powers