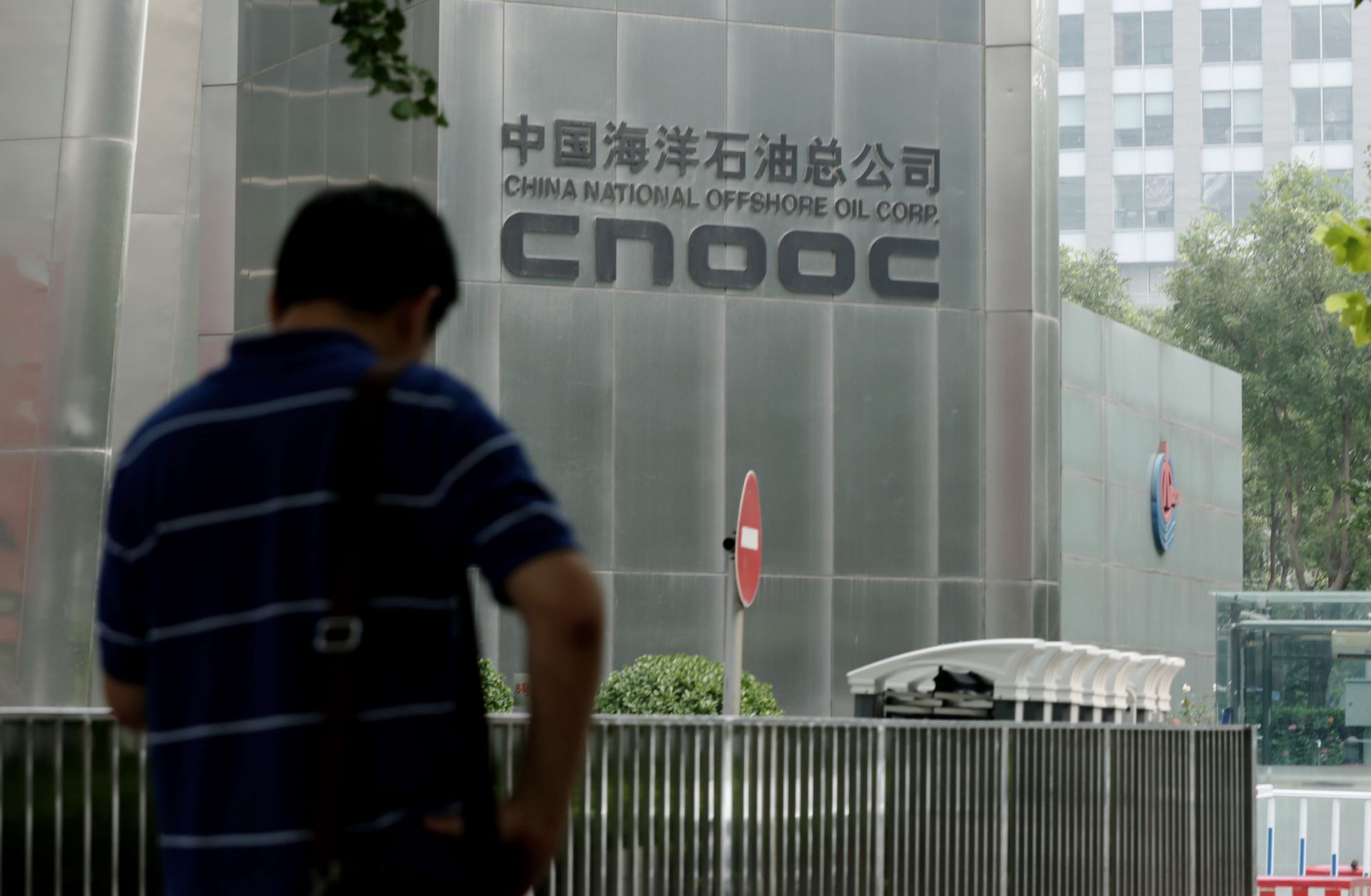 The U.S. Adds Chinese Oil Giant CNOOC to Its Export Blacklist
The U.S. Commerce Department added the Chinese National Offshore Oil Corporation (CNOOC) to its entity list on Jan. 14, effectively cutting off China’s third-largest oil company from U.S. exports. The move highlights the South China Sea’s importance to U.S. strategy, which will likely continue -- though not necessarily expand -- under U.S. President-elect Joe Biden. The Trump administration has significantly increased pressure on CNOOC in recent months, beginning in December when it added CNOOC to a separate U.S. Pentagon list of companies that are either owned by or controlled by the Chinese military, which will force certain U.S. investors to divest from CNOOC’s shares by mid-November. Just hours before the Commerce Department’s announcement, the S&P Dow Jones announced it was removing CNOOC from impacted indices to comply with a Jan. 13 presidential order banning U.S. investment into designated Chinese military-linked companies. As a result, major U.S. exchanges will likely delist
READ MORE
United States
China
Technology
Security
Energy
Economics
Military
Modernizing China’s Military
The U.S. and the Balance of Power
SITUATION REPORTJan 14, 2021 | 16:59 GMT
China, U.S.: Washington Adds Major Chinese Energy Company CNOOC to Entities List
The U.S. Commerce Department's Bureau of Industry and Security has added the state-owned Chinese National Overseas Oil Corporation (CNOOC) to its entities list, citing the company's involvement in China's moves to enforce its sweeping territorial claims in the South China Sea by harassing Vietnam and other countries’ offshore energy exploration activities in the region, according to a Jan. 14 press release.
READ MORE
United States
China
Modernizing China’s Military
The U.S. and the Balance of Power
China in Transition
AssessmentsJan 12, 2021 | 21:55 GMT 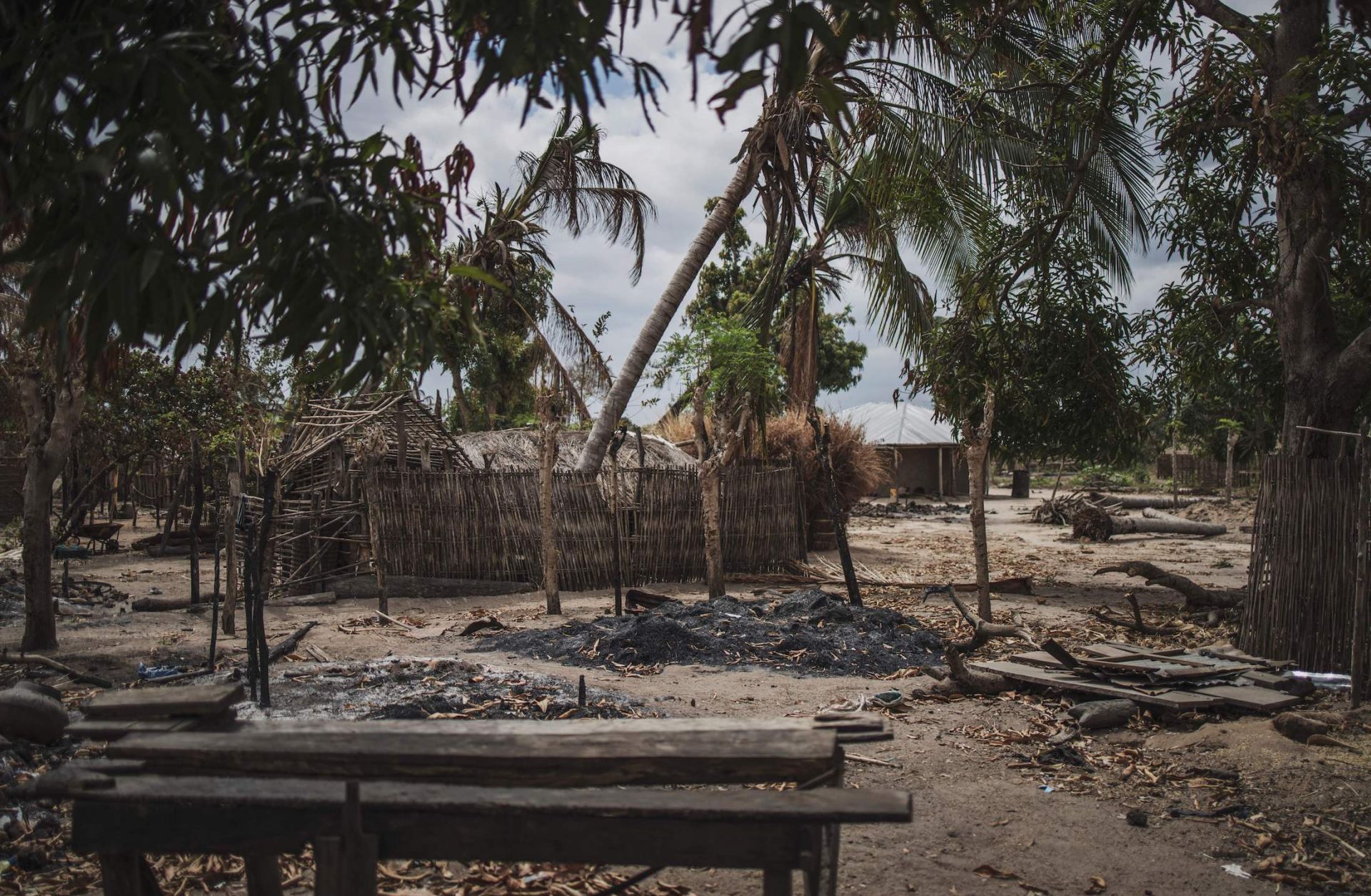 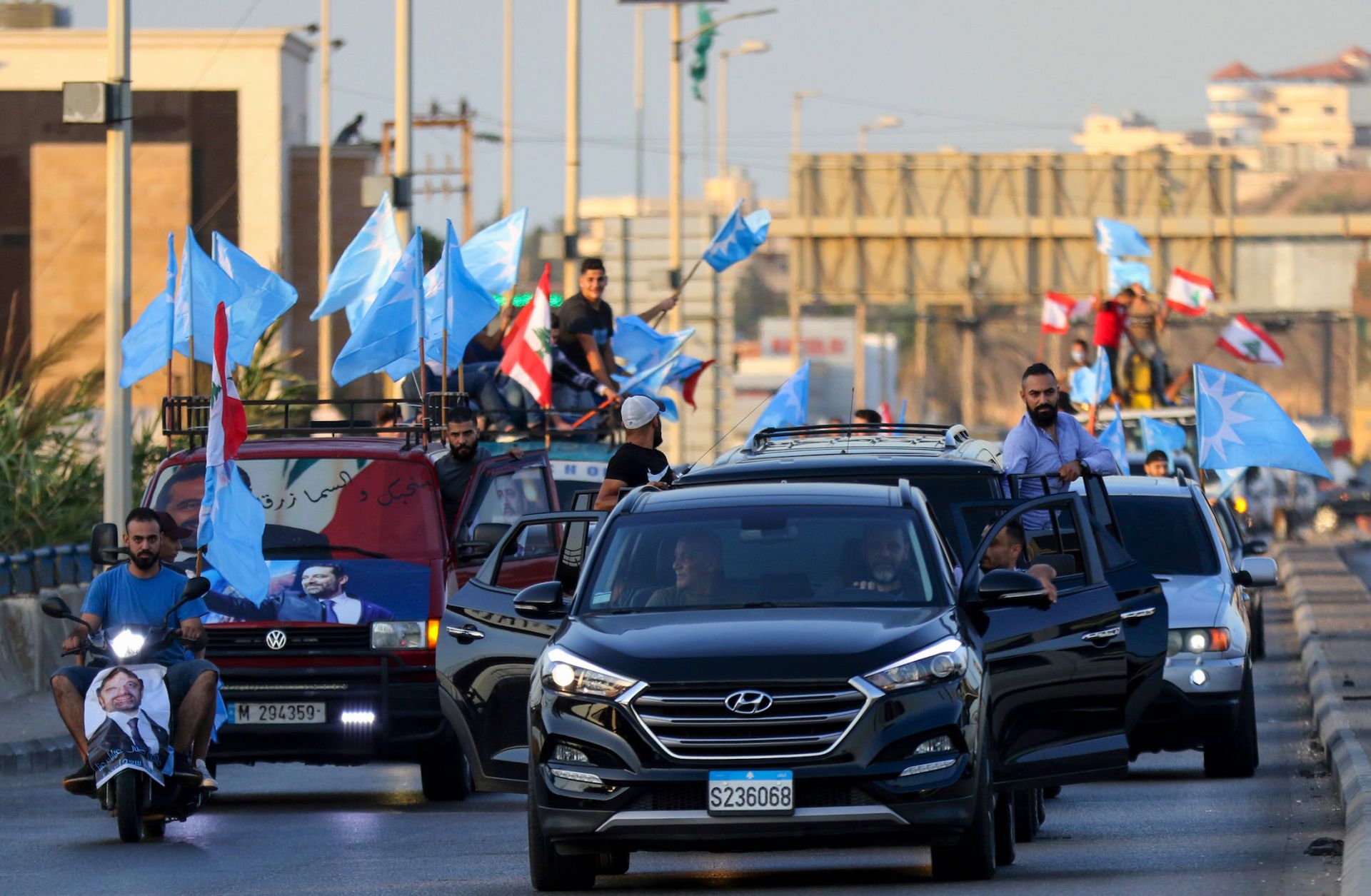 In Lebanon, Time Is Running Out to Avoid a Total Unraveling
After a year of severe economic and political instability, Lebanon is edging closer toward a full-blown crisis that could overwhelm even the most entrenched members of its ruling elite, raising the specter of widespread unrest or another civil war. Little about Lebanon is tenable, with its economy in shambles, its national budget unsustainable, its infrastructure in disrepair, and its security at constant threat from extremists, regional conflicts and internal unrest. But with no checks on their power, Lebanon’s various political factions are still finding ways to ritualize this dysfunction, scrambling to stay one step ahead of a disaster that upends their place in power -- and with it, the remaining threads keeping the country from coming apart at the seams.
READ MORE
Lebanon
Security
Economics
Military
Politics
Rebalancing Power in the Middle East
Broken Contracts in the Middle East
SnapshotsJan 4, 2021 | 22:09 GMT 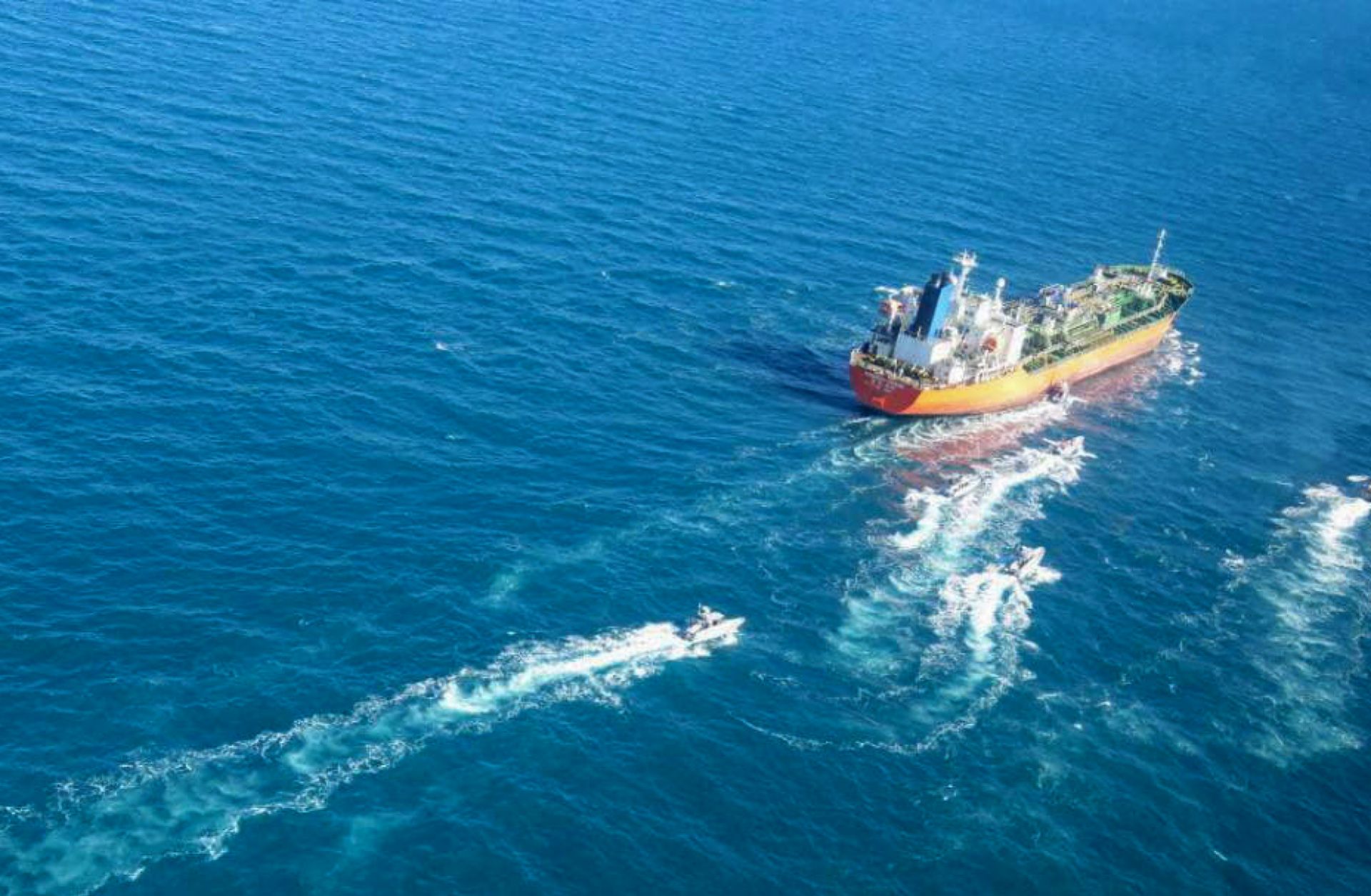 What to Make of the Latest Uptick in Iranian Aggression
Security risks, including threats to tanker traffic, in the Persian Gulf and Iraq will remain heightened after U.S. President-elect Joe Biden takes office, despite his intent to enter negotiations with Tehran. The uptick in Iranian nuclear and naval activity since Dec. 31 risks provoking a military response in the region from foreign actors, including a potential U.S. strike on Iranian soil. On Jan. 3, Acting U.S. Secretary of Defense Christopher Miller announced that the USS Nimitz would forgo its redeployment away from the Middle East due to “recent threats issued by Iranian leaders against President Trump and other U.S. government officials.” Although the Pentagon did not specify what Miller was alluding to, the comments come after a Dec. 31 statement made by Iranian President Hassan Rouhani was initially translated as saying Trump would be ousted from “life.” Iranian officials have since this was a mistranslation, specifying that Rouhani was referring to Trump’s
READ MORE
United States
Europe
Bahrain
Iran
Iraq
Saudi Arabia
Syria
United Arab Emirates
Security
Iran's Arc of Influence
Cybersecurity
The U.S. and the Balance of Power
SITUATION REPORTJan 4, 2021 | 19:34 GMT
Mozambique: Attacks Near LNG Site Prompt Total to Evacuate Staff
The French oil and gas company Total has “temporarily reduced” its workforce at a liquified natural gas (LNG) site in northern Mozambique after Ahlu Sunna W’al Jama’ah (ASWJ) militants attacked a village less than 1 kilometer from the project, Bloomberg reported Jan. 1.
READ MORE
Mozambique
Security
Energy
The Jihadist Wars
Annual ForecastsJan 3, 2021 | 21:37 GMT 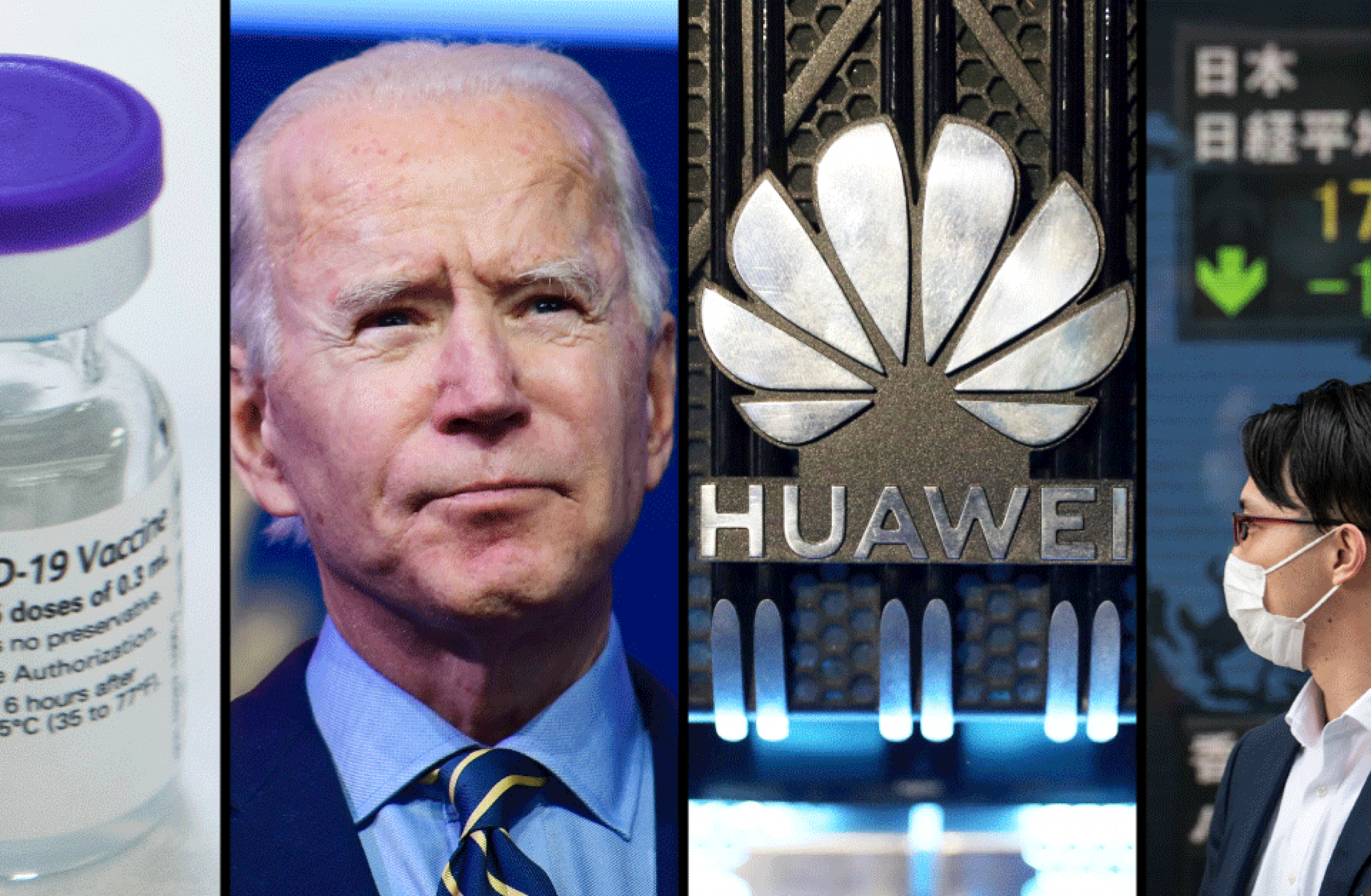 2021 Annual Forecast
The geopolitical environment in 2021 will be shaped by two global developments: the trajectory of the COVID-19 pandemic and the efforts by U.S. President-elect Joe Biden's administration to restore collaborative relationships across the globe.
READ MORE
AssessmentsJan 1, 2021 | 10:00 GMT 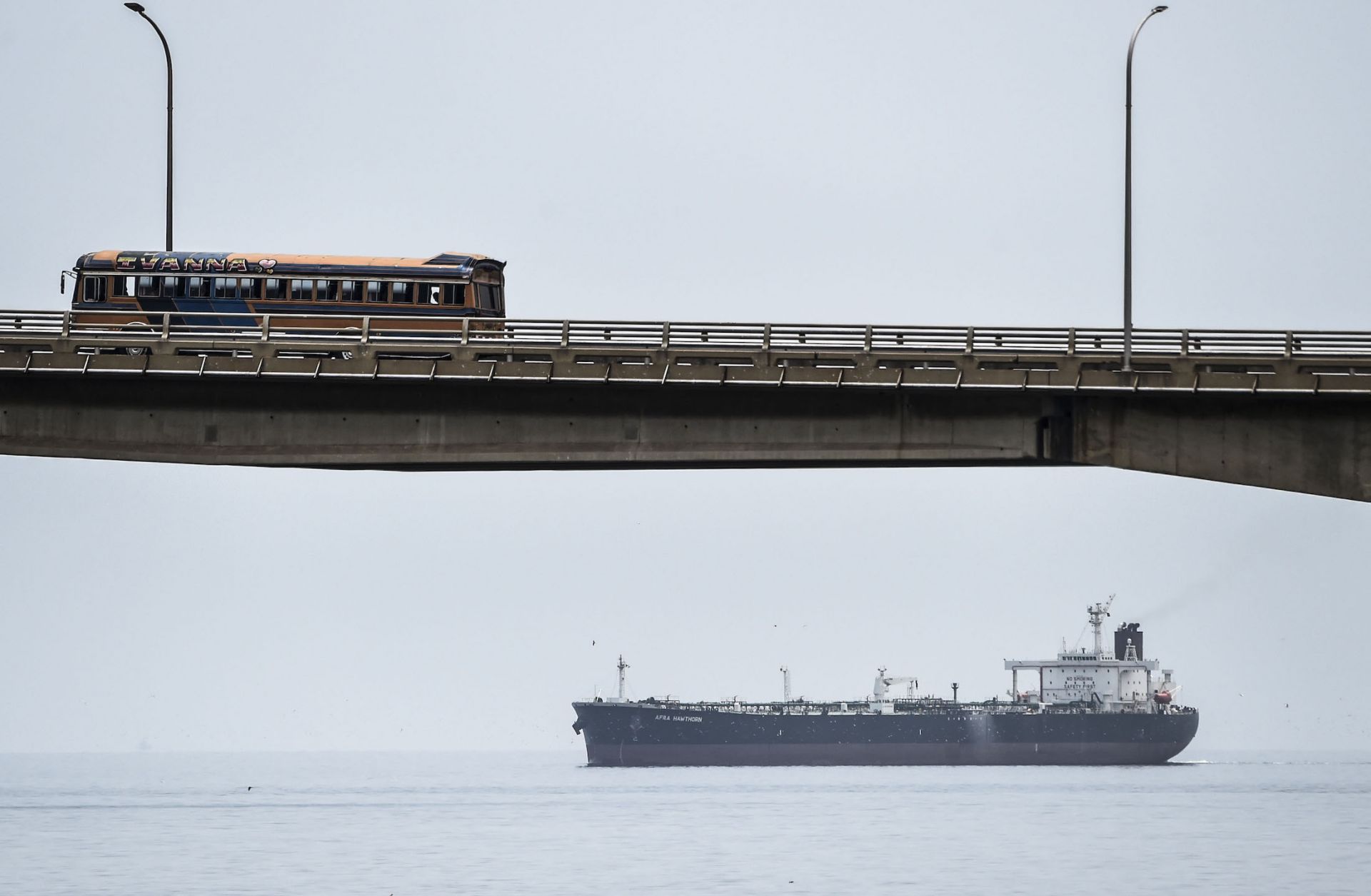 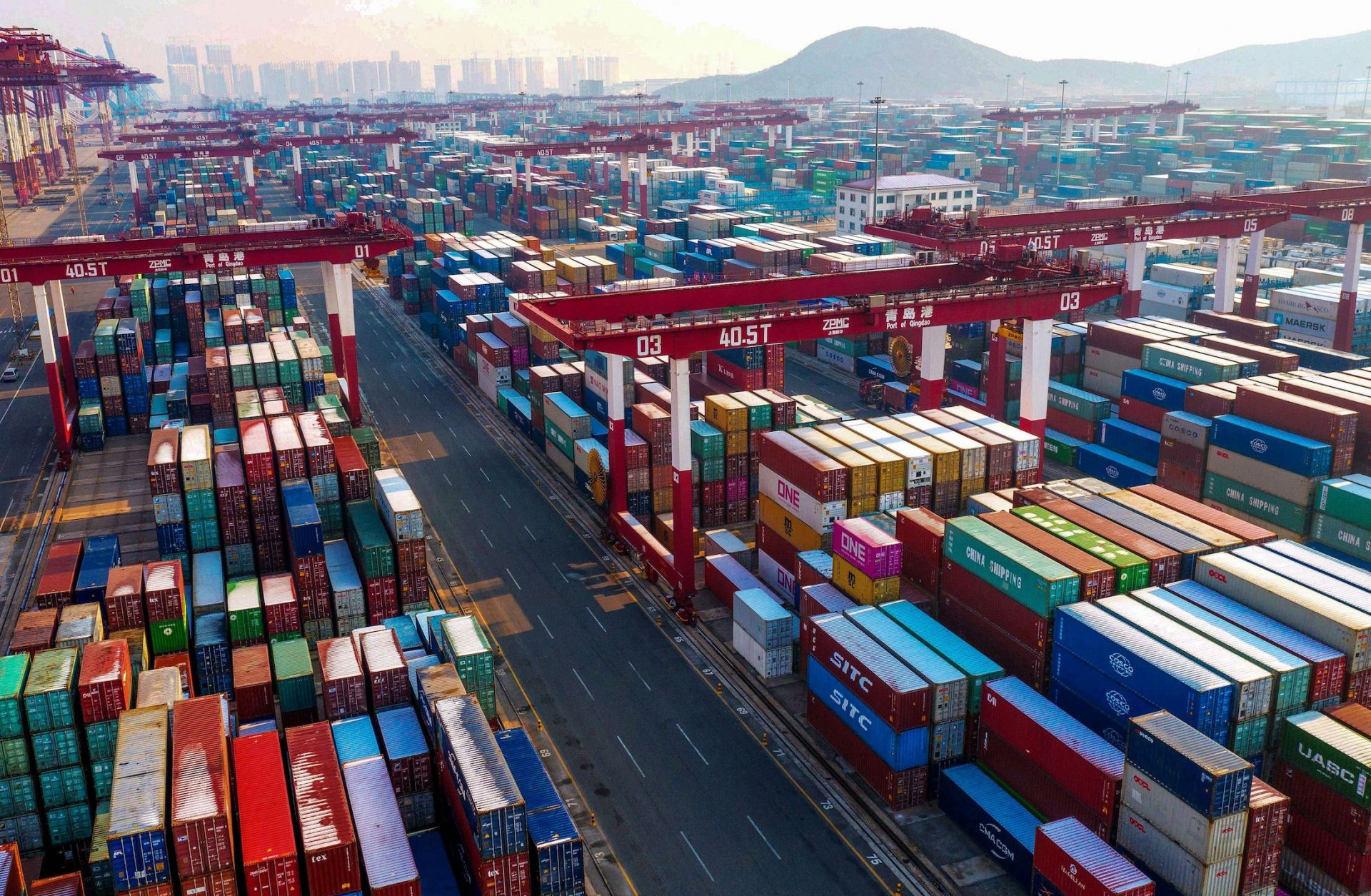 The Fate of Trump’s China Tariffs Under Biden
The Biden administration will probably maintain many of the existing U.S. tariffs on China, ushering in a lengthy period of restrictions that will likely prompt businesses to consider shifting their supply chains and operations outside China. While President-elect Joe Biden says he intends to review the tariffs U.S. President Donald Trump placed on China, he has said he will not make any "immediate moves" regarding them. Nevertheless, as the phase one trade deal between the U.S. and China winds down and concludes in 2021 and China continues to remain far behind committed levels of purchases, the Biden administration is not likely to add significantly more tariffs on China to those already existing.
READ MORE
United States
China
Supply Chains
Economics
Politics
The U.S. and the Balance of Power
China in Transition
GuidanceDec 24, 2020 | 16:58 GMT 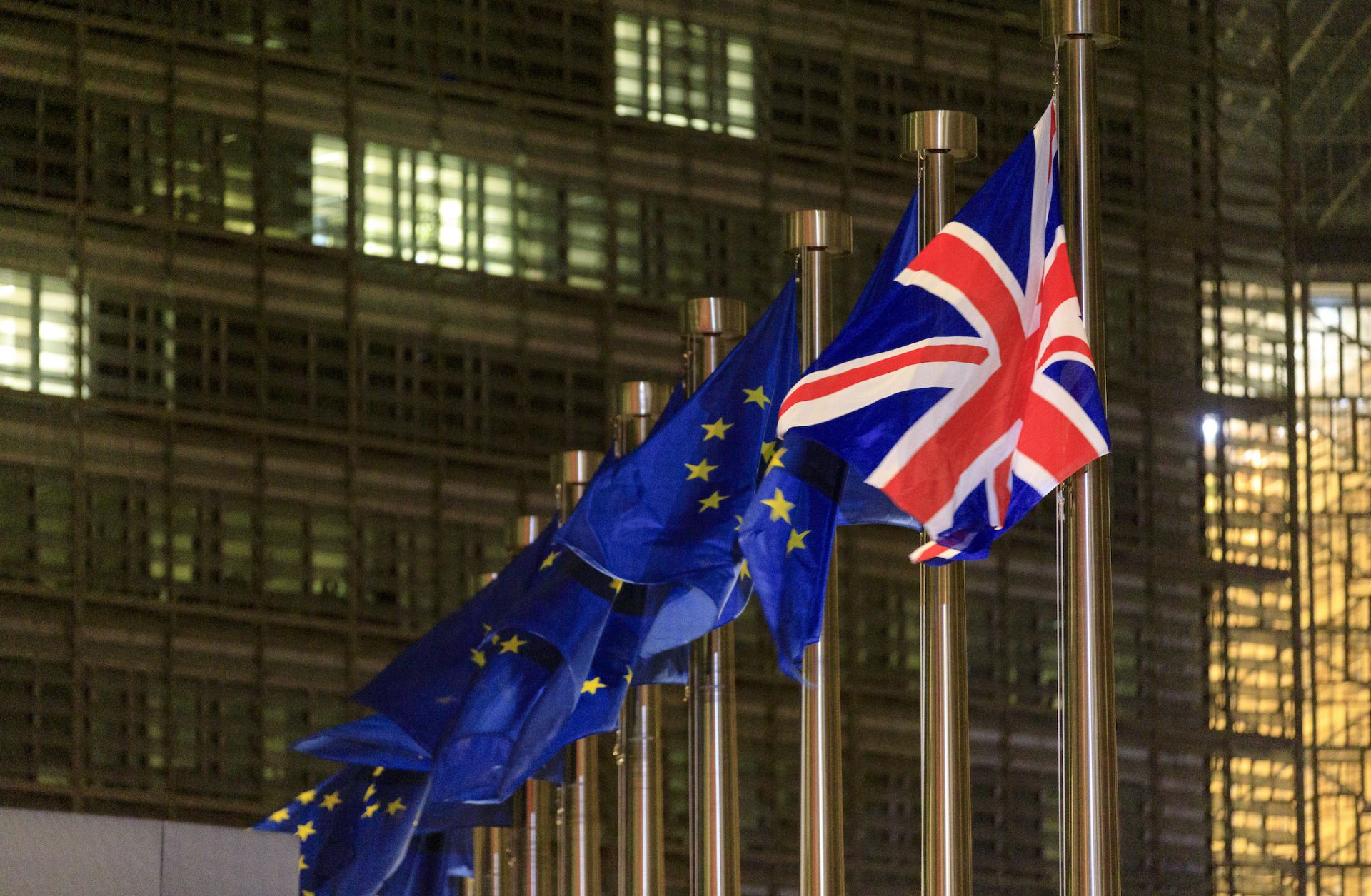 The EU and U.K. Reach a Trade Deal, Ending Brexit. What Now?
Five years of economic uncertainty for households and companies that began with the Brexit referendum of 2016 have come to an end. The European Union and the United Kingdom have reached a free trade agreement that covers most goods, but only a limited number of services. This means that manufacturers in the European Union and the United Kingdom will be able to continue trading with each other from Jan. 1, 2021, without any quotas or tariffs, and the heavily disruptive scenario of trade under World Trade Organization tariffs has been avoided. On the contrary, the services sector (which represents around 80% of the British economy) will have limited access to the EU single market.
READ MORE
Europe
United Kingdom
Brexit
Britain After Brexit
AssessmentsDec 24, 2020 | 10:00 GMT 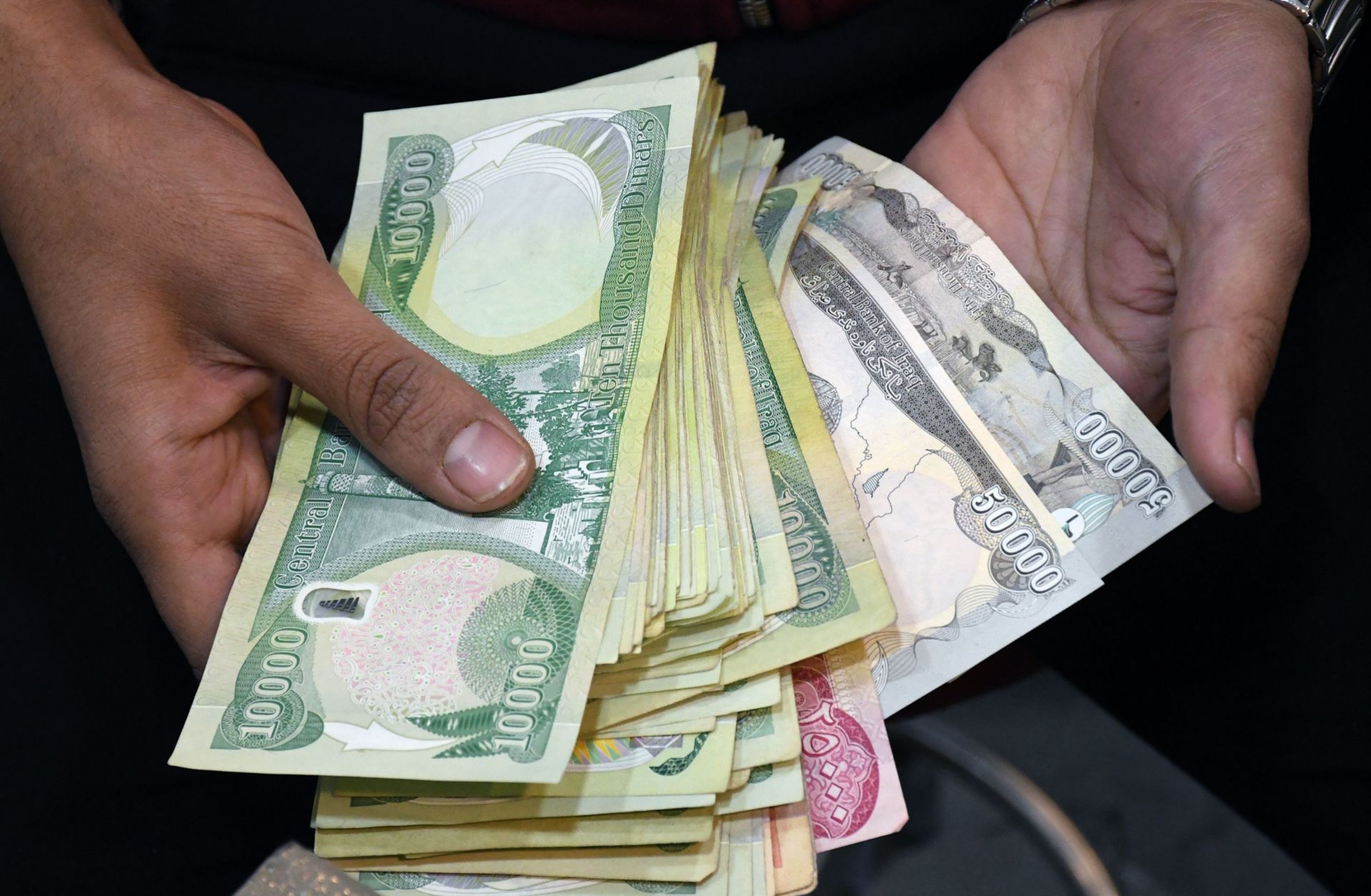 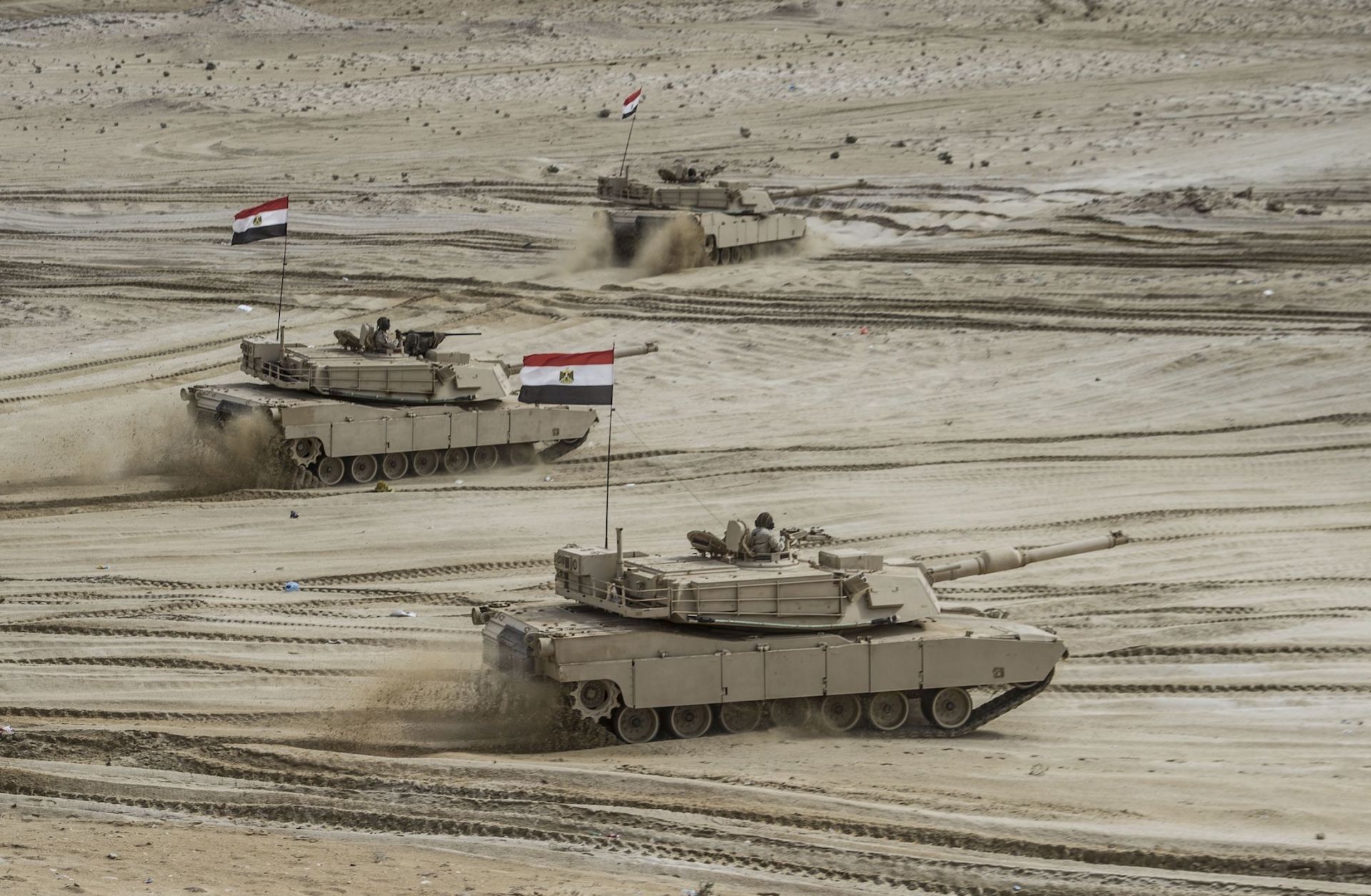 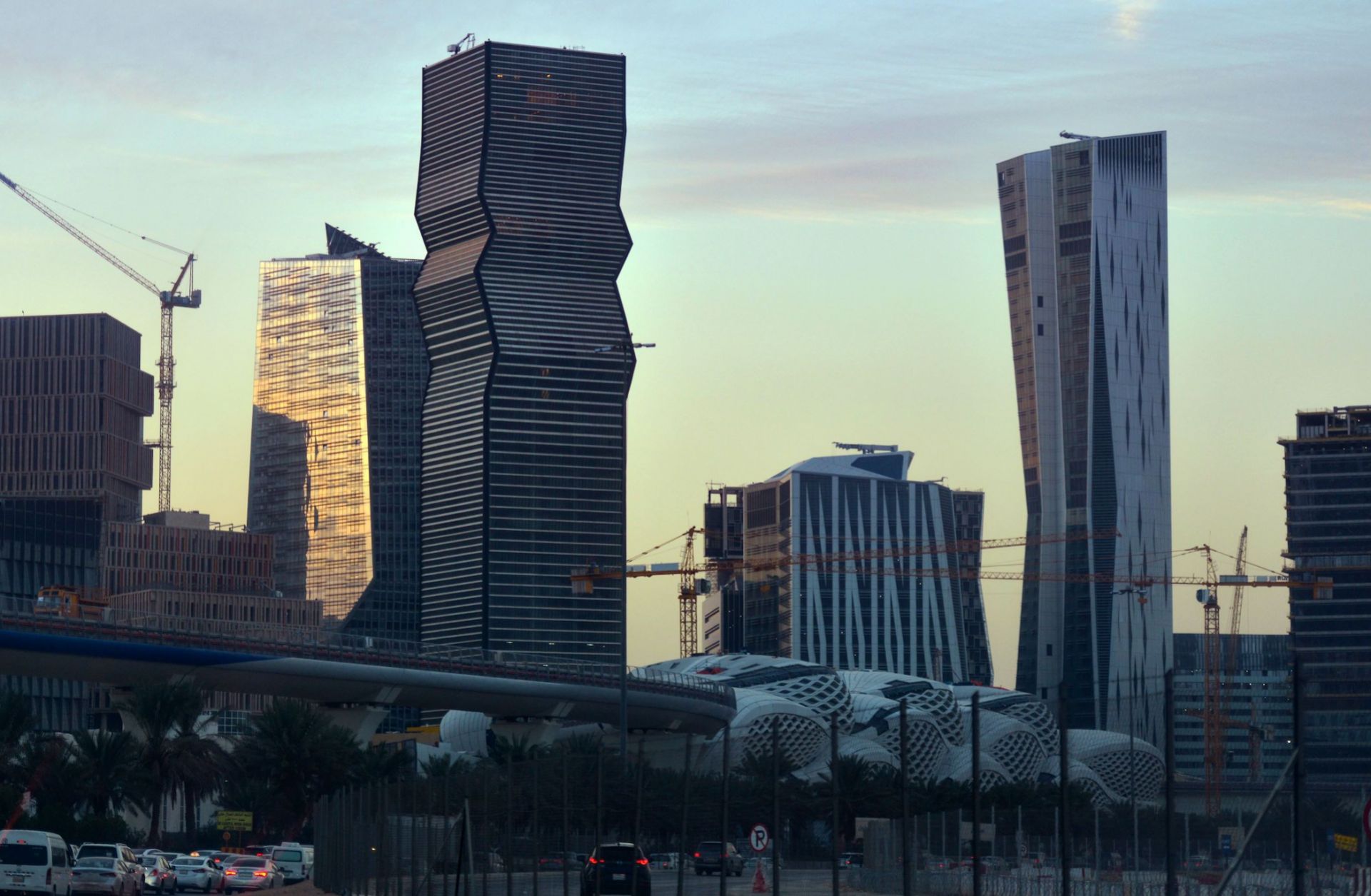 Saudi Arabia’s Lean 2021 Budget Reflects Its Grim Economic Reality
The Saudi government’s 2021 budget shows it remains committed to trimming government spending and establishing long-term financial sustainability through reforms. But the uptick in private sector activity needed to offset cuts to public spending, as well as shore up the kingdom’s long-term financial prospects, is not guaranteed, creating the potential for economically driven social unrest. The Saudi finance ministry released its 2021 budget statement on Dec. 15. The budget allots $264 billion for government spending, with an expected revenue of $226 billion. The kingdom’s budget deficit in 20201 anticipated is to narrow to 4.9% of GDP from its 12% deficit in 2020. The budget note also foresees a 7.3% cut in state spending and includes numerous references to Riyadh’s continued commitment to its Vision 2030 goals.
READ MORE
Saudi Arabia
COVID-19
Energy
Economics
The Saudi Survival Strategy
Broken Contracts in the Middle East
SITUATION REPORTDec 15, 2020 | 18:55 GMT
Croatia, Italy: Countries Reach an 'Understanding' on EEZs in the Adriatic
Croatia’s government announced it had reached “an understanding” with Italy to declare the two countries’ exclusive economic zones (EEZ) in the Adriatic Sea, Euractiv reported Dec. 14.
READ MORE
Croatia
Slovenia
Security
Economics