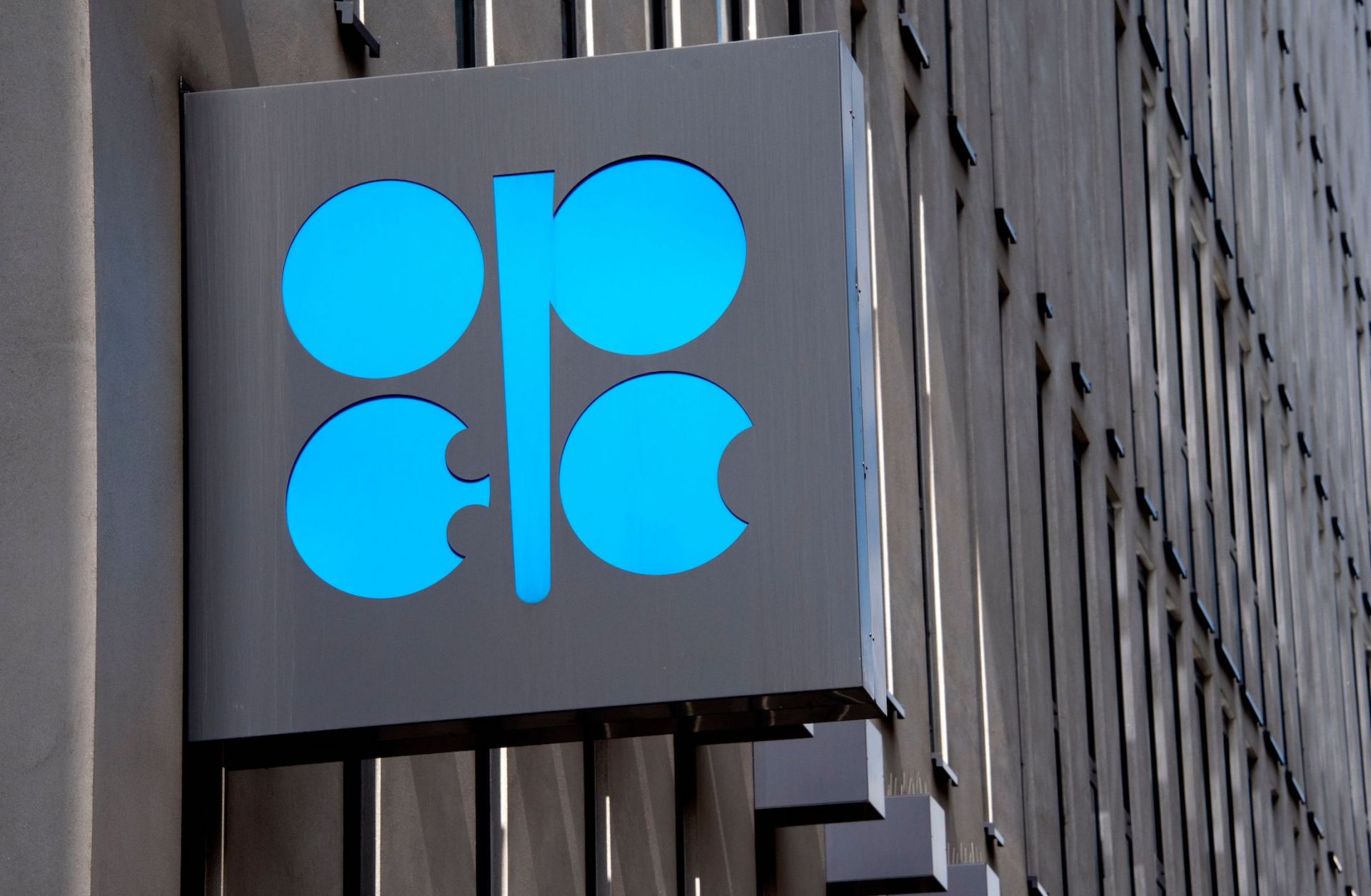 OPEC+ Production Cuts Meet Another COVID-19 Reality Check
During its next meeting, the Organization of the Petroleum Exporting Countries (OPEC) and its allies will likely agree to roll over their current oil production cuts through the first quarter of 2021. But in the second half of next year, the opposing priorities of its OPEC+ members will increase pressure to either change the structure of the cuts or accelerate their removal, leaving the global oil market oversupplied and oil prices relatively low for longer. OPEC is scheduled to hold a meeting to discuss production quotas on Nov. 30, while the broader OPEC+ block, which includes Russia, will meet on Dec. 1. The meetings, which were scheduled months ago, come as the COVID-19 pandemic continues to hammer the oil market.
READ MORE
United States
Russia
Iraq
Saudi Arabia
Libya
COVID-19
The Libyan Civil War
Energy
Economics
The Saudi Survival Strategy
The U.S. and the Balance of Power
A Crude Recovery
Russia's Internal Struggle
On SecurityNov 25, 2020 | 10:00 GMT 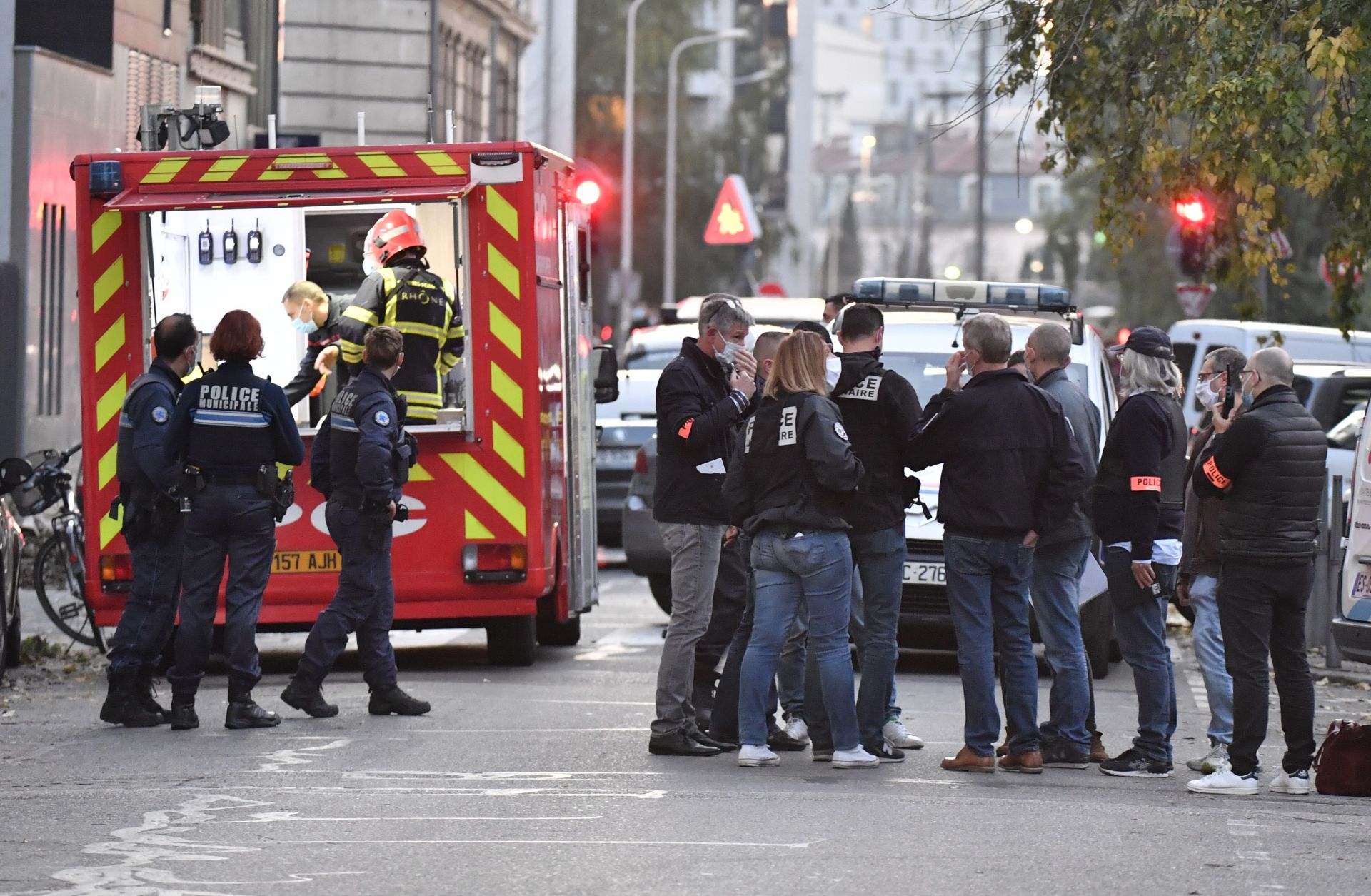 How Satirical Cartoons Have Become a Flashpoint for Violence in Europe and Abroad
Recent attacks and unrest in Europe and across the Muslim world are part of a pattern of violence associated with the Mohamed cartoon controversy that has recently flared up due to an ongoing trial in Paris. Attacks in September and early October focused on individuals and symbols directly linked to the cartoons, but the target set expanded as initial attacks spawned more violence, along with apparent retaliation to the initial attacks. In Europe, the return of the cartoon controversy comes amid rising concerns over Islamophobia and associated attacks. Verdicts in the trial that began the latest chapter of the controversy are expected in December, potentially providing motivation for even more attacks. The continual reemergence of the Mohammed cartoon controversy suggests that this issue will remain an issue that motivates violence for years to come.
READ MORE
France
Germany
Norway
Austria
Netherlands
Saudi Arabia
The Jihadist Wars
SITUATION REPORTNov 19, 2020 | 22:39 GMT
Turkey: Central Bank Delivers Sizable Interest Rate Hike, Prompting Lira Rally
The Central Bank of the Republic of Turkey (CBRT) increased interest rates from 10.25 percent to 15 percent, marking its biggest rate hike in over two years, which has since prompted a rally in the Turkish lira, Bloomberg reported Nov. 19.
READ MORE
Turkey
Economics
Turkey's Resurgence
SITUATION REPORTNov 18, 2020 | 23:49 GMT
Turkey: Parliament Approves Deployment of Peacekeepers to Azerbaijan
The Turkish parliament approved a government motion to deploy peacekeeping forces to Azerbaijan to help monitor the country’s recent cease-fire agreement with Armenia, Hurriyet reported Nov. 18.
READ MORE
Armenia
Azerbaijan
Russia
Turkey
Military
The Nagorno-Karabakh Conflict
Turkey's Resurgence
GuidanceNov 18, 2020 | 17:20 GMT 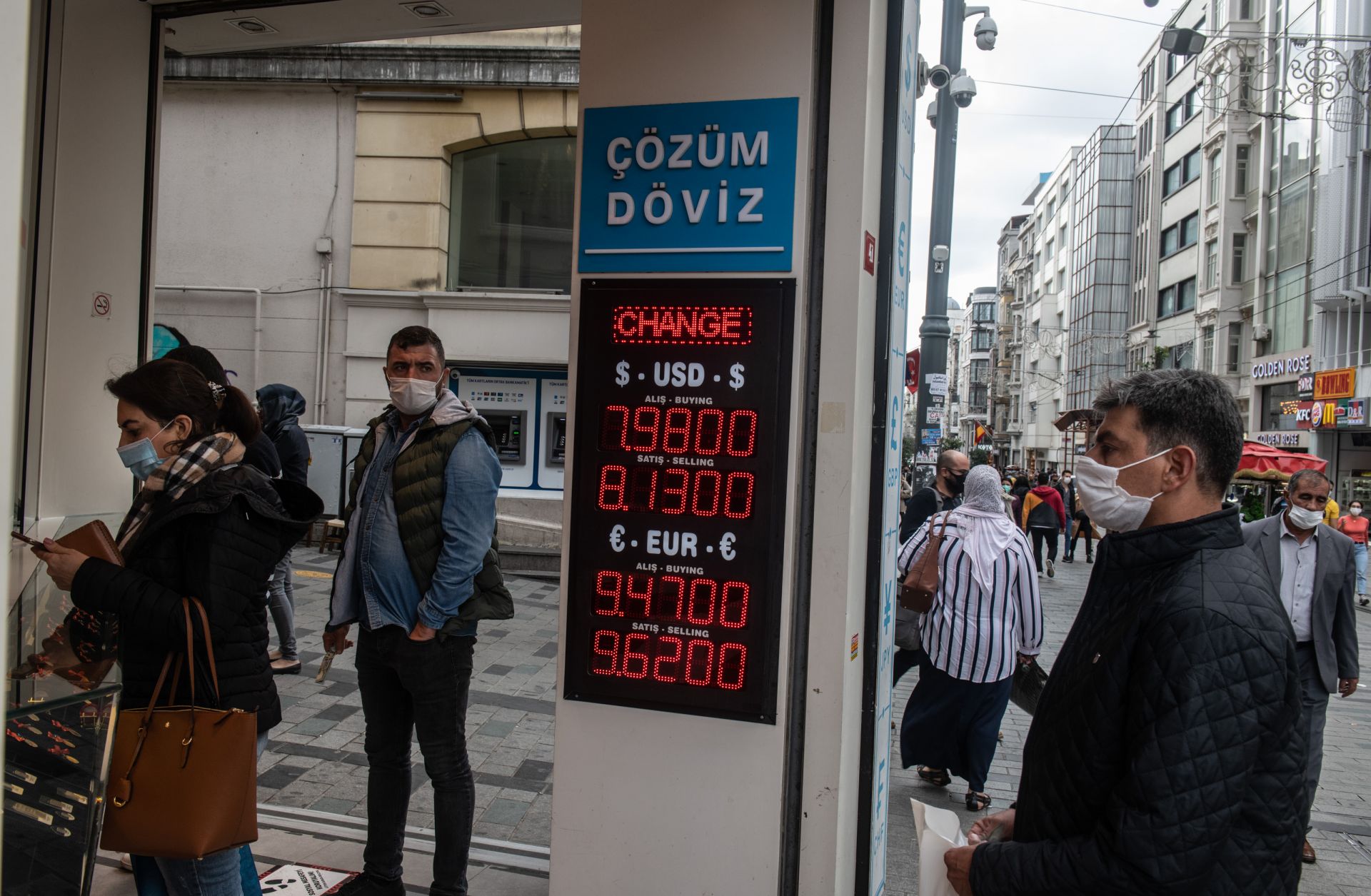 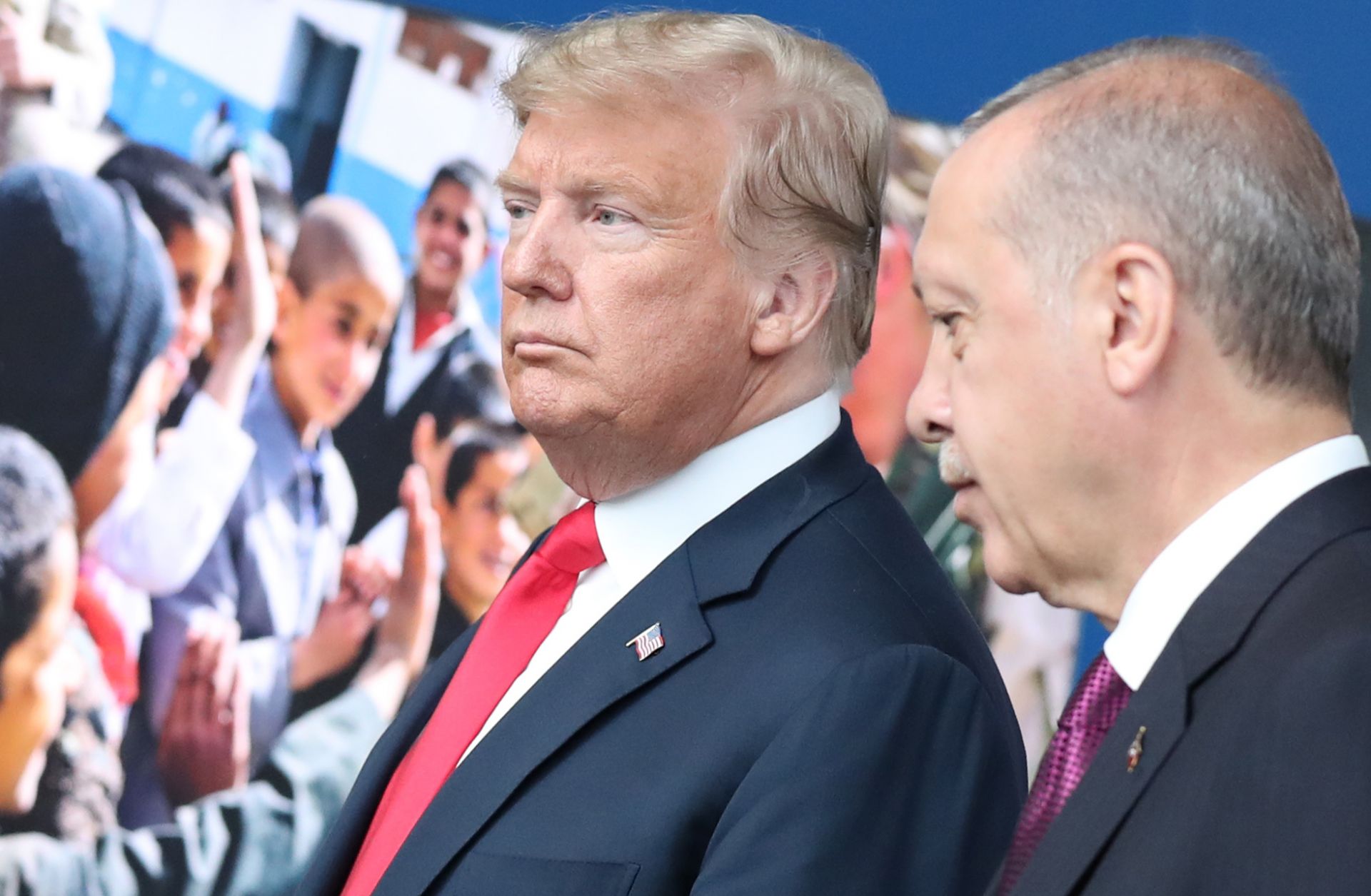 Trump’s Exit Will Increase Turkey's Exposure to Sanctions
The next four years under U.S. President-elect Joe Biden will test how much further Turkey can strain its ties with NATO and pursue military operations at odds with U.S. interests without triggering sanctions. Turkey and the United States find mutual value in their economic and security ties. But Ankara’s determination to weaken its dependence on Western governments like Washington, while deepening its political, economic and security ties with Russia and China, often clashes with U.S. imperatives and goals. Despite this, the administration of U.S. President Donald Trump has largely shielded Ankara from sanctions proposed in Congress -- though that may shift once Biden takes office in January. The enactment of deep sanctions under Biden, however, would only compel Turkey to continue diversifying its ties away from the West by exacerbating its existing frustrations with the United States.
READ MORE
United States
Turkey
The Syrian Civil War
Military
Politics
Turkey's Resurgence
The U.S. and the Balance of Power
SITUATION REPORTNov 17, 2020 | 20:35 GMT
Turkey: Report Shows Defense Spending on Aid Initiatives Has Already Exceeded 2020 Budget
Turkey’s defense ministry has already spent three times the amount of its planned annual budget allotted for programs designed to shore up security and diplomatic support to allied countries in the first six months of 2020, according to a Nov. 17 report released by Cumhuriyet.
READ MORE
Turkey
Security
Military
Politics
Turkey's Resurgence
SnapshotsNov 17, 2020 | 17:38 GMT 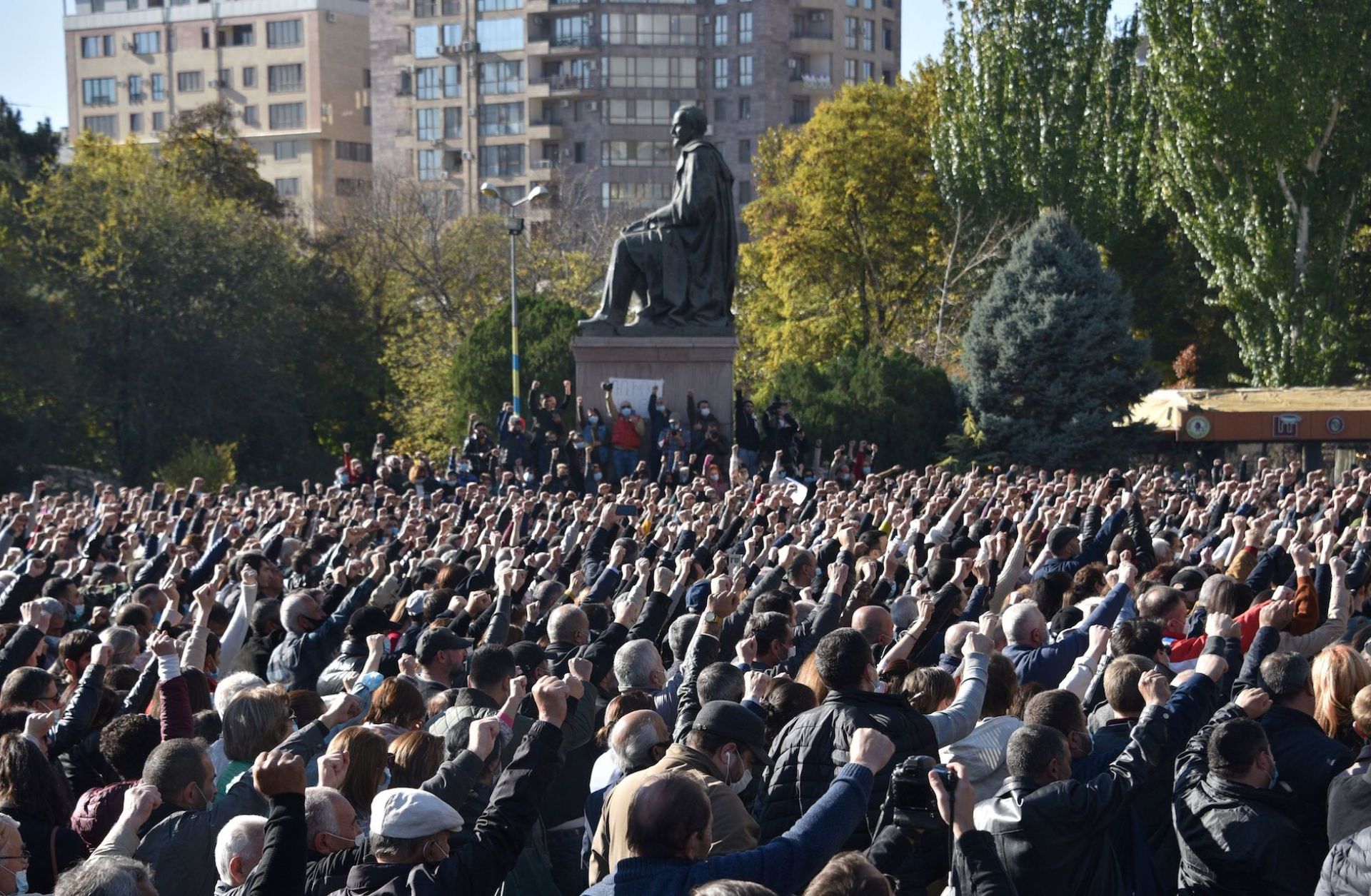 A Cease-Fire Will Only Freeze Azerbaijan and Armenia’s Fight
Armenia’s political crisis is intensifying amid growing calls for the government’s resignation over a controversial cease-fire agreement with Azerbaijan in Nagorno-Karabakh. The volatile situation in both Armenia and the disputed region makes episodes of ethnically-motivated violence and future violations of the cease-fire possible. On Nov. 9, Armenia and Azerbaijan reached a Russia-brokered deal that put an end to six weeks of fighting. The cease-fire involves Armenia giving up on some areas of the Nagorno-Karabakh region and three regions surrounding it. As a part of the deal, roughly 2,000 Russian peacekeeping troops will also be present in the region for a five-year period. The cease-fire has been received as a victory in Azerbaijan and as a capitulation in Armenia, as the former won many of the territories it has long sought in negotiations with the latter over the decades-old dispute. Armenian Prime Minister Nikol Pashinian has nonetheless defended the deal, arguing that
READ MORE
Armenia
Azerbaijan
Russia
Turkey
Security
Military
Politics
The Nagorno-Karabakh Conflict
The Fight for Russia’s Borderlands
GuidanceNov 14, 2020 | 11:00 GMT 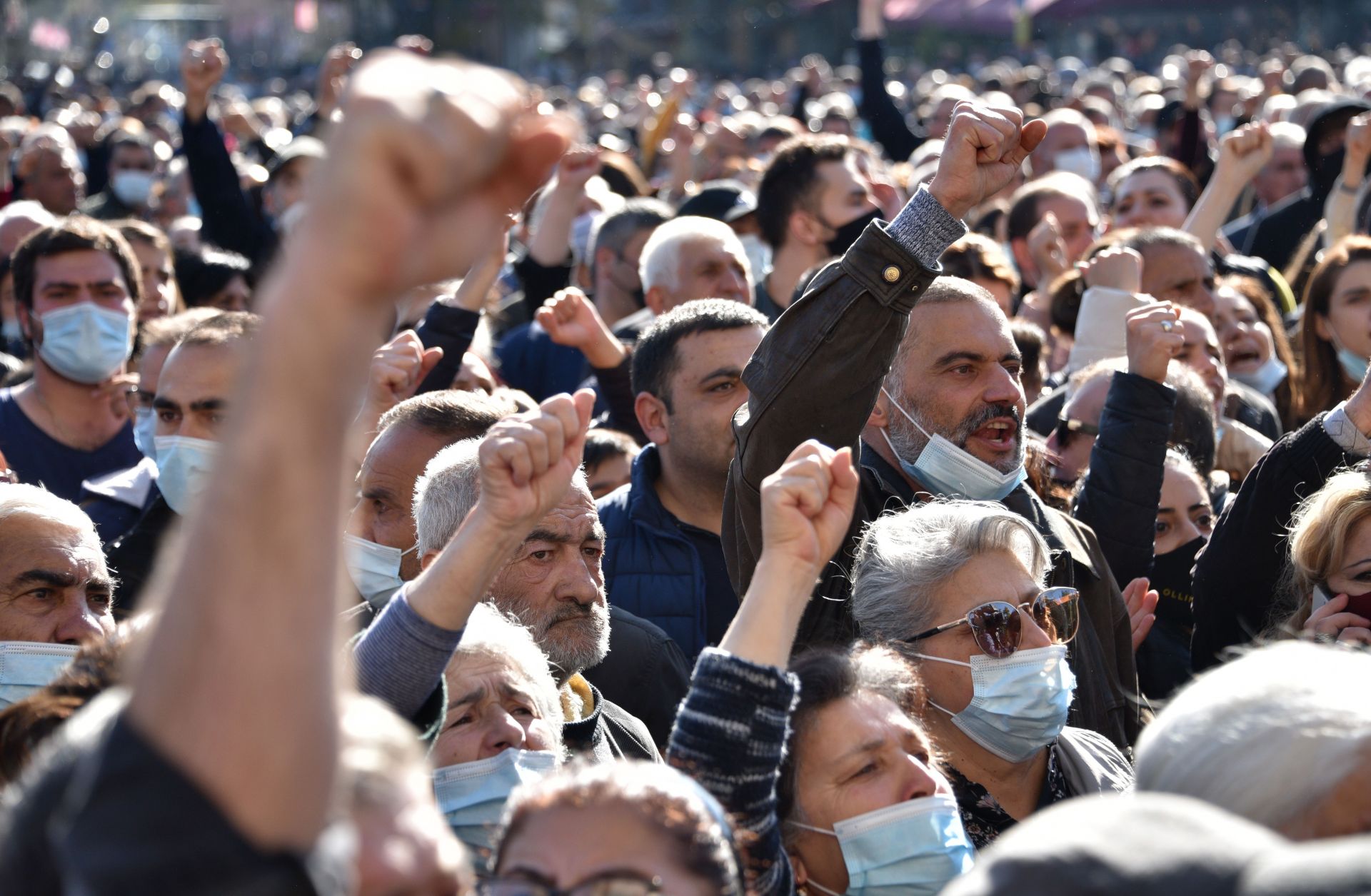 The Weekly Rundown: A Central Bank Meeting in Turkey, Unrest in Armenia
A look at what the coming week will bring -- and a list of recommended Stratfor articles from the week that was.
READ MORE
South Africa
United States
China
Armenia
Azerbaijan
Turkey
PodcastsNov 12, 2020 | 10:45 GMT 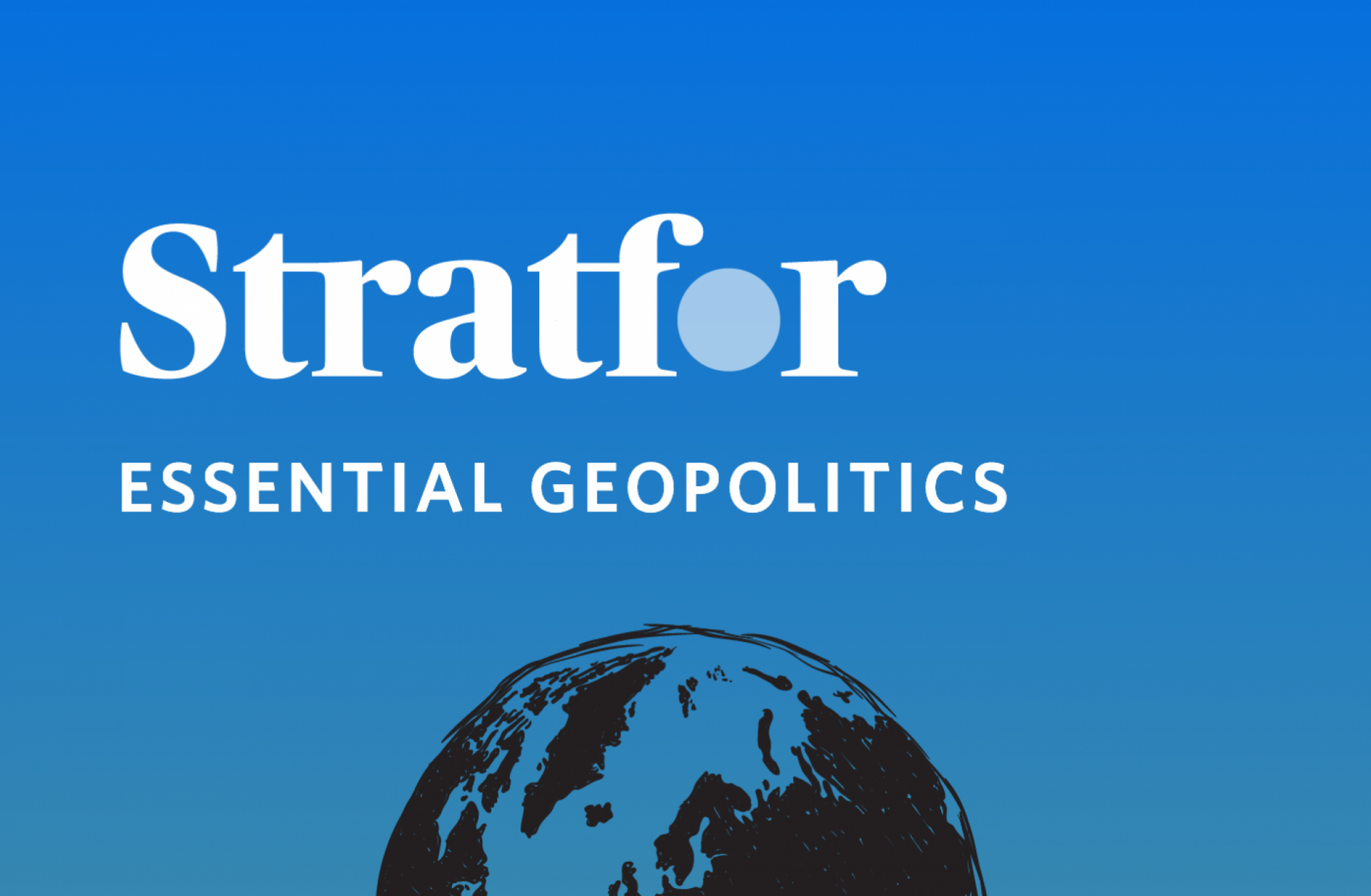 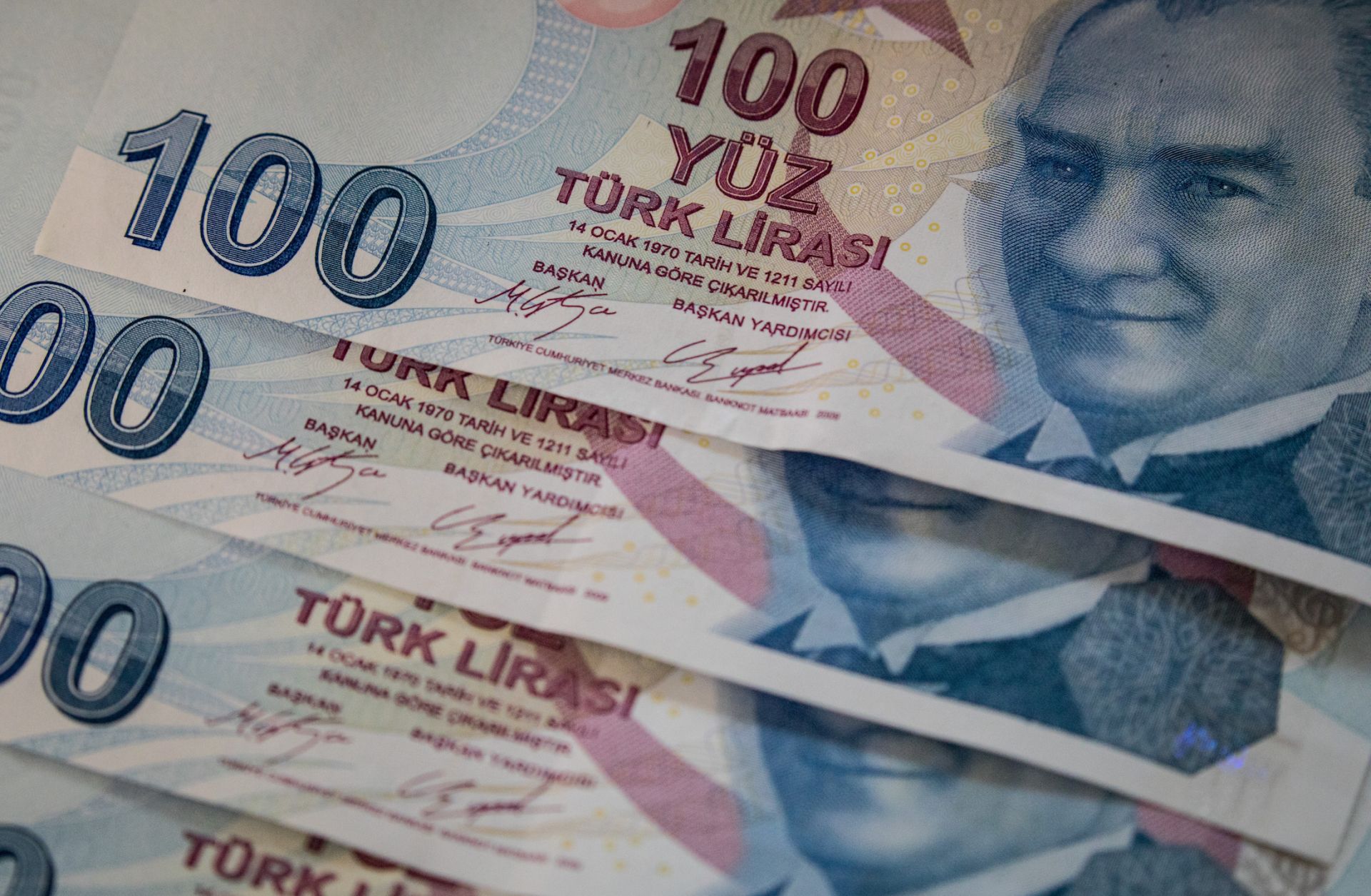 Could a Personnel Shakeup in Turkey Help Stabilize Its Economy?
The emerging personnel shakeup among Turkey’s financial and economic leadership indicates growing political pressure on and within the ruling Justice and Development Party (AKP) to fix the country's flagging economy, and could initiate a shift in Turkey’s monetary policy that would be welcomed by markets and investors. Turkish President Recep Tayyip Erdogan fired the central bank governor Murat Uysal on Nov. 7 and replaced him with former finance minister Naci Agbal. Then on Nov. 8, finance minister and Erdogan’s son-in-law Berat Albayrak resigned via Instagram, which Erdogan accepted on Nov. 9. Turkey’s currency rallied when markets opened on Nov. 9 to 8.1358 lira per $1, but the degree to which the lira will continue to rally and the economy recover will depend on the decisions Ankara’s economic team makes from here, and whether they make a real shift from the last two years of unorthodox intervention and easing.
READ MORE
Turkey
Economics
Politics
Turkey's Resurgence
SnapshotsNov 9, 2020 | 20:20 GMT 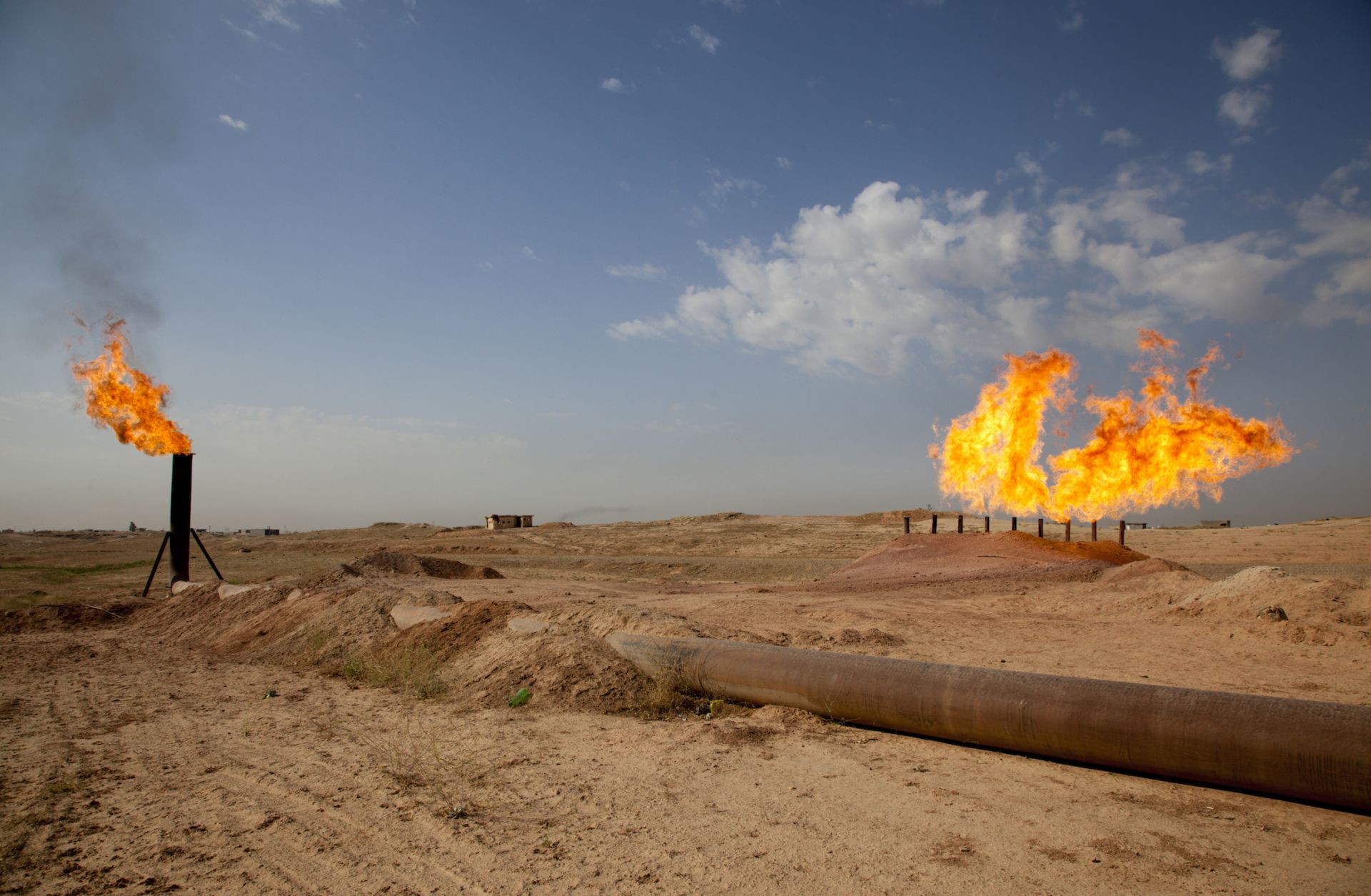 Attacks Could Leave Iraq's PKK With More Enemies and Less Ground
Intra-Kurdish clashes in northern Iraq could lead to additional attacks against nearby oil infrastructure, as the Kurdistan Workers' Party (PKK) retaliates against attempts by Iraqi and Turkish forces to reduce the group’s presence and activity in the resource-rich region. On Nov. 4, PKK militants attacked a convoy of Kurdish peshmerga forces in the Chamanke area of Iraq's Dohuk province, resulting in one death and two other injuries. There were also two reported PKK attacks on the Kurdistan Regional Government (KRG)'s oil and gas police in Dohuk, wounding policemen protecting petroleum facilities.
READ MORE
Iraq
Turkey
Security
Energy
Military
Turkey's Resurgence
Rebalancing Power in the Middle East
GuidanceNov 4, 2020 | 21:33 GMT 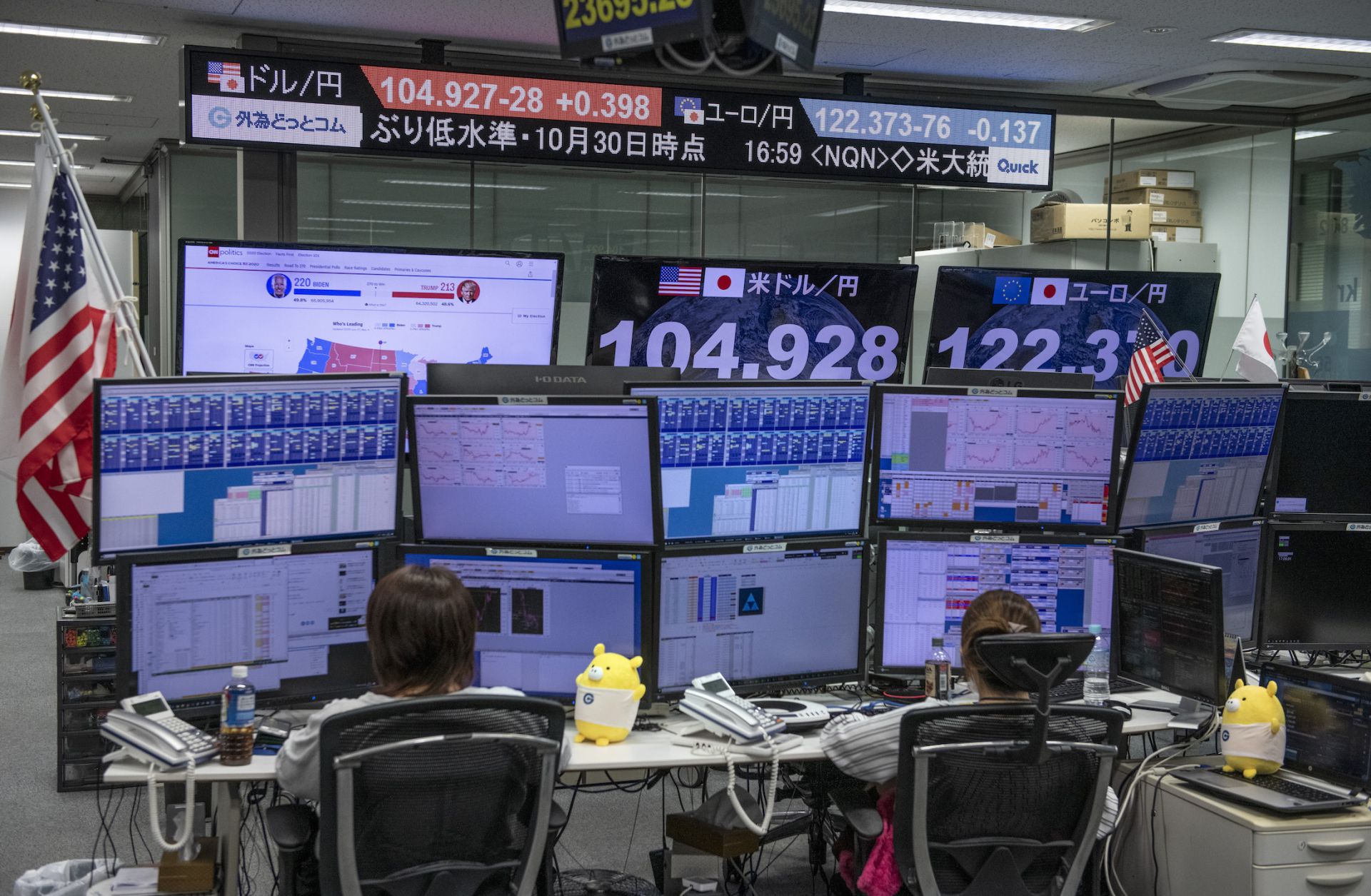 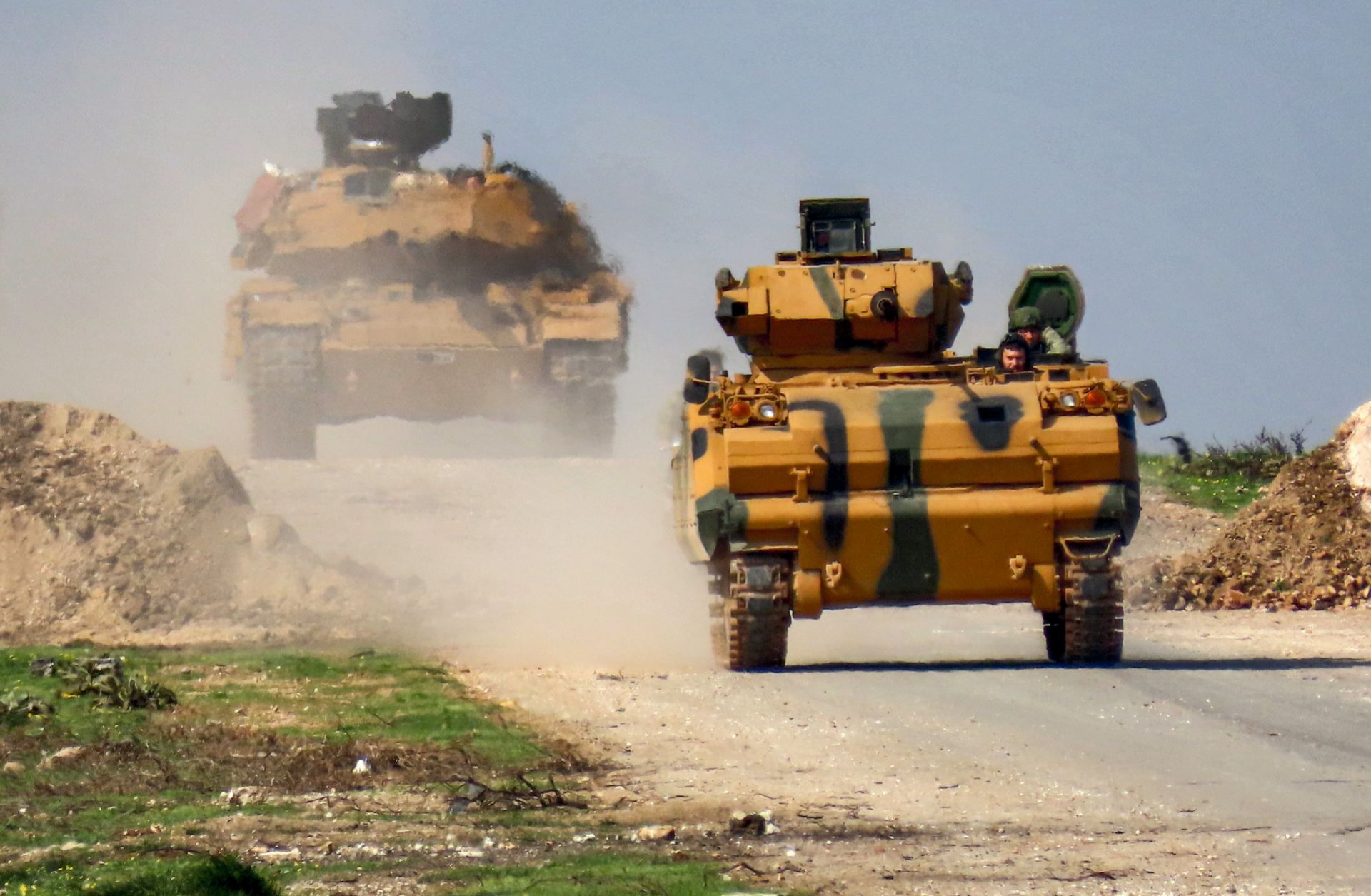 An Idlib Attack Highlights Turkey’s Eroding Position in Syria
Turkey is signaling its willingness to use proxies to secure its interests in Syria’s Idlib Province, but the positioning of Russian and Syrian forces will limit the likelihood of deeper Turkish military engagement. In an address to legislators on Oct. 28, Turkish President Recep Tayyip Erdogan claimed that a recent attack against Turkish-backed rebel fighters in Idlib was proof that Russia was not interested in peace, as it deliberately undermined the tenuous cease-fire Ankara and Moscow reached in March. Erdogan also reiterated his government’s interventionist policy in Syria designed to clear Kurdish Workers’ Party (PKK) militants from Turkey’s border.
READ MORE
Armenia
Azerbaijan
Russia
Syria
Turkey
The Syrian Civil War
Security
Military
Politics
Turkey's Resurgence
AssessmentsNov 3, 2020 | 19:01 GMT 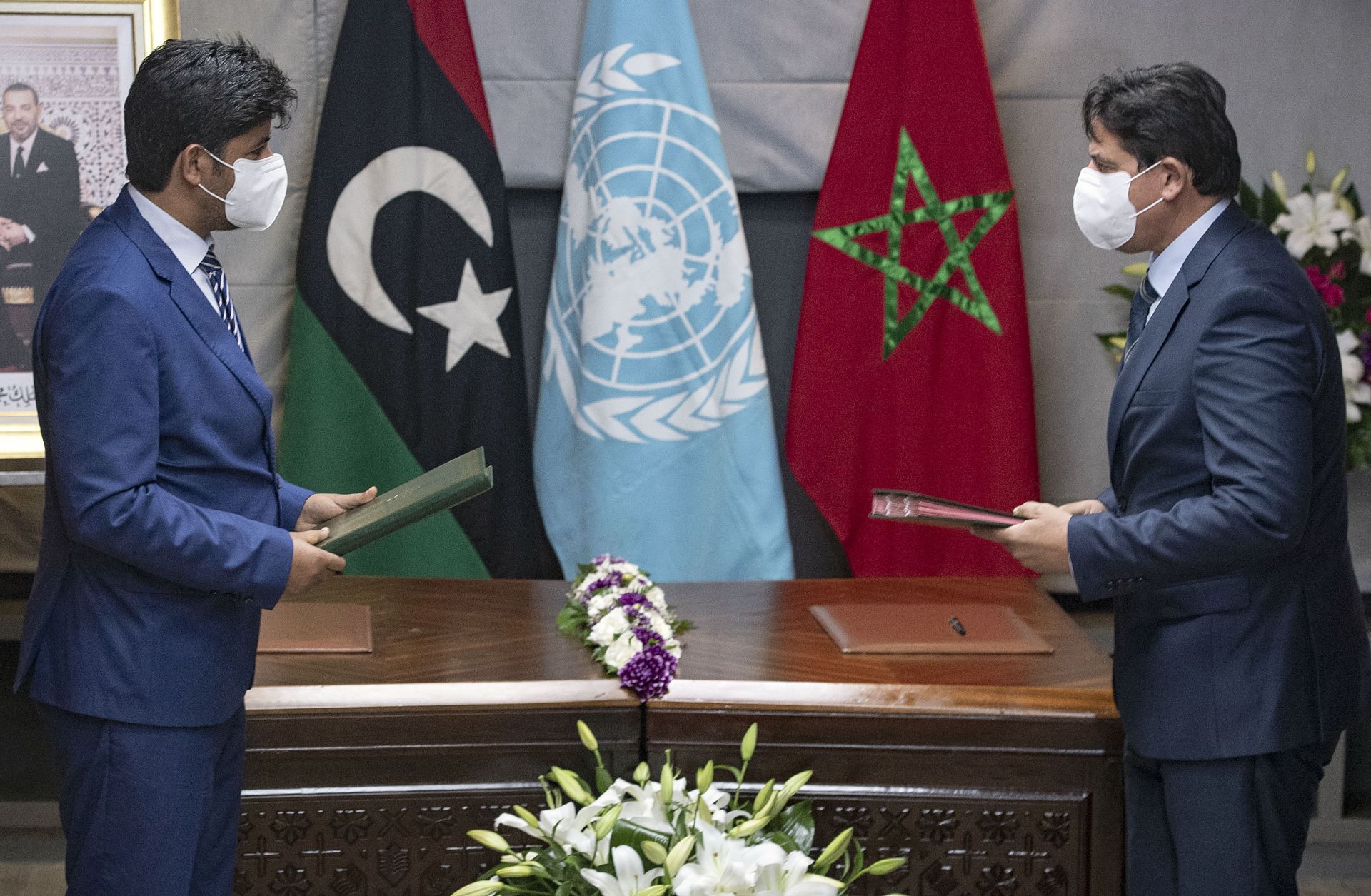 The Promise and Peril of Libya’s New Cease-Fire
The launch of political negotiations under Libya’s new permanent cease-fire will create space to reduce hostilities between the country’s warring factions. But addressing the fractured political, economic and security dynamics of Libya’s ongoing civil war will remain significant obstacles to a comprehensive settlement and lasting peace. The longevity of the Oct. 23 cease-fire will largely depend on the progress and pace of those negotiations. Should they result in an outcome that goes against his political fortunes, Khalifa Hifter and his Libyan National Army (LNA) are likely to return to a coercive strategy in negotiations and may potentially disrupt them altogether.
READ MORE
Libya
The Libyan Civil War
Security
Military
Rebalancing Power in the Middle East
On GeopoliticsOct 29, 2020 | 21:00 GMT 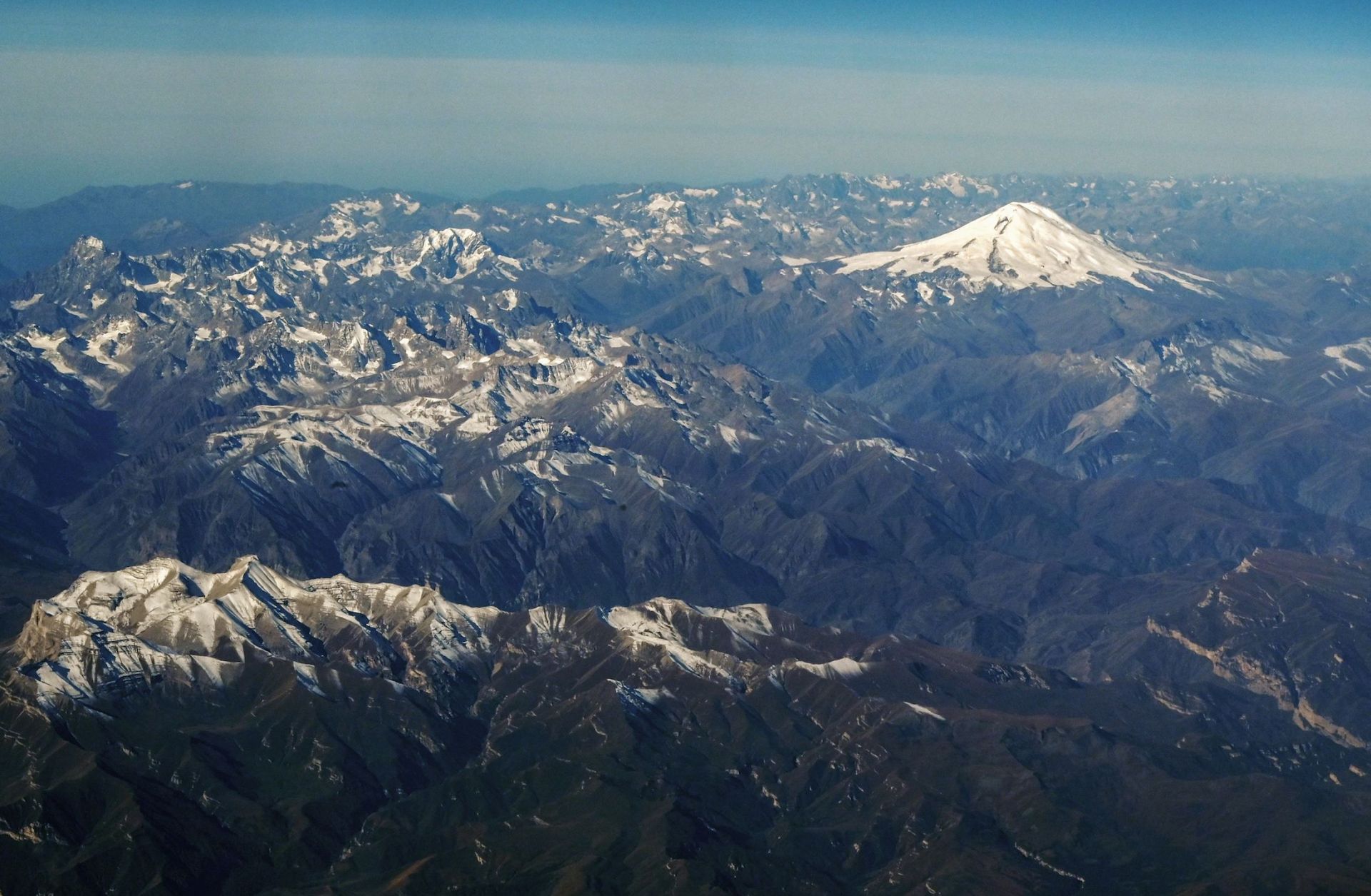 The Southern Caucasus: Where Post-Soviet and Neo-Ottoman Interests Collide
As fighting rages between Armenian and Azerbaijani forces in the disputed region of Nagorno-Karabakh, a much higher level competition for regional influence in the Southern Caucasus is taking place. The conflict in Nagorno-Karabakh, which has its own distinct origins, is just a piece of the broader geopolitical competition between Russia and Turkey as a more ambitious Turkey challenges the status quo in it and Russia's overlapping peripheries. Conflict in Nargorno-Karabakh will eventually subside amid renewed negotiations that will have major implications for Russian and Turkish influence in the broader region.
READ MORE
Armenia
Azerbaijan
Georgia
Russia
Iran
Turkey
Turkey's Resurgence
The Fight for Russia’s Borderlands
SITUATION REPORTOct 29, 2020 | 19:57 GMT
Azerbaijan, Turkey: Countries Demand Quadrilateral Format for Nagorno-Karabakh Negotiations
Azerbaijani President Ilham Aliyev echoed Turkish demands that negotiations on the Nagorno-Karabakh conflict occur in a quadrilateral format -- with Azerbaijan and Turkey on one side of the table, and Armenia and Russia on the other, TASS reported Oct. 29.
READ MORE
Armenia
Azerbaijan
Russia
Turkey
Security
The Fight for Russia’s Borderlands