Remembering America's Allies on Memorial Day
This year on Memorial Day, Stratfor would like to consider the countless individuals from across the globe who have worked and fought alongside the U.S. military, with this reflection originally penned in 2016. Memorial Day in the United States is dedicated to remembering the men and women who served and who died in service to country and mission. Yet these dedicated personnel are not alone; they are assisted by other foreign nations and by the security forces and civilian residents of the country in which the U.S. military is operating. Many brave individuals continue to partner with the United States and its allies. Many have returned to their normal lives in some semblance of peace. Some have left their homeland through choice or coercion, and still more have laid down their lives in pursuit of a better tomorrow.
READ MORE
United States
Iraq
Afghanistan
Security
Military
Politics
SITUATION REPORTMay 11, 2020 | 21:14 GMT
Somalia: Ethiopian Military Admits to Shooting Down Kenyan Plane
The Ethiopian military admitted to shooting down a Kenyan cargo plane in Somalia on May 4 after misidentifying it as a potential suicide attack by al Shabaab militants, the Daily Nation reported May 9.
READ MORE
Ethiopia
Kenya
Somalia
Security
The Jihadist Wars
On SecurityFeb 11, 2020 | 10:00 GMT 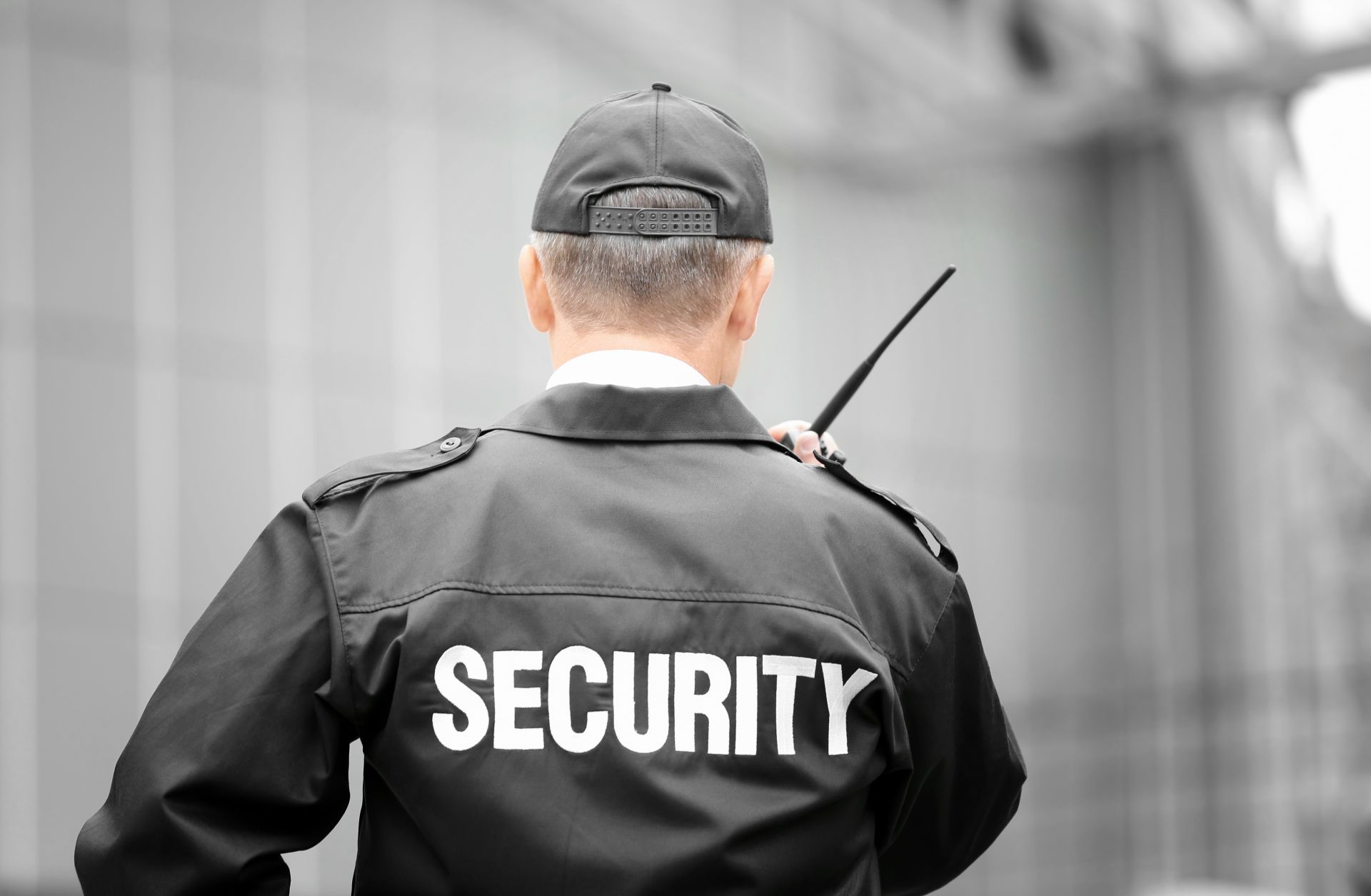 Why Protective Intelligence Is the Crux of Corporate Security
In the U.S. military, "staying left of the boom" refers to disarming malicious actors before they can build, plant and ultimately detonate a bomb. And while defusing physical bombs may not be as much of imminent concern to companies, metaphorical bombs in the form of espionage, terrorism, thefts and workplace violence can still result in severe physical, psychological, financial and reputational damage. Just as soldiers are prepared to attend to the aftermath of a physical attack, corporate personnel must still be well-trained to quickly and efficiently respond to a security incident. But it is always better to avoid or prevent a threat altogether, which is exactly where protective intelligence teams and programs step in by giving life to the proactive security measures needed to help companies and organizations stay out of harm's way.
READ MORE
United States
Security
Cybersecurity
Editorial BoardJan 21, 2020 | 16:40 GMT 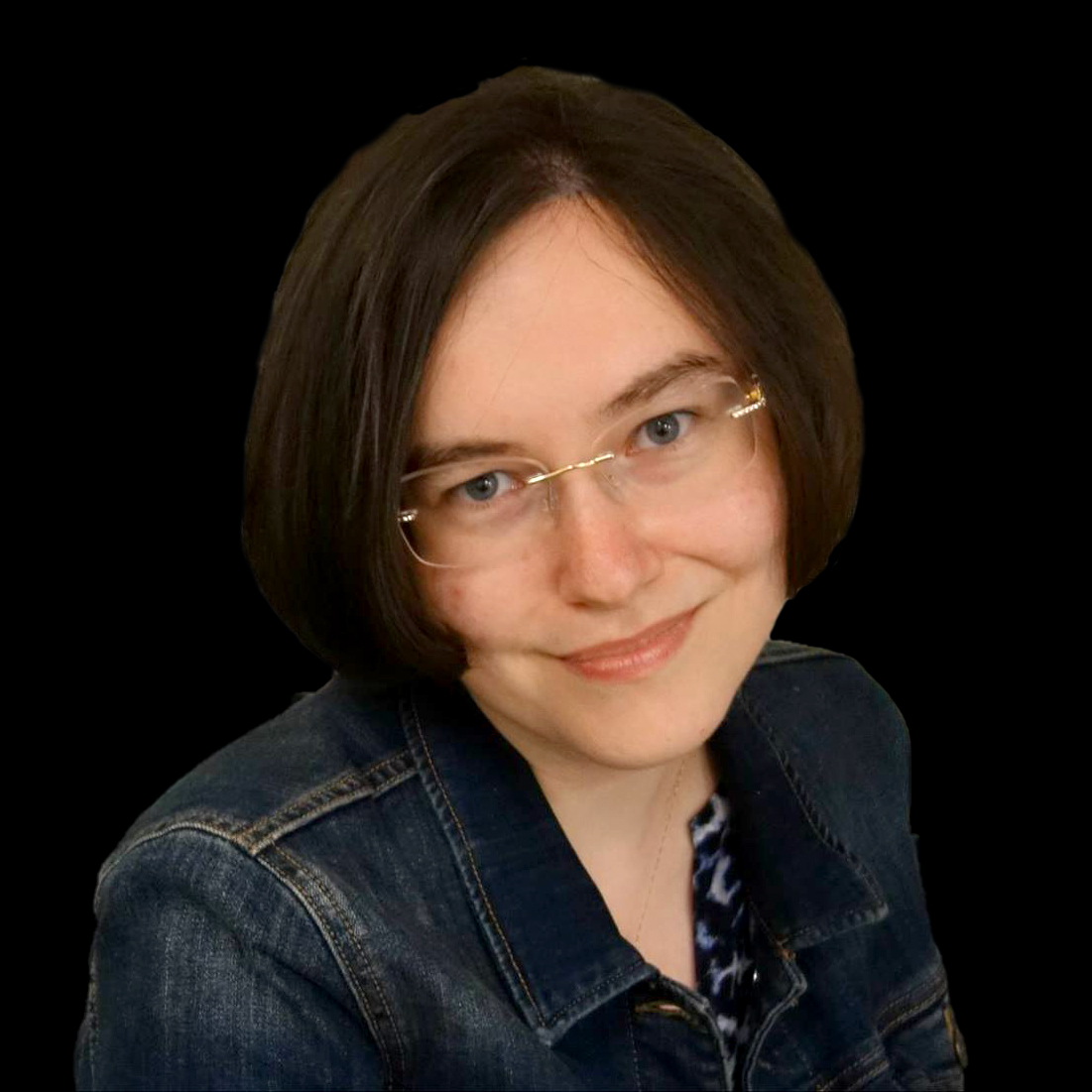 Kseniya Kirillova is an investigative journalist and analyst who focuses on Russian society, mentality, propaganda, soft power, foreign policy and other activities. She is the author of several hundred articles, including research on Russian propaganda and soft power, that have appeared in the British-based Institute for Statecraft, the U.S.-based Homeland Security Today, the Atlantic Council, EU Today, the British-Canadian security project Defense Report, English-language media like the Kyiv Post and Euromaidan Press in Ukraine, the Stop Fake project, Radio Free Europe/Radio Liberty and more. 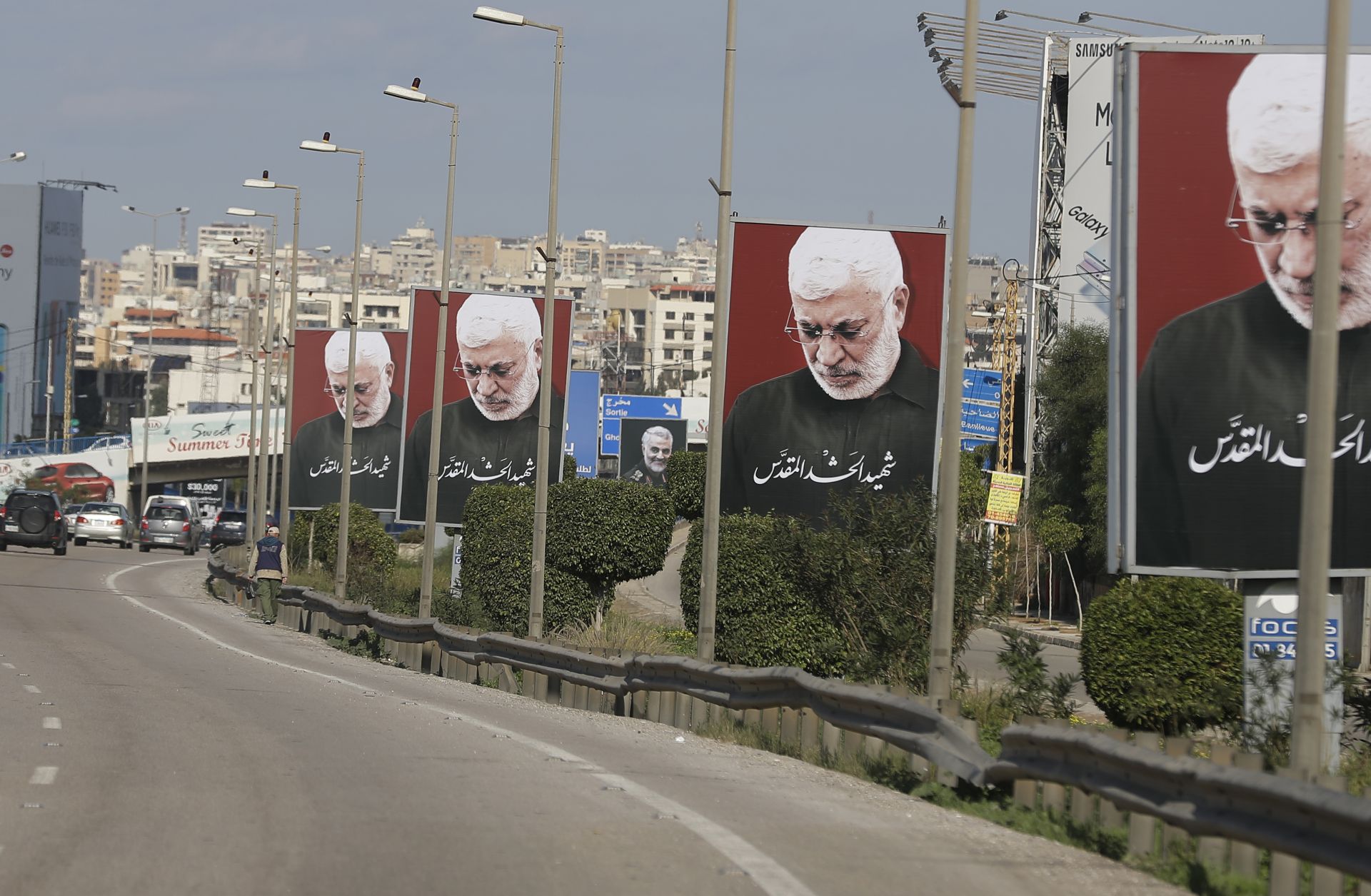 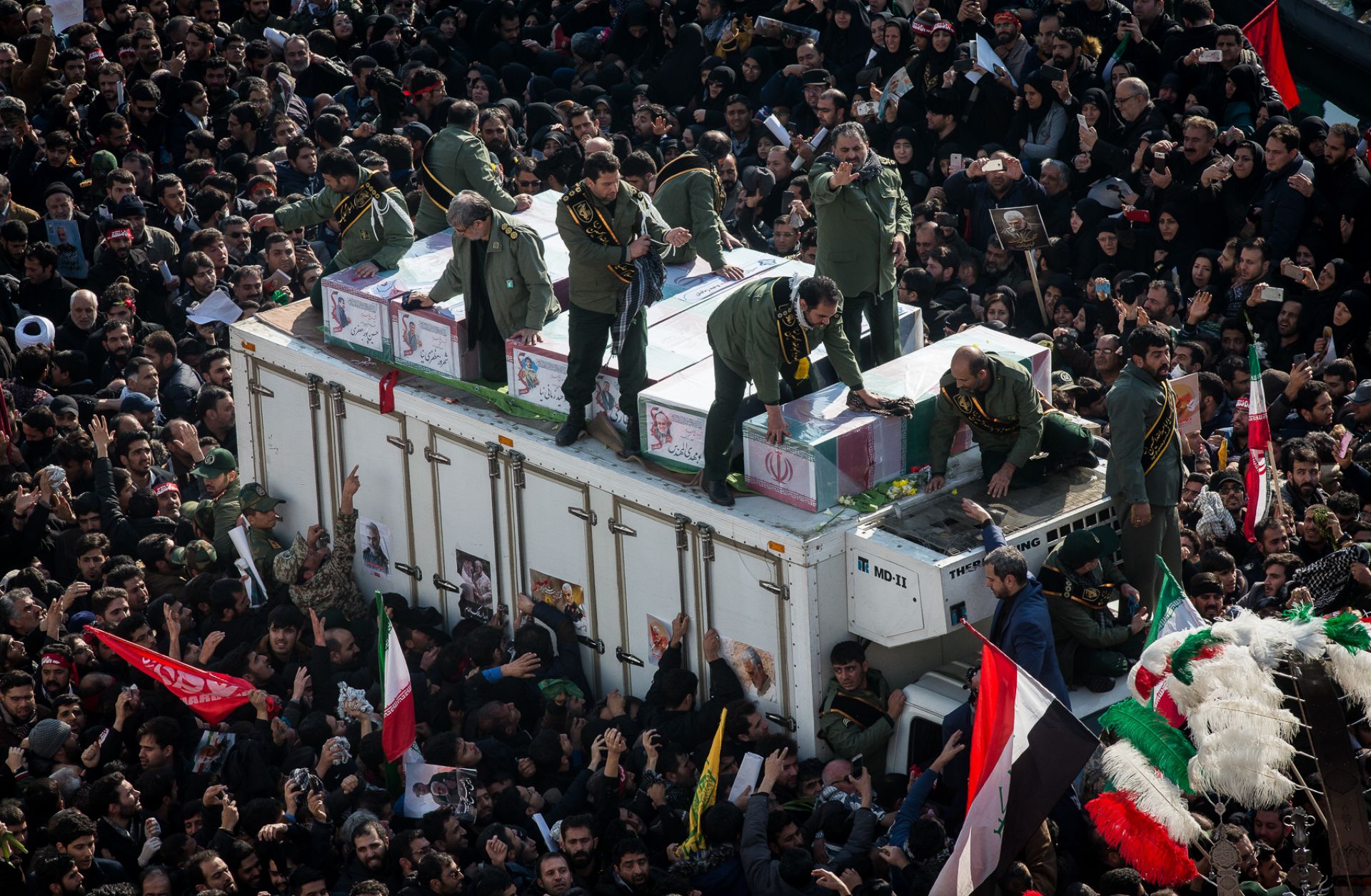 Evaluating the State of Iranian Terrorism Capabilities
Iran's leadership unsurprisingly has issued broad threats of retaliation in response to the Jan. 3 killing of Qassem Soleimani, the head of Iran's Islamic Revolutionary Guard Corps' Quds Force, with Supreme Leader Ayatollah Ali Khamenei threatening to exact "severe revenge." One of the most influential individuals in Iran, Soleimani was seen as the key to Iran's aggressive military initiatives across the Middle East. There is little doubt that Iran will indeed seek revenge. The real question is when, where and how it will attempt to seek it. But while terrorist attacks by Iranian operatives or proxy groups working at the behest of Iran are a valid cause for concern, they are no reason to panic: Their activities can be detected and defended against through solid intelligence work and careful vigilance.
READ MORE
United States
Iran
Iraq
Lebanon
Iran's Arc of Influence
On SecurityDec 31, 2019 | 10:00 GMT 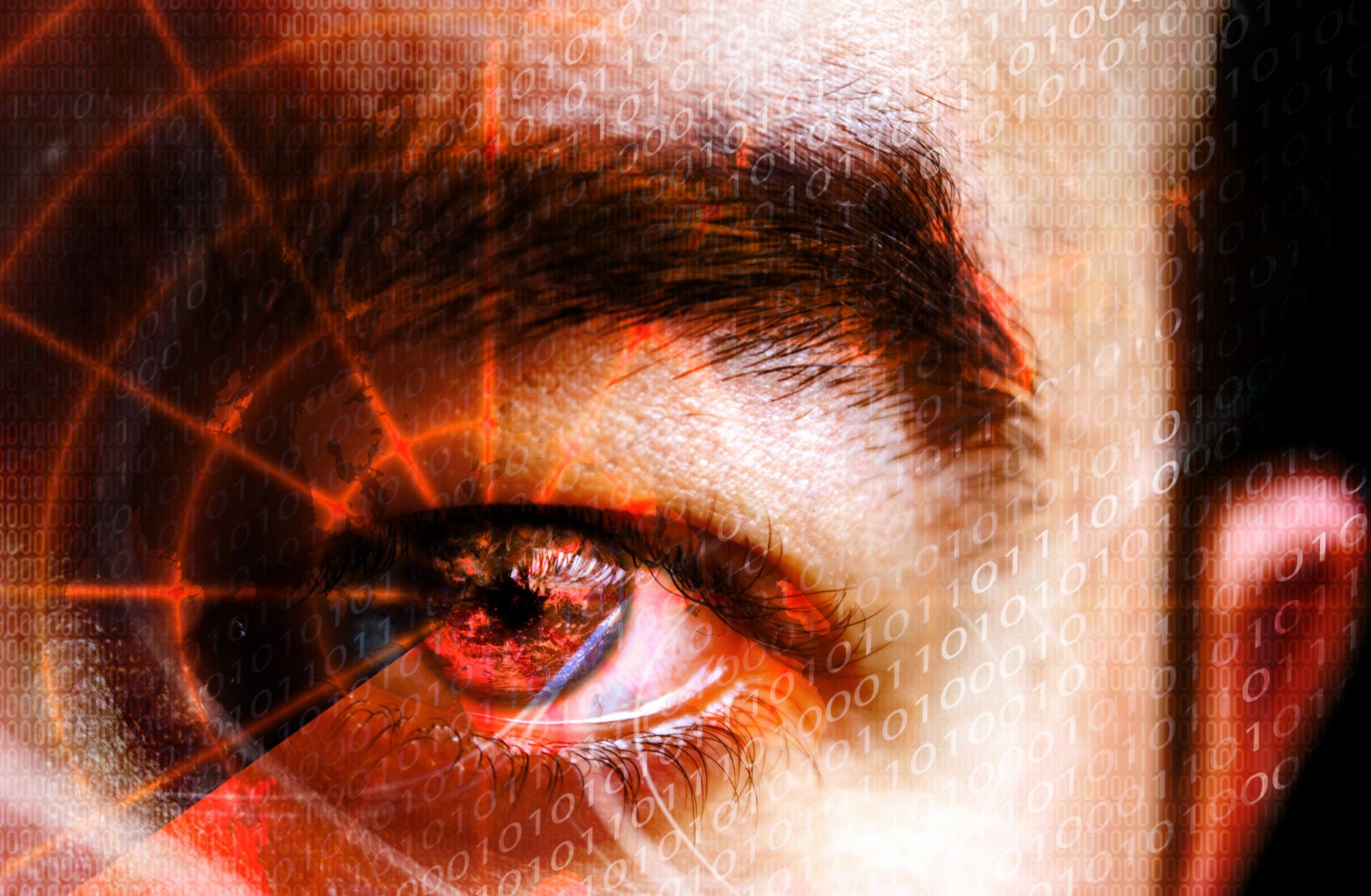 'See Something, Say Something' Still Works. Here's Why.
According to a database compiled by AP, USA Today and Northeastern University, more mass killings occurred in the United States in 2019 than in any year since at least the 1970s. While concerning, this record is unfortunately not surprising given the recent uptick of public attacks in the country. But the number of such attacks in 2019 would have been far higher had it not been for citizens adhering to the "see something, say something" principle. Indeed, in December alone, several mass shootings were apparently thwarted by good Samaritans who alerted authorities to the potential attacks. That's because potential perpetrators, regardless of their varying motives, all have to follow the same steps prior to an attack. And this, combined with the indications of intent attackers often also leak, leaves a trail of breadcrumbs that ordinary citizens can spot and report to authorities before it's too late.
READ MORE
United States
Security
SITUATION REPORTDec 30, 2019 | 18:55 GMT
North Korea: Party Plenum Convenes Ahead of Year-End Deadline for U.S.
North Korea's ruling Workers' Party convened its central committee's plenary session Dec. 28 in meetings expected to continue Dec. 30, NK News reported Dec. 29.
READ MORE
United States
North Korea
Coping With a Nuclear North Korea
On SecurityDec 10, 2019 | 09:00 GMT 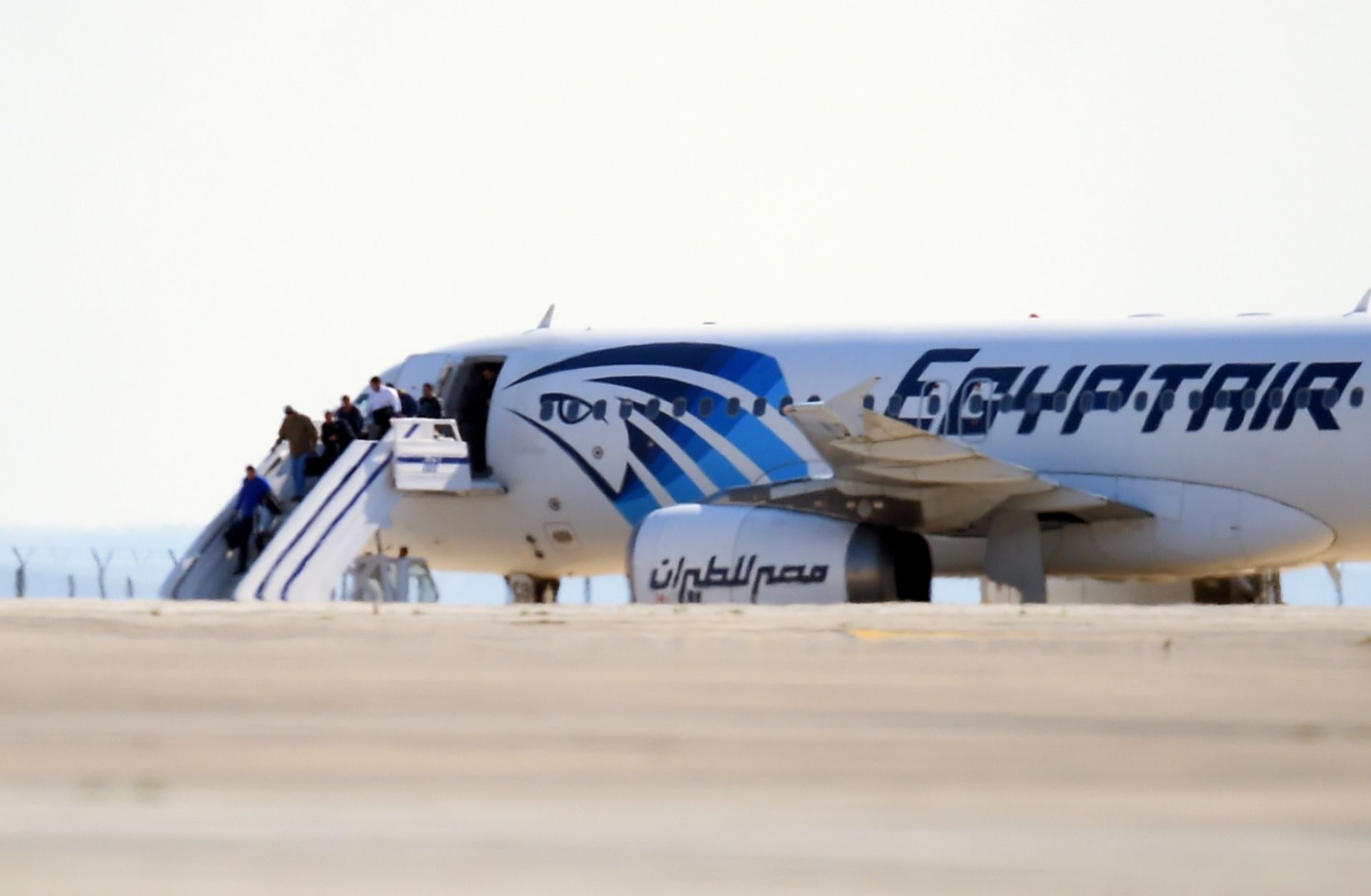 Creating a Resilient Business in a Risky World
There is, unfortunately, no such thing as "total security." Every action we do or don't take throughout each day carries some degree of inherent risk. If I decide to go for a run, I could twist my ankle or be hit by a car. But opting not to go on a run may also increase my chances of developing cardiovascular disease. The same principle applies to businesses and organizations. Local criminals, corrupt politicians or trade wars could jeopardize an overseas investment. But forgoing the opportunity altogether may also mean missing out on a large windfall.  We all too often hear cautionary tales about the businesses burned from flying too close to the sun. Yet no company ever made a name for itself by staying on the ground either. Indeed, to live is to risk. And because of this, you can't and shouldn't try to avoid every threat. It is, however, possible
READ MORE
United States
Security
Security Challenges in Latin America
AssessmentsNov 27, 2019 | 17:51 GMT 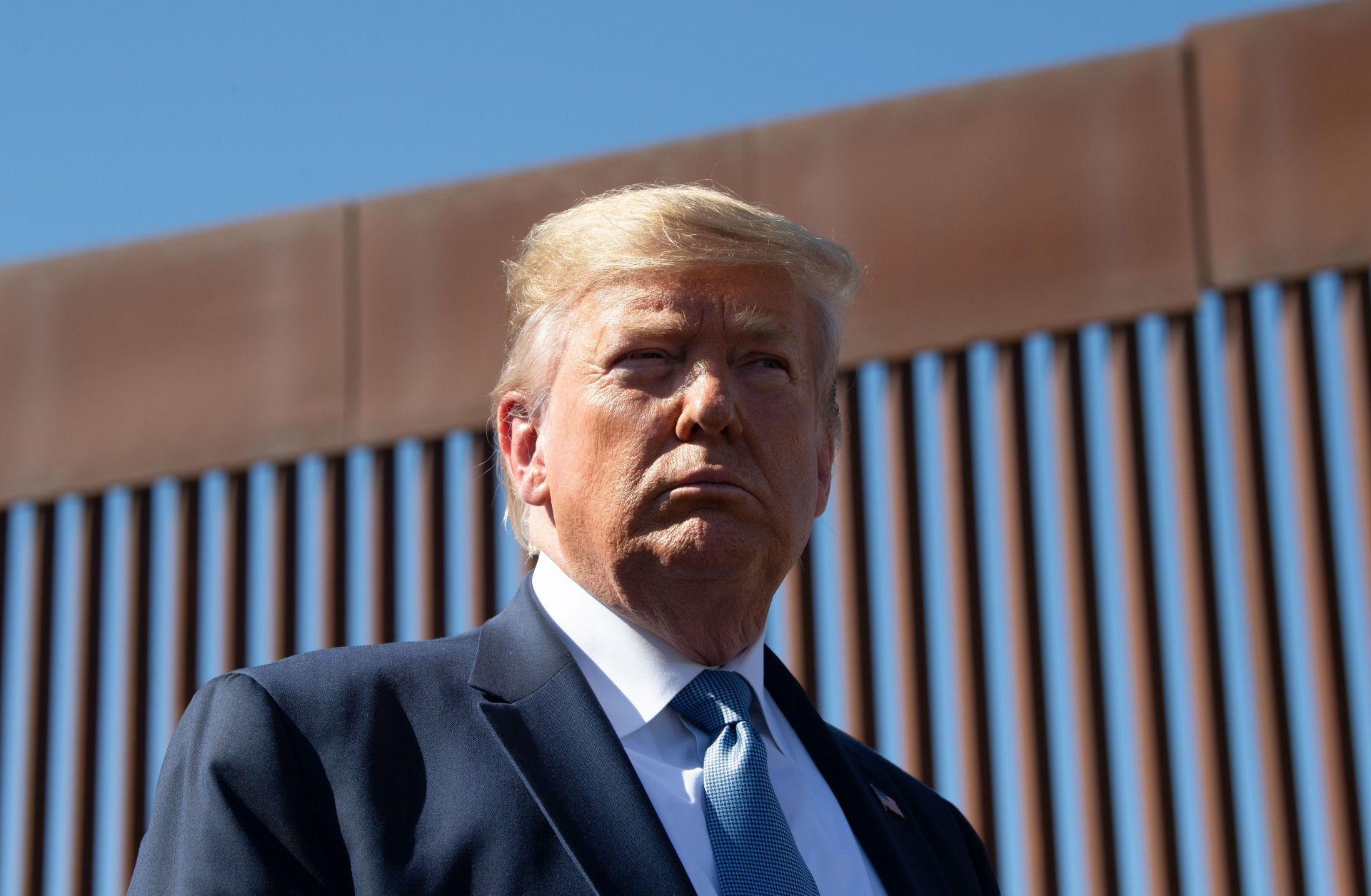 The Practical Limits of Labeling Mexican Cartels as Terrorist Organizations
The harsh reality is that economics dictate that the flow of contraband across the U.S.-Mexico border will never end as long as there is a huge market in the United States.
READ MORE
Mexico
United States
Security
Security Challenges in Latin America
Stratfor Threat Lens
On SecurityNov 5, 2019 | 10:00 GMT 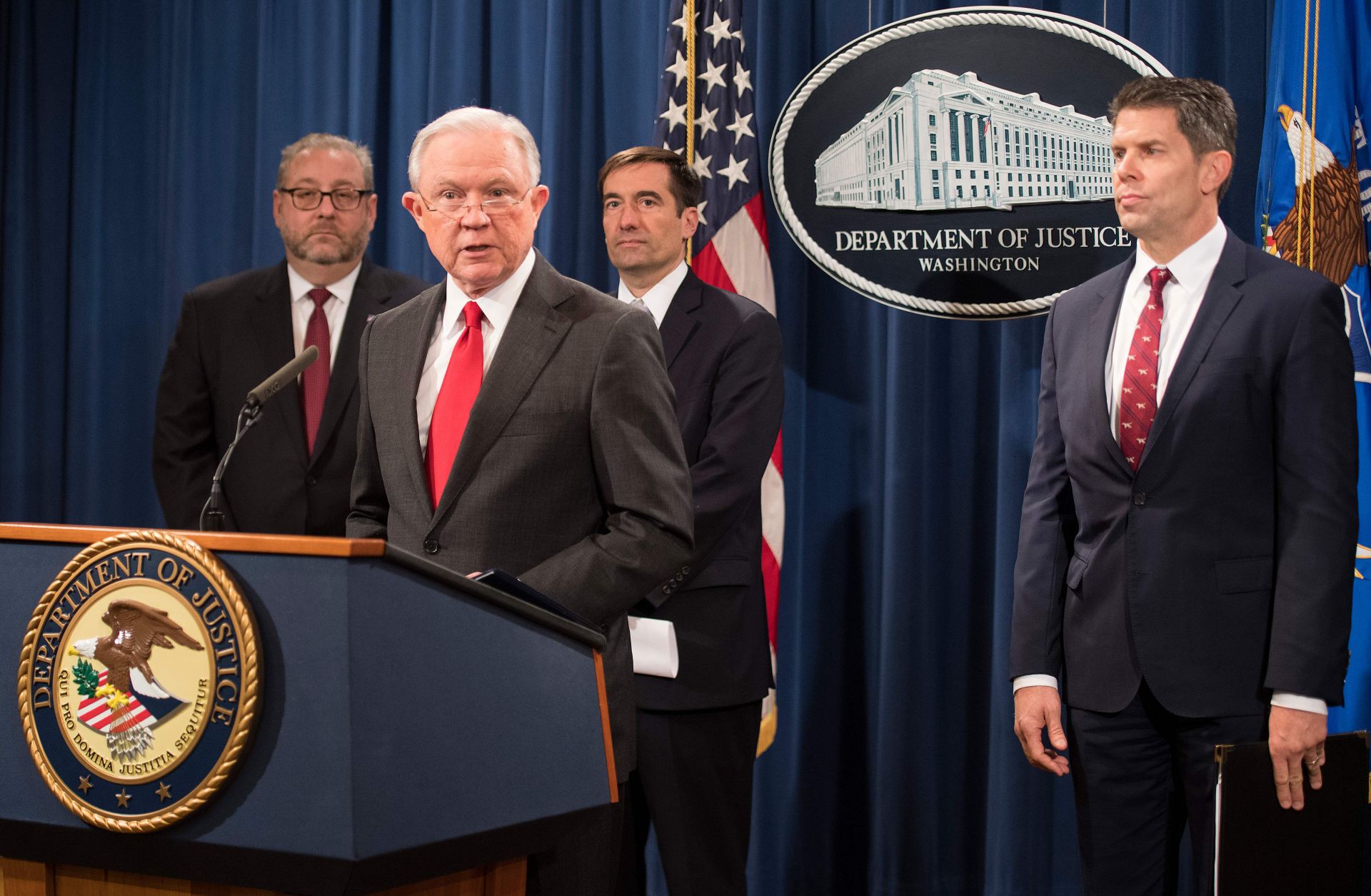 An Era of Unparalleled Espionage Risk Is Upon Us
Today, corporate espionage actors are busier and more successful than ever thanks to an alarming confluence of factors. China's and Russia's escalating great power competition with the United States, for one, is pushing them to more boldly and brazenly obtain Western companies' secrets. But the simultaneous proliferation of espionage tools, mobile devices, digital data and postmodernist thought has also made it so that even a low-level employee can now feasibly have both the means and motive to find and steal massive quantities of information.  All of these threats are formidable in their own right, and thus worthy of attention. But it's equally crucial to understand how they all tie together to fully capture the increasingly dire and incredibly multifaceted espionage risk facing today's businesses and organizations.
READ MORE
United States
China
Russia
Technology
Security
Cybersecurity
China in Transition
On SecurityOct 29, 2019 | 09:00 GMT 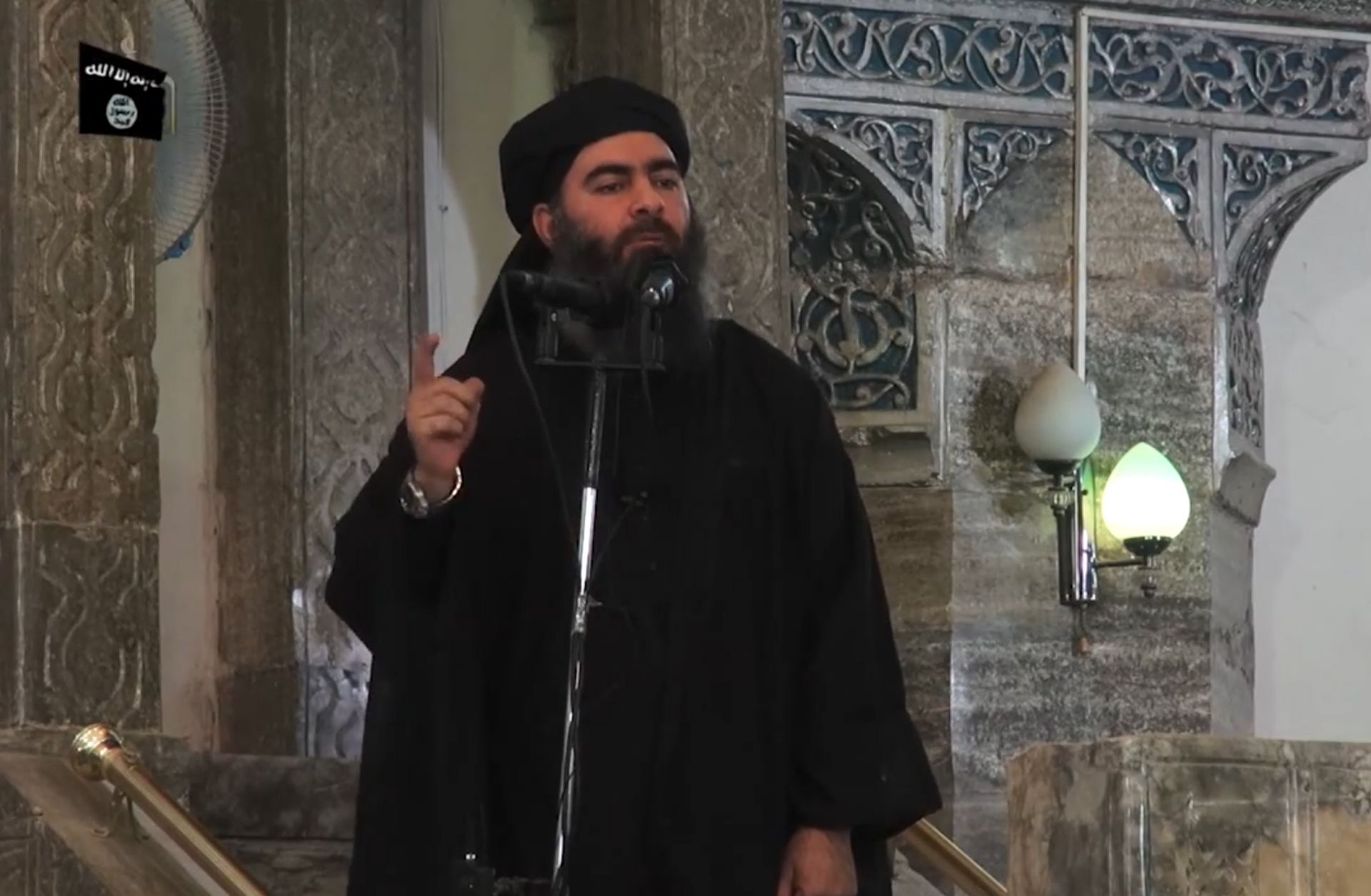 Abu Bakr al-Baghdadi's True Legacy
When al-Baghdadi declared himself caliph following his Islamic State group's stunning battlefield successes in Syria and Iraq, he envisioned a legacy in which all Muslims would fall in line and help him establish sovereignty over all the Earth. Al-Baghdadi saw himself as the one to "Make Islam great again" (to borrow a phrase) and expected to achieve the same success that the Prophet Mohammed's followers enjoyed when they greatly expanded the original caliphate in the late seventh century A.D. But as we now look back at the life -- and death -- of al-Baghdadi, it becomes clear that he was a failure. Not only did he fail to unify all Muslims and lead them on a global conquest, his only lasting legacies might be his group's deep split with others in the jihadist movement, depraved violence (against believer and nonbeliever alike), and rape on an epic scale.
READ MORE
Iraq
Syria
The Syrian Civil War
The Fight Against the Islamic State
The Jihadist Wars
Contributor PerspectivesOct 22, 2019 | 10:00 GMT 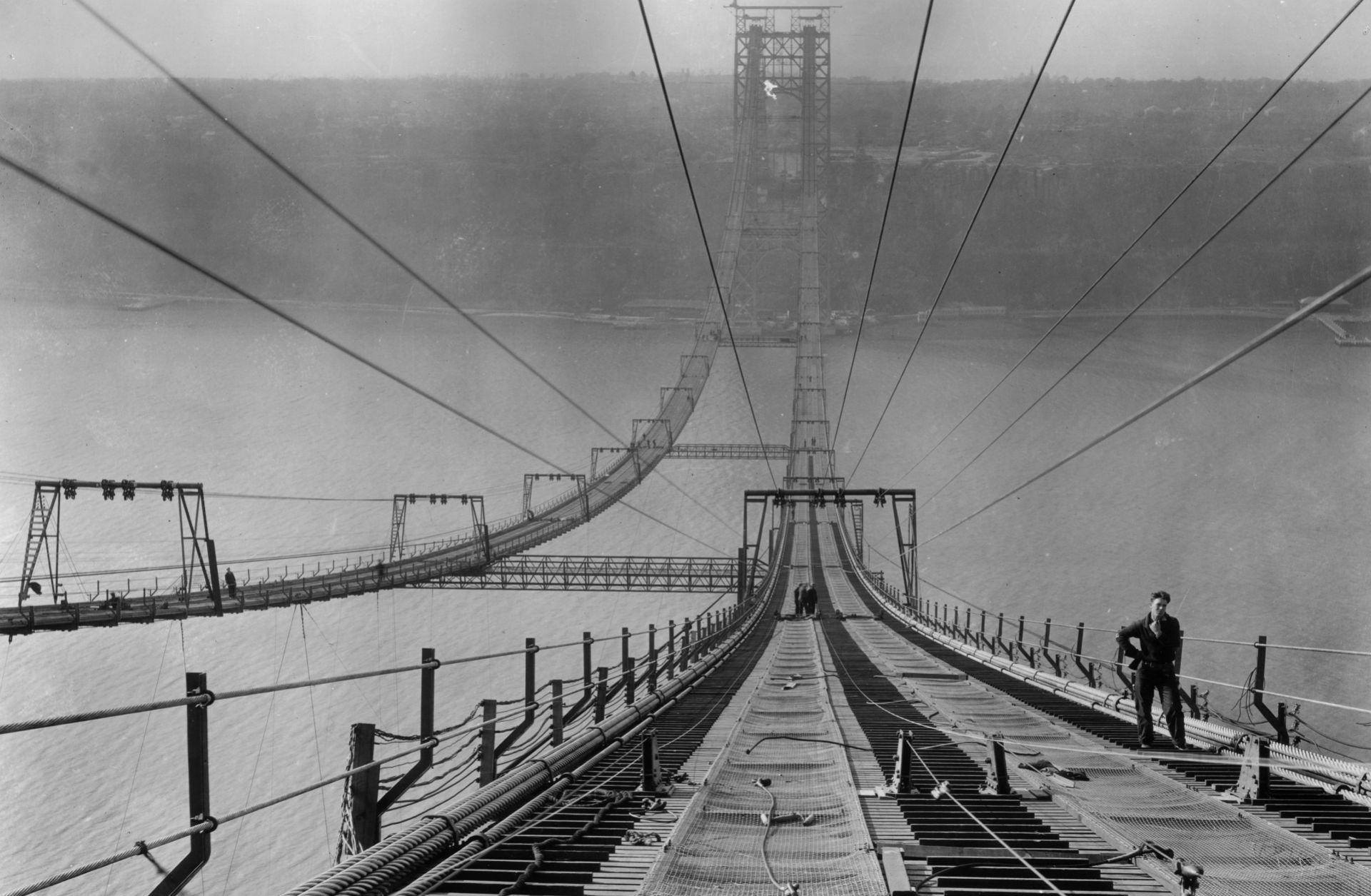 Great Powers Invest in Infrastructure. The West Was the Prime Example.
For the past 250 years, Western Europe and North America have led the way not just in inventing new technologies of transport and communication, but also -- and equally importantly -- in building the infrastructure without which these technologies would be useless. The West has sunk astonishing amounts of energy and capital into updating and replacing its infrastructure, over and over again, as new technologies have emerged. Having the best infrastructure has been a key to global dominance since the 18th century, but in the early 21st, there are alarming signs the West is losing its strategic lead. Everywhere, infrastructure is creaking and crumbling. Every part of the system seems to be getting old at the same time. How the West deals with this challenge -- or, perhaps, opportunity -- will do much to shape the geoeconomics and geopolitics of the 21st century.
READ MORE
Canada
United States
China
Europe
BusinessOct 17, 2019 | 14:22 GMT 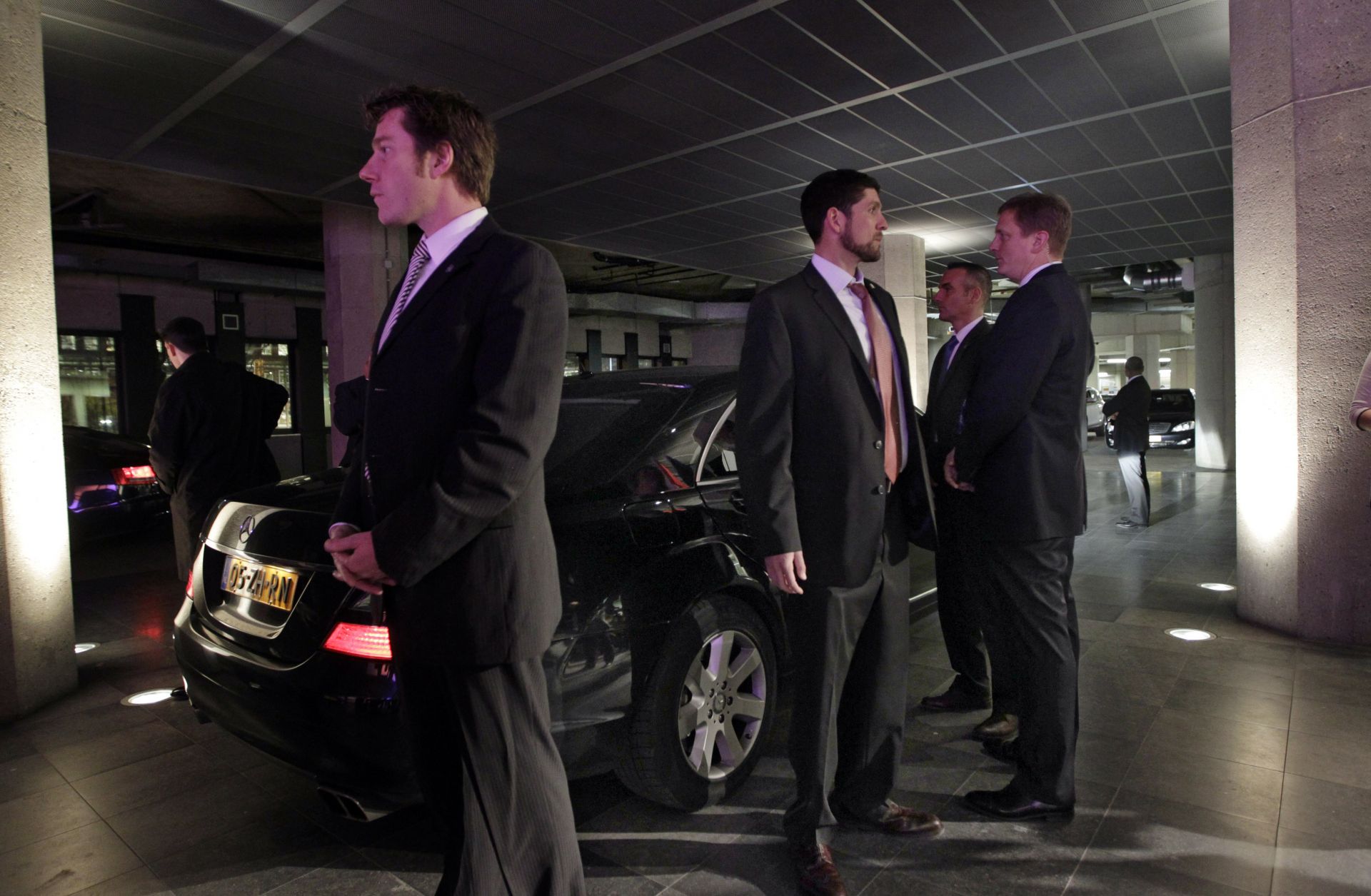 Are You Prepared for a Vehicle-Borne Cyberattack?
In this blog post, Dale Wooden discusses how modern vehicles are vulnerable to cyberattacks and why it's important to train teams to recognize and mitigate those threats.
READ MORE
United States
Security
Cybersecurity
Contributor PerspectivesOct 17, 2019 | 09:30 GMT 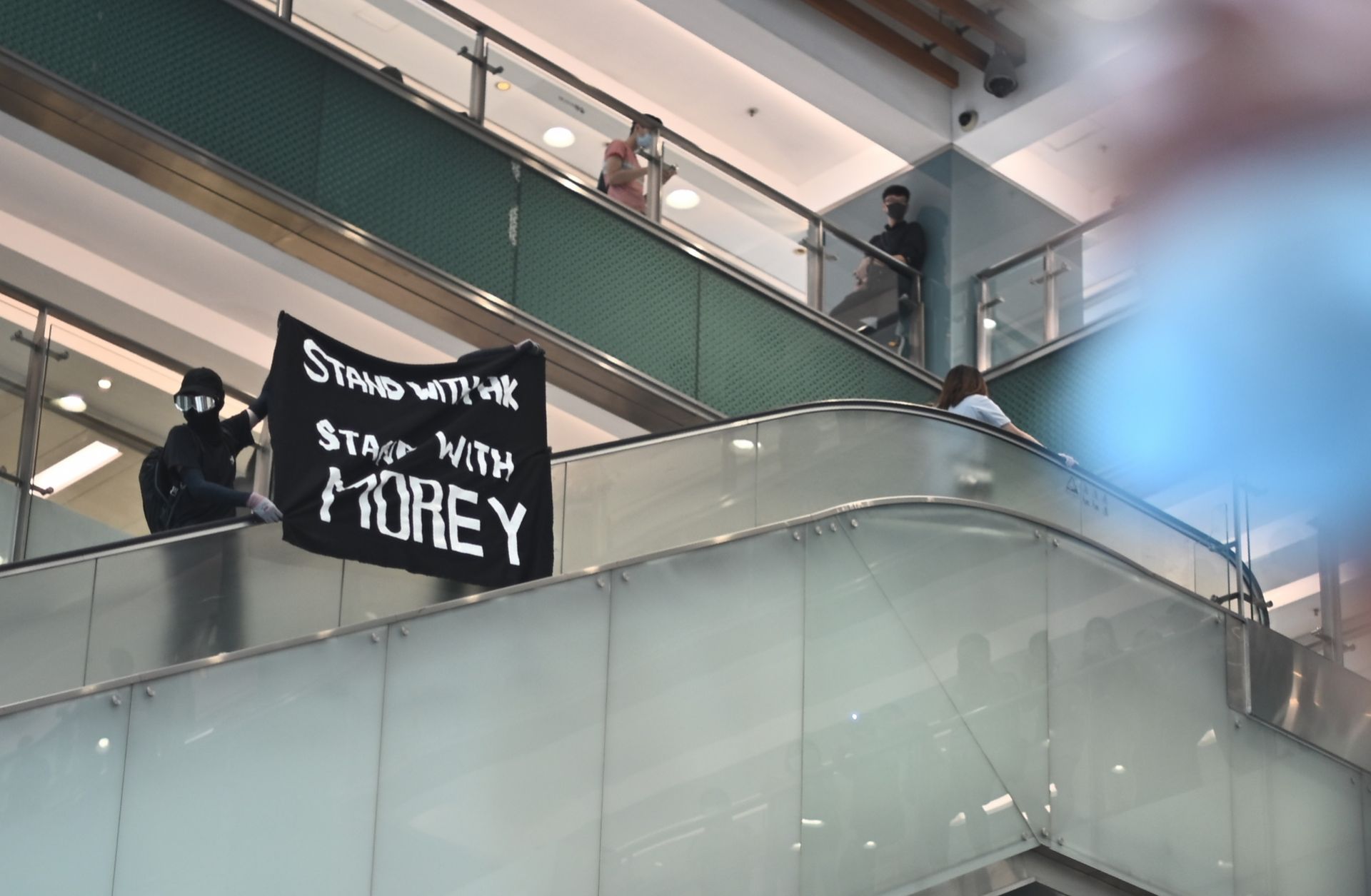 China Calls a Foul, and the NBA Jumps
A groundbreaking game four decades ago in Beijing gave the NBA a toehold in basketball-crazy China. Over the intervening years, the league has tapped a gold mine in the country worth billions of dollars in TV rights and endorsements. The importance to the NBA of maintaining its Chinese operations became evident in the careful steps it's had to take to escape the political minefield that it found itself thrown into by an executive's tweet over Hong Kong.
READ MORE
Hong Kong SAR, China
China
The Geopolitics of Sport
AssessmentsOct 15, 2019 | 09:30 GMT 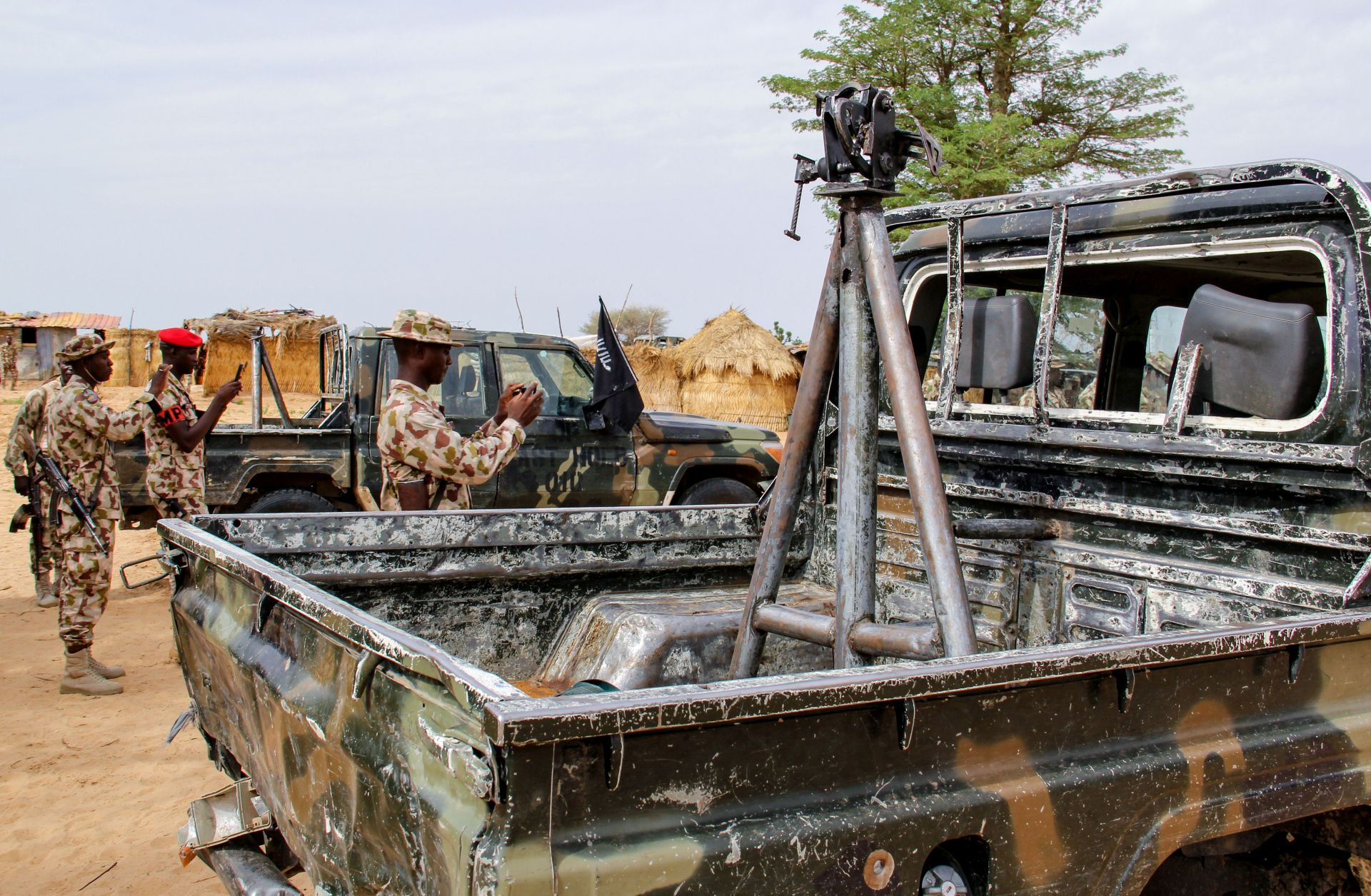 In Nigeria, the Islamic State West African Province Gains Steam
The army, faced with deteriorating morale, is pulling back to 'supercamps' and leaving civilians and aid organizations vulnerable.
READ MORE
Cameroon
Chad
Niger
Nigeria
The Fight Against the Islamic State
Security
The Jihadist Wars
Stratfor Threat Lens
SITUATION REPORTOct 1, 2019 | 17:04 GMT
China: Military Shows Off Some of Its Latest Systems in Anniversary Parade
A parade of military hardware rolled through the streets of Beijing as part of China's 70th anniversary celebration on Oct. 1. Among the systems featured in a broadcast of the event included the country's newest hypersonic unmanned aerial vehicles and a variety of cruise and intercontinental ballistic missiles.
READ MORE
China
Modernizing China’s Military
China in Transition